When do Northern Pike Spawn? Time, Season and Locations 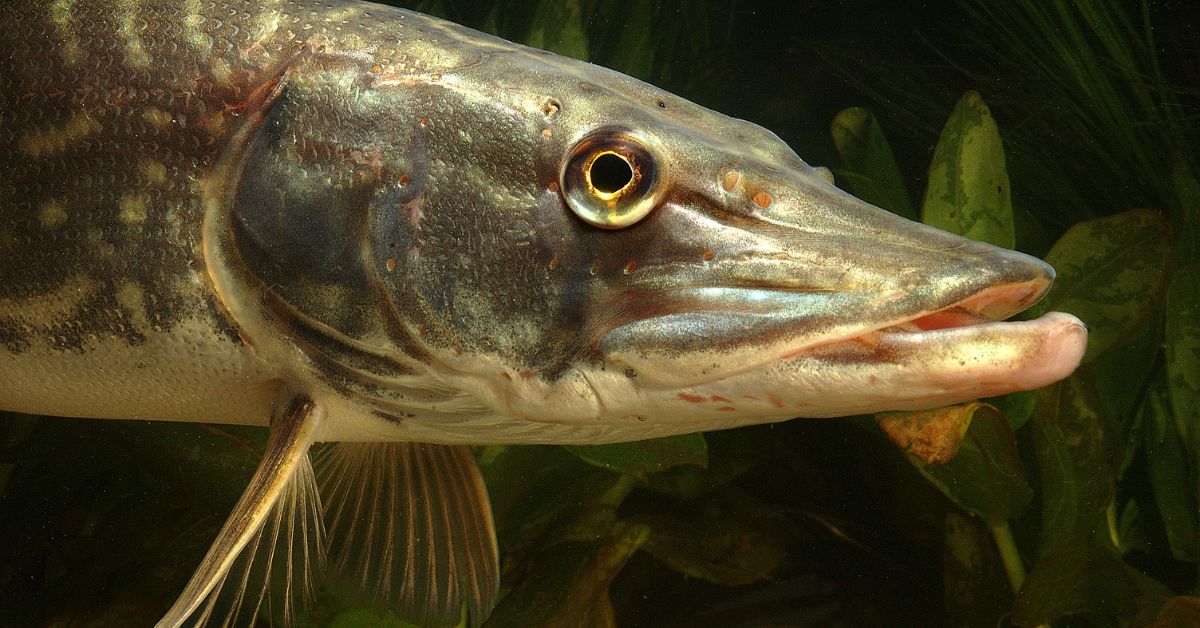 One of the most exciting fish to catch, in my opinion, is the aggressive predator, the Northern Pike. This fish has been one of my favorites for many years and is a great fish for any angler to target, especially if you are looking for something that puts up a good fight at the end of the line.

Northern pike spawn in the early to mid spring months, most commonly in March, April, or May. Unlike a lot of other game fish that share the same water, pike will spawn when the water temperatures are much cooler; usually below 45 degrees Fahrenheit.

Once spawning temps have been reached in your local lakes and rivers where Northern pike live, they will normally be holed up around thick vegetation and brush piles for heavy cover. This keeps the pike’s eggs protected from lesser predators that may feed on them, and ensures the pike can create the next generation.

During What Months and Season do Pike Spawn?

Northern pike thrive in cold water, and while somewhat unusual, they also spawn in this colder water as well. Depending on the global region they populate, pike can spawn anywhere from March to mid May when water temperatures are around 45 degrees Fahrenheit.

In regions such as the upper midwest and northern United States, Northern pike will start their spawning behavior in early April and May. But for southern populations, such as those in Missouri, Illinois, as well as those in the United Kingdom, spawning will start much sooner in early to mid March.

In Canada, where cold winter temps linger longer than they do elsewhere, pike may not start spawning behavior until mid to late May. In fact, it’s not uncommon to see pike spawning when there is still ice on the larger lake bodies, while the nesting grounds are closer to shore or in small bays where the ice has already melted.

What Conditions Do Pike Need to Spawn?

Water temperature is the most important consideration for pike, and they like it much colder than other fish. Temps of 45 degrees Fahrenheit are almost perfect for spawning behavior to begin. Another important consideration is oxygen levels. Since both the eggs and fry will need oxygen, it’s important that there be some very gentle current where the female decides to lay her egg cluster.

Where Do Pike Spawn?

Depending on the size of the lake, pond, tributary, or river pike are found in, spawning takes place in a wide variety of different habitats. Most of my experience in seeing spawning pike is that they will almost always be in or around thick vegetation, sunken brush, and other heavy cover spots.

Sunken trees or flooded trees with thick root systems are an excellent spot to look for spawning pike, as are thick reeds and weeds along the shore. Overhanging brush, shrubs, and tree limbs are also a great spot for pike to use as a nursery as it provides great cover for both the egg cluster and newly hatched fry.

If they are living in a river, pike will seek out bays, switchbacks, or partially dammed areas where the current is very slow. These fish want to find areas where oxygen is still present, but not too much current that the egg clusters and fry are simply washed away.

What Depth of Water Do Pike Like To Spawn In?

Pike are not very picky when it comes to water depth. While three to four feet of water depth is common for spawning, I have seen pike actively spawning in barely a foot of water just off the shoreline or in flooded plains after the rainy season. If the habitat itself is to their liking, the water depth is not much concern to these predatory fish.

How Do Pike Spawn?

As with many other popular game fish species, the male pike will usually reach the spawning locations first. The females will show up a short time later to start scouting out their preferred egg laying locations.

Females are extremely large, much larger than the males, and are loaded full of ripe eggs. During this time, both male and female Northern pike can be highly aggressive towards each other and any other fish that dares to stray too close to the spawning location.

It’s not uncommon to see both male and female pike with scars or damage to their scales from these aggressive battles. However, once the aggressiveness has subsided, the largest male will join the large pike female in their chosen nesting area for the act of releasing and fertilizing the egg cluster.

The golden colored pike eggs will be laid in a huge cluster and, since they are quite sticky, will attach themselves to any vegetation in the area. As the female is releasing her egg cluster, the male will release his sperm in a cloud over the area to externally fertilize the egg.

This process will repeat several times until the large Northern pike female has released all of the eggs she is carrying. It’s also not uncommon for a female to lay clusters of eggs in various different areas as well. She may start in one area, but will finish in an area a good distance away, with the same male providing his fertilization.

Can you go pike fishing during the spawning season?

The spawning season itself is a very good time to go pike fishing. However, once the fish start actively spawning, the bites seem to stop completely. If you want to increase your chances of landing some exceptionally large female pike, try heading out onto the water a few weeks before the spawning season.

Pike will be getting more and more aggressive during this time, and will be ravenously hungry as well. They’ll willingly snap at pretty much everything, giving you a good chance of hauling in a trophy regardless of the bait or lure you use.

In my experience, pike are most eager to strike when there is still some ice on the lakes. In most areas, this could be in February or even early March. After that, the pike will be more focused on the spawning process and will actively ignore your lures and baits.

Spawning behavior with pike can be very aggressive. Males will fight amongst themselves to win the rights for breeding, with the larger males winning the battles, and the smaller ones suffering injuries for their attempts.

Once the largest male has won the fights, he will follow the female to a breeding spot. He will then use his tail and body to bump into her body. This stimulates the female to release her egg clusters. After she has released her eggs, the male will spread his milt around the same area in order to fertilize them.

After the eggs have all been laid, the bigger females will go their own way and the males will remain behind. They won’t guard the egg cluster, but will instead guard their territory aggressively while also attempting to mate with other big females.

How Many Eggs Do Pike Lay?

Large female pike can be absolutely full of eggs. In fact, in Eastern Europe, pike caviar is a popular delicacy when entertaining. Some large females have been estimated to carry around 400,000 eggs, but this number is not exact and different females may carry more or less eggs.
While this seems like an excessive amount of eggs that could cause an explosion to the pike population, you have to keep in mind that while a majority of the eggs will hatch, very few of the young pike will actually make it to maturity. Some estimates have found that upwards of 90% of the fry will die before they reach sexual maturity.

Do pike feed when spawning?

Pike will eagerly feed right up until spawning behaviors reach full swing. In pre-spawn weeks, they will strike almost any type of bait or lure you decide to toss in the water. They will also attack most prey items, and have even been seen feeding on smaller pike.
Once spawning itself begins, feeding will come to a complete halt. No matter what you toss into the area, there is a 99% chance that a pike will not take the bait. Instead of trying to catch pike during the actual spawn, wait until the post-spawn when they are trying to rebuild their energy stores.

Where do pike go after spawning season?

Pike eggs are laid in considerably shallow water, but pike themselves prefer living in much deeper waters that hold cooler temperatures year round. After spawning has completed, females will return to the deeper water to rest and feed, while the males remain behind at the spawning grounds for a short time to defend their territory and fight, while potentially attempt to spawn with other females.

Do Pike Spawn More than Once a Year?

While female pike can hold various ages of eggs inside her body, she can only actively release them during a single spawning season per year. Since a female can hold up to 400,000 eggs, or potentially even more, her body is constantly working to produce eggs.
It’s not uncommon to harvest a female well outside of the spawning months and see her body full of eggs. These would have potentially been released in the following spawning season.