The Best Movies About Fly Fishing of All Time: Our Top 10 Picks 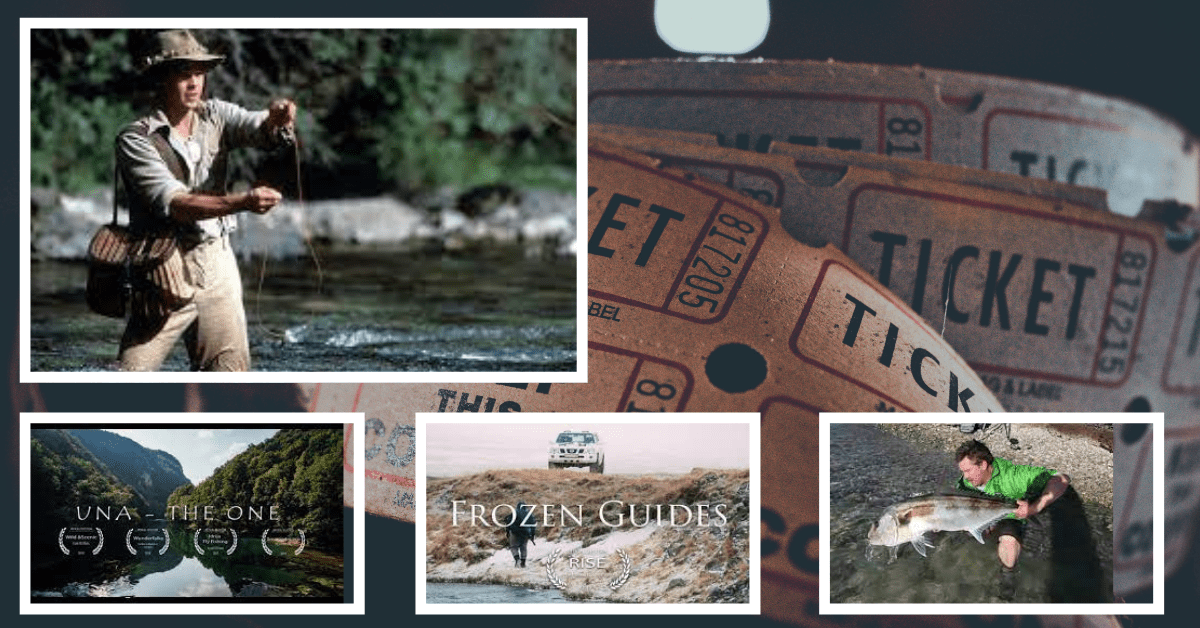 There are relatively few feature films that feature fly fishing, but there are some real gems among those that do.

1.A River Runs Through It

This Robert Redford directed film is the classic movie that people think about when they consider films that involve fly fishing.

A River Runs Through It is based on the Norman McLean novel of the same name and follows the lives of two sons of a Presbyterian minister in Missoula, Montana.

Starring Brad Pitt as Paul, the rebellious younger son, and Craig Sheffer as Norman Maclean, the more studious of the two.

Their paths meet when Norman returns home from college to find Paul has become an accomplished angler who also enjoys drinking and gambling.

The Maclean brothers reconnect with their love of fly fishing as Normal tries to steer Paul back to a more conventional path.

There are some great fishing scenes set in the Blackfoot River (but actually filmed in the Gallatin, Yellowstone and Boulder Rivers in Montana) with the brothers fishing profilic salmon fly hatches.

A River Runs Through It won an Oscar for best cinematography. Robert Redford produced a truly gripping film in which fly fishing is central to the plot and depicted spectacularly and accurately.

Brad Pitt taught himself to cast a fly rod in four weeks before filming began practicing on the roof of his building as he lacked access to water in which to fly fish.

See also: Our list of celebrities who fly fish

This pioneering documentary is a meditation on fly fishing and friendship. Two old friends, JT Van Zandt and Alex “Xenie” Hall, who’ve taken radically different paths in life reunite for a fishing trip. Xenie lives in the wild cutting and selling firewood for a living whereas JT has followed a more traditional path with job and family central to his existence.

They share their experiences confessional-style to the camera allow directors Tyler Hughen and Kahlilu Hudson to construct a story of friendship, rivalry and nature along with beautiful scenes of fishing in British Columbia.

Many fly fishers regard this as one of their favourite fly fishing movies.

The River Why is a coming of age drama with fly fishing front and central.

The main character Gus, fed up with his parents’ bickering, moves out to a riverside cabin with the attention of fishing every day in perfect solitude.

Suffice to say it doesn’t quite go as planned with the discovery of a body leading him to ponder whether the puritan lifestyle in the woods with his own thoughts is really what he wants. Throw in an unexpected relationship with a beautiful tomboy (played by Amber Heard) who is also a fly fisher and the plot thickens!

4.Where the Yellowstone Goes

Another documentary, Where the Yellowstone Goes follows a 30-day drift boat journey down the longest undammed river in the contiguous United States from its origin in Montana.

Director Hunter Weeks makes sure this portrait of a river includes plenty of human stories through interviews with colorful townsfolk in settlements along the length of this river.

Then there’s the fly fishing, which is central to the movie’s appeal.

5.Salmon Fishing in the Yemen

Our last selection is more a romantic comedy than a fly fishing movie, but this light hearted farce (starring Emily Blunt and Ewan McGregor) about a man trying to recreate a salmon river in the sands of the Middle East, has some nice fly fishing scenes and some beautiful scenery in it.

In this section of the article, we’ve focused on pure fly fishing films – ie films where the fishing is central to the work, not incidental.

It was really hard to nail this down to five choices and many will disagree with our suggestions, but hopefully this stimulates some debate about the best fly fishing films of all time.

These films have all featured heavily in fly fishing film tours and are well known in the fishing world.

One of the first of the new guard of fly fishing films, Trout Bum Diaries follows a motley crew of flyfishing obsessives as they travel to Argentina with the intention of fishing the fabled trout rivers of Patagonia.

The crew of fishing buddies battle red tape, mechanical failures and hangovers as they head south on the adventure of a lifetime.

Trout Bum Diaries features some epic fishing for brown, rainbow and brook trout in wild and beautiful locations in an awesome part of the world held together in the narrative structure of a road trip movie.

Predator is a global tribute to predatory fish that you can catch on the fly. It includes incredible scenes of fishing for brown trout, queenfish, barramundi and taimen. It’s beautifully shot by NZ based Australian filmmaker Nick Reygaert and narrated by angler and author Greg French and is an outstanding tribute to fish you can target with a fly rod they really hunt their prey (I have a to declare an interest in this choice as I was in the film in the chapter on Japan – look for me losing a three foot taimen! For more info on fly fishing in Japan click here). It was the feature film of the Rise Fly Fishing Film tour of 2012 and for many people the best fly fishing film of this era.

Tapam was released to rave reviews in following the fly fishing film tour of 2010 and you can see why. Focusing on filmmakers Jan Bach Kristensen and Daniel Goz’s quixotic quest to catch a huge tarpon from a float tube. This exotic adventure fishing trip takes them some of the most beautiful parts of a Central America, where the pair find some incredible fly fishing for large tarpon. The full film is available to watch free on YouTube now.

Una (the One) is a powerful documentary about the main fly fishing river in Bosnia-Herzogovina in the Balkans – home to brown trout, grayling and the rare hucho, also known as the Danube salmon.

The film from Brothers on the Fly (three European siblings and fly fishing obsessives) is a loving portrait of this gorgeous river (so beautiful the Romans named it The One) as well as a warning regarding its protection from the threat posed by a proposed dam.

Many good judges rate Una as the best fly fishing movie of all time.

Frozen Guides is another movie about fly fishing from Brothers on the Fly. It’s focused on the life of fly guides in Iceland, a fly fishing Mecca explored by Reygaert in his great film The Source: Iceland. Frozen Guides focus on guide Matti Hakonarson and his client as they tackle opening weekend in Iceland. It’s a way to beat the rush, but not for the faint hearted with icy temperatures and frigid waters. But there’s the lure of hungry trout and char. This is a great fly fishing film for people who like exploring new destinations through the life of local characters.