Fly fishing Celebrities: A List of 20 Stars Who Love to Fly Fish 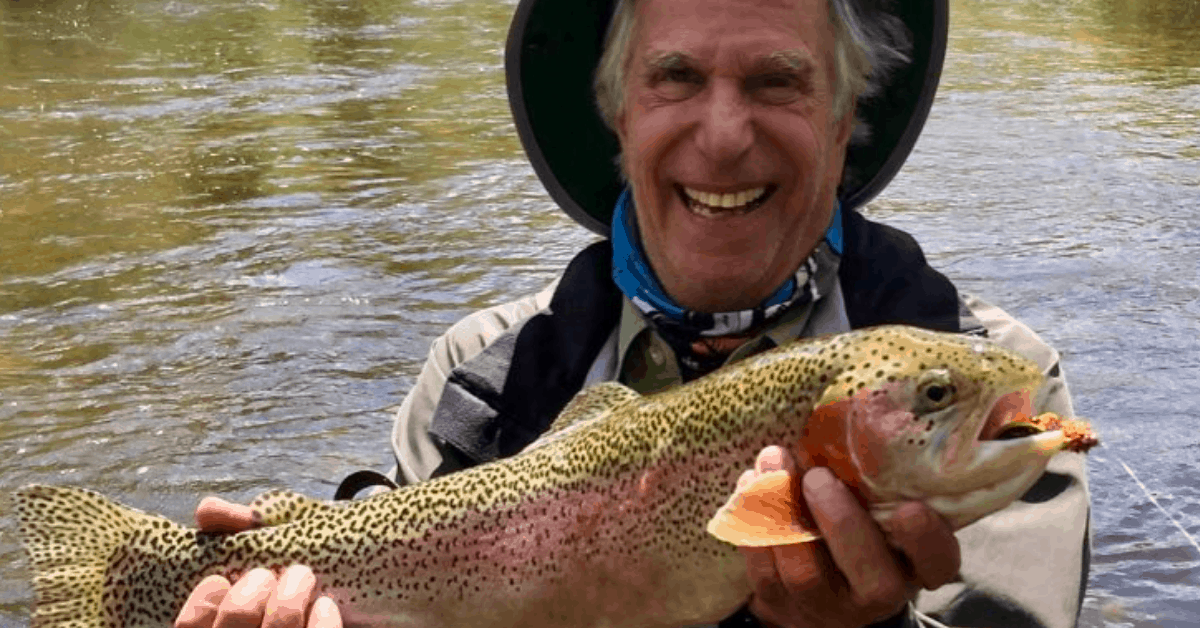 Fly fishing Celebrities: A List of 20 Stars Who Love to Fly Fish

Fly fishing is becoming popular with Hollywood actors, musicians, politicians, business people and other celebrities. Here is a list of 20 prominent celebrities who love fly fishing.

Actors have embraced fly fishing more than other celebrities. There are Oscar winners and other A-list Hollywood actors and actresses who are keen fly anglers.

Redford loves to fly fish in Montana. The actor and director  is well known for founding the Sundance Film Festival and his acting career, including winning an Academy Award for Best Director.

He also directed the fly fishing move A River Runs Through It, based on the book by Norman McLean and starring Brad Pitt.

Harrison Ford, the star of Indiana Jones, Star Wars and a host of other all-action pictures, says that fly fishing brings relaxation and tranquility. The Han Solo actor is a very keen fly angler.

The Fonz actor is a passionate fly angler who loves to fish in rivers and streams. He has been hooking, landing, releasing his own catch since he was 12 years old! He was recently criticised by animal rights activists on Twitter over this great picture he posted below of himself with a cutthroat trout.

Emma Watson, who starred in the Harry Potter films, is an avid fly fisher enjoys fishing with the long wand. “It’s the best form of escapism,” says Emma about fishing in Wyoming where you can really get away from everything for just two or three days at a time!

Tommy Lee Jones loves fishing with the fly for a variety of reasons. The actor feels that it is an art form –  both in how you tie your own flies and how you use them to catch fish.

Kevin Costner is the ultimate outdoorsman. He’s an avid fisherman and fly-fisher, which means he spends hours fishing in nature every day!

Many famous politicians are also fly anglers including former presidents of both political persuasions.

Former president Obama has taken up fly fishing. He fly fished with a celebrity guide at Yellowstone National Park during a vacation trip to Wyoming in August 2015

Former US president George H W Bush fly fishes often when he visits his summer home near Kennebunkport, Maine or any of several residences around Texas.

Former US president Jimmy Carter is an avid fly fisherman. When he was president, Carter established the largest protected marine area of any U.S. president by expanding Alaska’s Lands Act into a 13-million acre wildlife refuge .

Many celebrities from the music industry list fly angling as their preferred hobby. They love to get out in the outdoors and find peace fishing.

Rocker Eric Clapton is another prominent celebrity who enjoys fly fishing. He fly fishes in New Zealand, Scotland and other places and is skilled at the art as is he is with a guitar.

Grammy award winning musician Alison Krauss is an American country singer, fiddler and songwriter who fly fishes in her spare time at the Caney Fork River

Jimmy Buffett is another gun musician who loves fishing with the fly. He enjoys fishing in a variety of locations around the world and in the US.

Bob Costas fly fishes while he’s not working as a sportscaster for NBC Sports. Since he was young Bob has been hooked on the sport of fly fishing due to its mix between outdoor adventure and precision skills that are required for success.

Jimmy Kimmel has been fly fishing for years and it is his main hobby. The talk show legend is  friends with many of the top professional fishers and trout anglers and other celebrities are always welcome to take a fishing trip on his ranch in Montana.

Ted Turner is a man of many skills. He’s an avid fly fisherman who has filmed the sport from all angles, and he also owns more than 100 hotels around the world including CNN (a 24-hour cable news network).

He loves nothing better than casting his line in some pristine river or lake to get away for awhile! He’s also a major landowner in Patagonia, which is renowned for its fishing.

Ted Williams used to go fly fishing when living in Miami during retirement after being an All Star baseball player for Boston Red Sox. He died at 83 years old due to cardiac arrest. His son John Henry has kept his legacy alive by continuing their project of restoring clean water along the East Coast with The Atlantic Salmon Federation (ASF)

Paul Azinger has been fly fishing for years and he loves it!

Paul Azinger is an enthusiastic angler who spends his spare time in the company of trout streams. He is an excellent fly angler.

Tiger Woods is a fervent believer in the calming power of fly fishing. He’s a fan of fishing of all sorts including casting a fly.

Rodeo champion Trevor Brazile is a fly fishing aficionado. He loves to spend time outdoors in nature and tends his own stream with care, trying new techniques for catching fish.