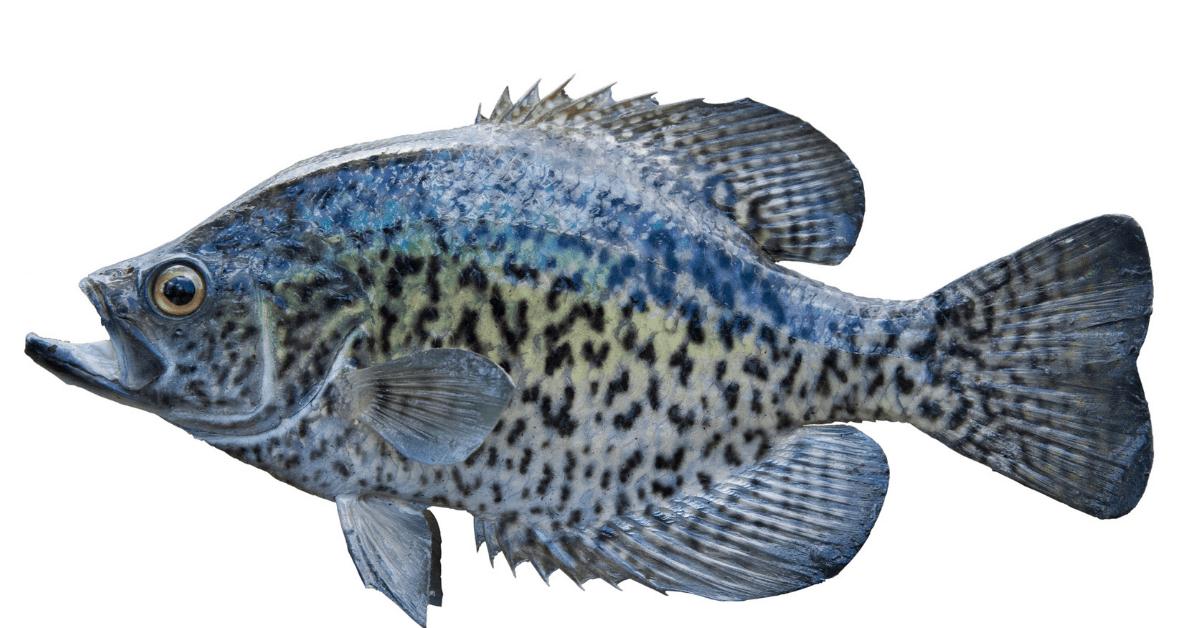 Crappie, slabs, bricks, hogs, specks, white perch- no matter what you call them, nothing is quite as sweet as catching a huge crappie. Imagine your excitement at not only catching a beast, but finding out it’s the new world record. This article will identify the world records and some other notable catches, plus give you some tips for catching a record of your own.

On May 15, 2018, Lionel “Jam” Ferguson of Paint Rock, Tennessee, got off work and did a little fishing. It was warm and muggy, and he was having a slow day bass fishing, so he moved to another spot he knew in the Philadelphia area of Loudon County, Tennessee.

Richeison Pond, a privately owned farm pond, was just a short distance away, and he had caught a few bigger fish from the pond in the past. He began lazily casting and retrieving a Triple Threat John Deere colored grub on a ⅛ oz jig head. His slow retrieve worked. An enormous fish grabbed the bait and dove.

Jam and the fish battled until he got the fish into shallow water. At this point Jam, knew it was a big crappie and didn’t want to lose his fish, so he jumped in the water and pulled it out by hand. The black crappie weighed five pounds, five ounces and was nineteen and three-quarters inches long.

At the urging of his buddy, Jam took it to a local grocery store and had it weighed on certified scales, then contacted the Tennessee Wildlife Resources Agency. Once the Tennessee wildlife officer certified the weight and length, Jam wrapped the fish in wet towels and froze it until he found out if it was a state record.

Ferguson’s catch was not only the new Tennessee state record; it was also the new black crappie world record. The fish has since been mounted and tagged.

The white crappie world record has stood for over 50 years. The fish was caught near Enid Dam on the Yocona River in Yolabusha County, Mississippi on July 31, 1957. Angler Fred Bright was fishing artificial bait on a fast action rod with a Denison Johnson reel when the five pound, three ounce fish grabbed the bait and ran. After capture, the fish’s weight and length were certified by an officer from the state of Mississippi and DNA testing confirmed that the fish was a world record white crappie that weighed five pounds, three ounces and measured twenty-one inches in length.

You remember Lionel Jam Ferguson, who caught the world record black crappie in that little farm pond. This one acre private pond in Loudon County, Tennessee might not have many fish in it, but it seems they are all about the same size. Just a few years before his world record, Jam caught a crappie weighing four pounds, four ounces from this same pond. Not realizing that it might be a record, Jam took the fish home and ate it.

Before Jam Ferguson caught his world record black crappie, John Horstman had the previous record. He landed a 5 pound, 19 inch black crappie back in 2006 while fishing in a private lake near his home in Callaway County, Missouri. After his catch was weighed and certified, Horstman donated it to Bass Pro Shops where the fish lived in the aquarium at the company headquarters in Springfield Missouri until its death earlier this year.

Another massive crappie catch was that of Clear Lake Outdoors owner Dave Burruss, of Lakeport, California. On February 17, 2021, while bass fishing, Burruss spotted three large fish on the screen of Garmin Livescope fish finder. He threw out a 4-inch Keitech Easy Shiner on twleve pound test. He says it took 30 seconds to pull in the four pound, five ounce black crappie. The fish was larger than the previous state record, and after being weighed on a certified scale, it was officially named the new California state record.

Best Locations To Try For a New World Record

Crappie fishing has been associated with the southern United States for years, but more anglers are going after crappies in other states. Crappie fish actually live in fourty-eight of the fifty states. The only places they are not naturally occurring are Alaska and Hawaii.

Crappie prefer to live in warmer water, which is why most of the world record fish seem to come from Alabama, Missouri, Tennessee, Mississippi, Arkansas, Louisiana, and Kentucky. The best time of the year to fish for crappie is late spring. In the southern states, that usually means mid April to early May, when the days are warming up but the nights are still cool. Crappie won’t begin their spring spawn until water temperature reaches 57 degrees. Even then, they prefer to spawn in slightly deeper water than other panfish. Start dropping your bait around weeds and brush piles in the three to four foot deep range.

If you are searching for the perfect place to catch one of these monster fish, there are a few things to look for.

If you must fish in clearer water, fish deep. In brackish water, they won’t be so deep unless it is very cold or very hot out.

Crappie feed on living things, for the most part, and big crappie eat bigger things than smaller ones do. Don’t be afraid to pull your bass lures out of the tackle box and give them a try. Personally, I know at least one crappie was caught on a rubber frog in the weeds this summer.

Other common lures to try are:

How records are measured and verified

All fish state records and world records are maintained by the International Game Fish Association (IGFA) in a public database. Once a large fish is caught, local wildlife officers weigh it using a scale that has been calibrated and certified by a scientific lab. These types of scales can be found in grocers, packing houses, and other locations. State wildlife offices should also have a calibrated scale.

After verifying that the fish is larger than any previous records held in the state, by searching the IGFA database, an angler can fill out the application for examination, DNA testing, and measurement of the catch. If the IGFA determines the fish is a record, the angler will be credited and the record uploaded into the database.

Which are bigger-white crappie or black crappie? 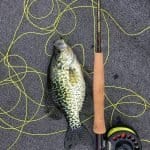 What is the average size for crappie? 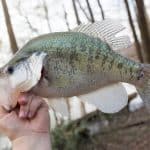 The average size for a full-grown crappie is two to four pounds and around ten inches long.

Most anglers aren’t going to catch a crappie the size of Jam Ferguson’s catch. Huge crappies are not that plentiful, but fishing for crappie of any size is lots of fun. If you are lucky enough to catch a big slab that you think might be a record, immediately contact your local wildlife resources officer to begin the certification process. Your record catch may or may not be a new state record, but you won’t know unless you have it measured.