What Percent of Catch and Release Fish Die? Full Stats 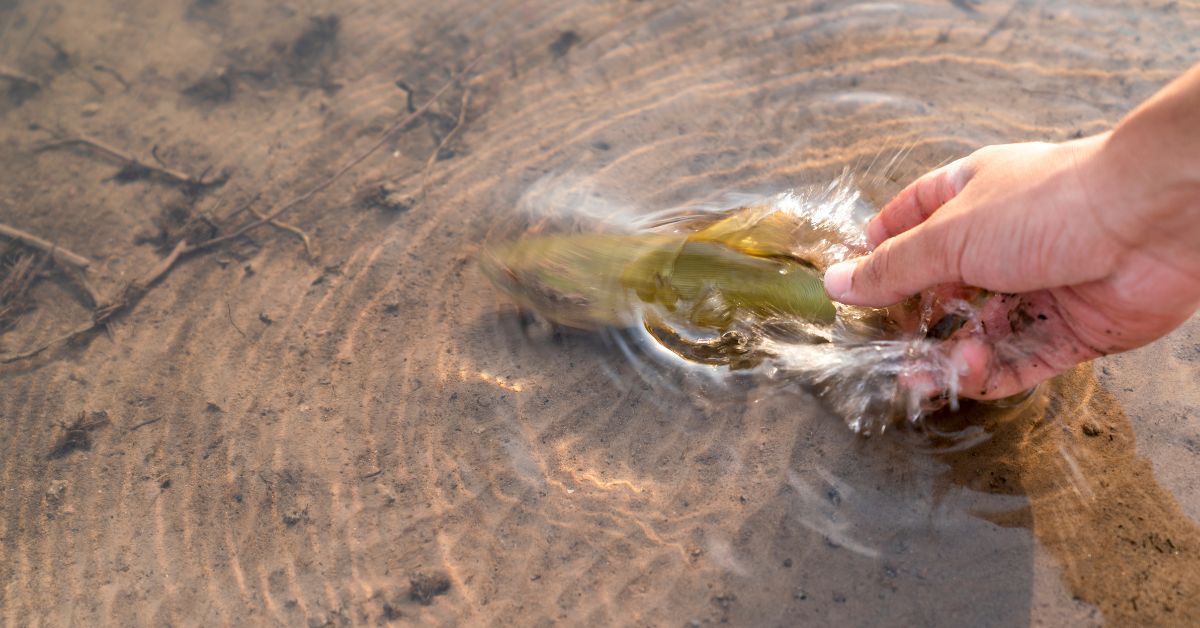 What Percent of Catch and Release Fish Die? Full Stats

Catch and release fishing is becoming more popular these days for fish species where stocks are limited.

Catch and release helps protect stocks of slow growing fish that are prized by anglers.

But do fish really survive after being release?

The answer is yes – most fish do survive after being released.

According to a comprehensive analysis of academic studies on catch and release fishing, more than 80% of released fish survive.

Catch and Release Mortality Rates: How many fish released survive?

This 2005 study called a review of Catch and Release Angling Mortality with Implications for No Take Reserves looked at more than 270 studies into this topic and found that the average mortality rate among the studies was 18% and the median mortality rate 11%.

That means between 82 and 89% of caught fish that are released survive.

The study found increased uptake of catch and release fishing and since 2005 there has been a big emphasis on proper handling of fish to be released, so it may well be that mortality rates among released fish have lowered significantly since then.

The study pinpointed some of the factors that make a fish destined for release less likely to survive. These were:

How to Maximise the Chances of Released Fish Surviving

To be honest the study aligns with all our instincts as fishermen and women. And with the right care and education we can get to a situation where nearly all fish released survive. Here are our tips on maximizing the survival rate of the fish you catch.

Debate over Catch and Release Fishing

The study we referenced earlier showed a big increase in the percentage of anglers fishing catch and release. In 1981, just 35% of fish caught were released, but by 2001 that was 60%.

Catch and release has enjoyed soaring popularity in the US and is well and truly accepted practice in Canada, Australia, New Zealand and a range of other fishing nations.

But in Switzerland and Germany, catch and release fishing is actually considered inhumane under the law and is banned!

When Should You Fish Catch and Release?

This is an individual decision, but for me, I will fish catch and release in the following circumstances:

When It Is OK not to fish catch and release?

The flipside to this is when to take home a fish or two for the table.

I will happily take home fish that are in relative abundance and are good tasting.

Trout are probably a good example here – I would take home a trout caught in a lake with a decent population, but not from a river where stocks are low.

The other situation where you want to take a fish is if it is a noxious fish and rules dictate that it can’t be released. Fisheries authorities have introduced fish that are trying to eradicate and they will make it illegal to throw these fish back. Whether or not you are taking these fish to eat, it is important to make sure you kill them humanely (more on how to do this here and here).