Ikejimi: A Humane Way To Kill Fish For Eating 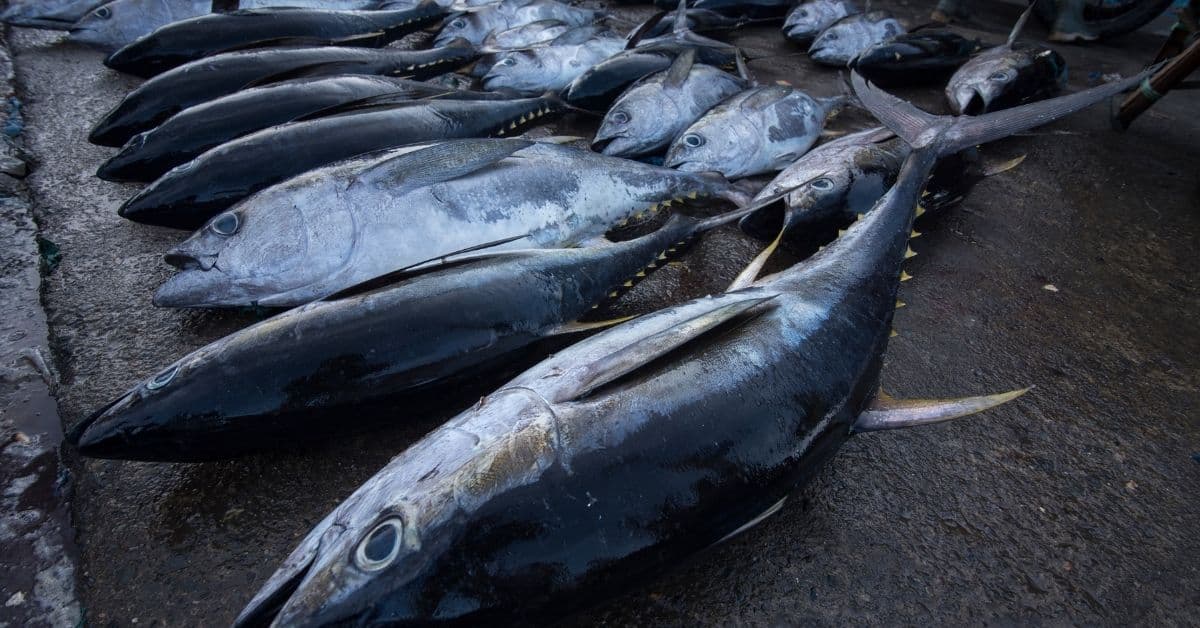 The ikejimi method of killing fish is gaining popularity as it is not only a quick and humane way to despatch a fish you have caught, it is also the best way to preserve the fish for eating.

While using a priest or other object to kill a fish is human too, the ikejimi technique is better from the point of view of preserving the flesh so it tastes good.

In this article we explain the origins of ikejimi, what tools you need to use this method and the steps needed to do it.

What is the Ikejimi Method for Killing Fish?

Ikejimi is way to kill fish that originated in Japan more than 350 years ago. The method involves spiking the brain of the fish to kill it instantly, then using a wire

That’s because as a fish struggles and faces stress, it produces lactic acid and cortisol, which in turn lowers meat quality. Disrupting the brain and spinal cord swiftly minimises the stress signals that are sent out.

Why you Should Use Ikejimi as a Way To Kill Fish

There are several really compelling reasons to use the ikejimi method to kill fish, which are set out below. Even if you don’t use step 3, using the wire to shut down the fish’s nervous system, you should still consider using the brain spike method to kill the fish.

How To Ikejimi a Fish: Video and Step-by-Step Guide

Step 1 Kill the Fish By Spiking Its Brain

Locate the brain (above the fish’s eye) and use a knife or spike (or the specially made ikipik or ikigun devices) to break through the skull and shut down the fish’s brain killing it instantly. If successful, the fish will shudder and its jaw will drop open. Make sure you do this quickly for humane reasons, and also to ensure the fish is not stressed, which affects its taste.

Now bleed the fish by cutting the gills to expel as much blood as possible. The blood contains chemical that negatively affect the taste of the fish, so you want to remove it. Once you’ve cut the gills or tail, give the fish some time in water to bleed out.

The next step is designed to shut down the fish’s central nervous system, which can otherwise continue to operate even though it is dead. You do this by pushing a sharp wire (known as a shinkeijimi wire) into the spinal cord and run the tip along the upper side. The fish will tremble as you go along the spine and once it stops moving, the process is complete and the fish relaxes. The easiest way to do this is by using an ikejimi tool with a wire. In this way you can thread the wire through the hollow brain spike and push it down the spinal cord.

Step 4 Put the Fish On Ice

Once this is done, the key is to cool the fish down to prevent deterioration of the flesh. The best way to do this is by putting the fish in an ice slurry. Failing that putting it in a cooler with some ice in it is the next best method.

The ikejimi method can be used to kill pretty much any type of fish – both freshwater fish and saltwater fish and species large and small. It’s used on large tuna species where sushi restaurants insist on fish being killed this way to maximise freshness and taste. It’s becoming increasingly a requirement in high end European restaurants too and other dining establishments that want to ensure freshness and have a cruelty free supply chain for line caught fish.

To help people with the method there is a great website (https://www.ikijime.com/) that shows the exact brain location for almost all fish species and offers advice and handling and killing them humanely via the ikejimi method.

There is plenty of extra information for anglers on the ikejimi procedure on the internet if you want to research more, but this article has hopefully provided the key steps of the method.

We think this will lead to more humane treatment of fish and people enjoying the taste of the fish that they catch even more!