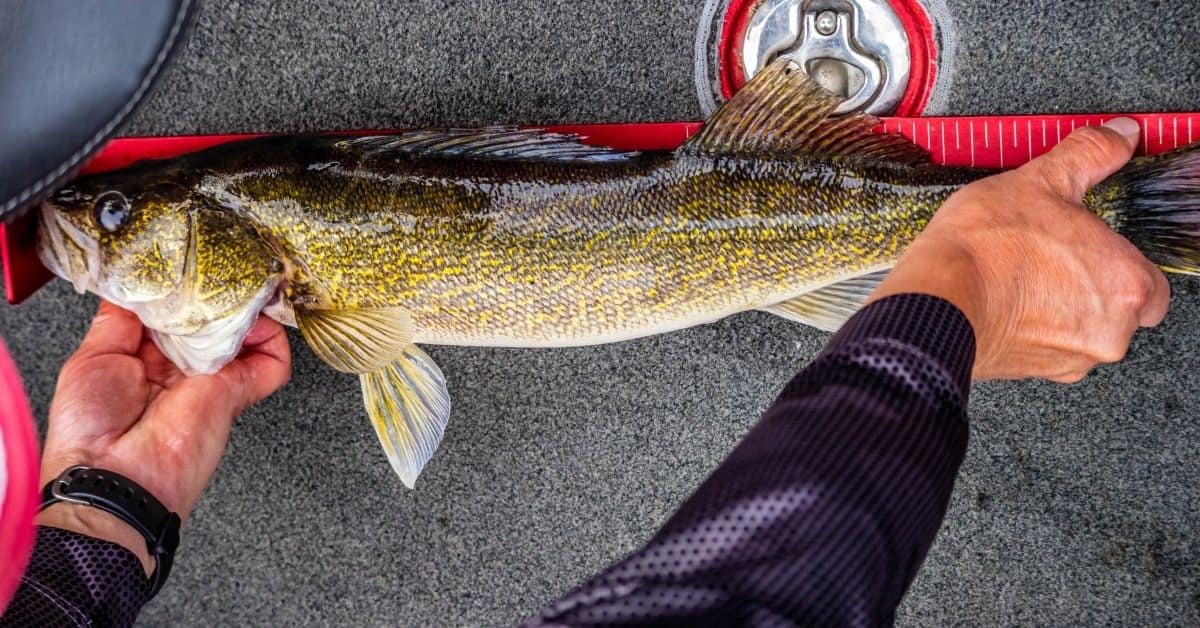 Although it can be confusing, anglers should make sure they understand the difference between bag and possession limits to avoid breaking the law.

In this article we are going to explain clearly how both bag limits and possession limits work and include a few examples.

What are Bag and Possession Limits?

Bag limits restrict the number of a particular species of fish and angler can take (ie kill) during a given period, usually a day. To give you an example, Wyoming has a 3-fish limit on “trout” (all species)  in rivers and streams, and a 6-fish limit on lakes and ponds.  This limit doesn’t apply to different species.

That’s a pretty straightforward example of a bag limit in practice.

Bag limits, also known as creel limits, can sometimes be a bit more complicated with different numbers of fish permissible in, say, rivers than lakes, or at different times of the year.

Bag limits also sometimes include a length too – for example, you can take five fish under 20 inches, or between certain lengths is another form of limit you see sometimes.

To take Colorado as an example, anglers are allowed to keep four trout under the bag limit and have eight in their possession under the possession limit.

It is worth noting for invasive species and fish that natural resources departments are trying to reduce in number, there are often no bag limits or possession limit in place.

Laws on bag limits and how they are apply differ a lot between states. It is important to check the fish and wildlife department site in your state to determine this.

Possession limits can also differ a bit between states, particular in the specific definition of “possession.”

Wisconsin defines its possession limit as “the maximum number of a species that you can control, transport, etc., at any time. It is twice the total daily bag limit”.

Whereas Texas excludes fish in your keeping at home defining the possession limit as:

“The maximum number of fish a person may possess before returning to their residence. Possession limit is twice the daily bag on game and nongame fish, except as provided in this guide, and does not apply to fish in the possession of or stored by a person at their residence.”

What’s the Purpose of a Daily Bag Limit?

Both bag limits and possession limits are aimed at protecting fish resources. Having a daily bag limit keeps pressure from recreational anglers on fish stocks to a defined level helping to ensure populations are sustainable.

Daily bag limits are set and enforced by fish and game authorities in a give state. Information on them is usually provided to anglers when they buy a license and is easy enough to find on the department’s web sites.

Possession limits are a way of ensuring that there is not too much stockpiling of fish in freezers and people eat what they catch without it deteriorating.

Confusion On Bag and Possession Limits

This has come about because anglers are confused as to whether:

These limits apply to both hunting and fishing and are an important part of conserving fish and animal stocks for all to enjoy. It is important to stay within your bag limit at all times and obeying all other fishing regulations including being properly licensed.

While it can take some time to study and understand these regulations, each limit is in place to protect particular fish species, wildlife and game animals in inland waters and coastal zones.