Japanese Trout: A Guide to the Key Types 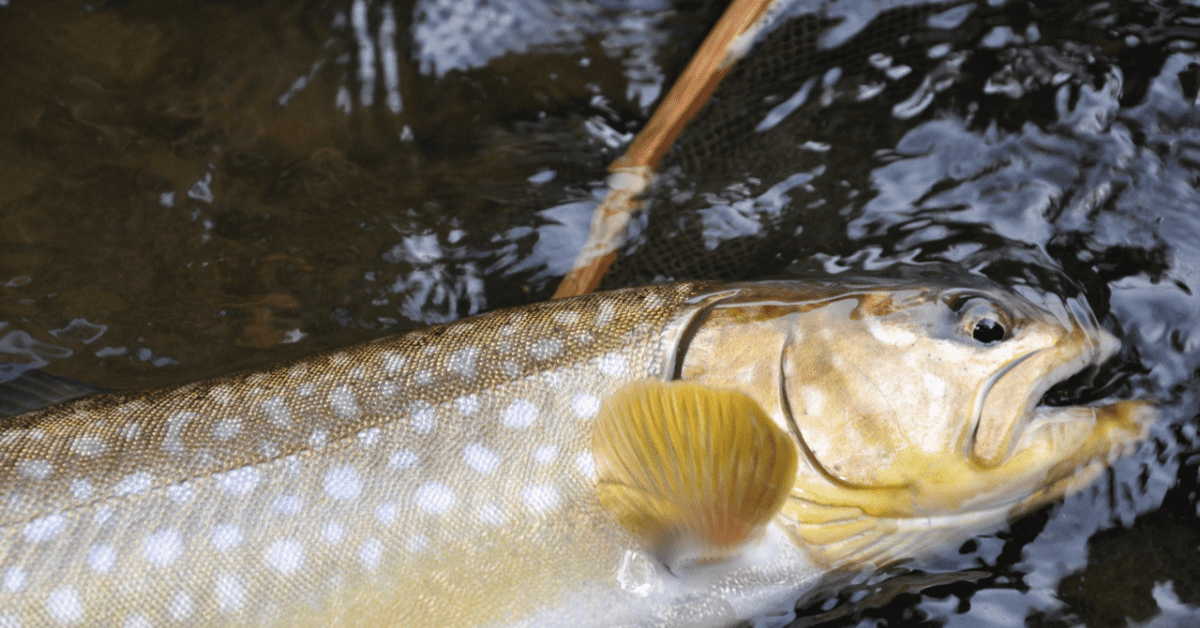 Japanese Trout: A Guide to the Key Types

Japan is home to a wide range of trout species as well as char, salmon and taimen.

From the small landlocked yamame and iwana char in the mountain streams, to the big rainbow trout and returning salmon species of Hokkaido, there is a wide range of salmonids calling Japan home.

In this article we detail the key Japanese trout and a little bit on fishing for them (for more on fly fishing in Japan check out this detailed article).

There are three main types of trout in Japan, all of which have been imported from abroad.

Rainbow trout were brought to Japan in 1877 from a hatchery in California and now thrive in certain alpine lakes in the main island of Honshu, and throughout the northernmost island of Hokkaido.

Both steelhead (sea run) and river run rainbow trout exist in the rivers of Hokkaido and make for excellent sport for fly anglers.

Rainbow trout in Japan’s rivers can reach 25 inches or so (longer for the sea run fish) and become very smart and wily and are a formidable foe for the fly angler to pit their skills against. They aren’t record size, but pound for pound, these fish fight hard!

Rainbow trout are also grown for food in alpine villages in the Japan Alps.

Brown trout are not as well established in Japan as rainbow trout, although there are stocked populations of brown trout in various fisheries in Honshu and a wild population in the rivers and waterways in the Kushiro region of Hokkaido.

There is a population of introduced Lake Trout in the deep waters of Lake Chuzenji, near the popular tourist town of Nikko in the hills behind Japan. Some of these fish have grown to a meter or more (almost rivaling the record lake trout of Canada’s Lake Diefenbaker). They are no longer stocked in Japan as they prey voraciously on other fish.

The salvenius genus is well represented in Japan with several key species found only in Japan.

Indigenous to Japan, there are both anadromous and conventional strains of white spotted char in Japan. You can find the sea-run version in the rivers and lakes of Hokkaido where they are a great sport fish.

Small versions found in mountain streams are known as iwana char and another highly regarded sport fish for those keen on fishing ultra light.

There are also populations in Honshu, which have been boosted by stocking in recent years.

Brook trout were introduced to Japan in 1902 but are only found in a few selection locations these days including:

These fish are modest in size, certainly not world record brook trout specimens.

The oshorokoma is a Japanese variant of the dolly varden that we know in North America. This river dwelling fish is native to Japan and is found only in Hokkaido. It doesn’t reach much larger size than 15 inches or so.

Itoh, or Japanese taimen, are a much celebrated sport fish that reaches up to five feet in length and is one of the world’s largest trout species.

Japan’s variant of the taimen (hucho perryi) is a sea run fish that is found mainly in estauries but can also inhabit lakes and the main body of freshwater rivers too.

A beautiful fish with silvery scales, a powerful head and shoulders and pink hue to its skin, the itoh is an excellent sportfish although catch and release fishing is a must for this threatened species, which is now found only in a few locations in Hokkaido.

Japan gets runs of the main Pacific salmon species and fishing in Japan for salmon is a popular pastime.

The cherry salmon, or sakura masu, is one of the most popular sportsfish both in its sea run form and in the landlocked version, which is known as yamame and is targeted by small stream anglers with dry flies.

Yamame are common in mountain streams and are a particularly beautiful fish. Along with the landlocked iwana, they are targeted by both tenkara fishers and anglers fishing with light conventional fly fishing gear.

Both yamame and iwana grow very wary in their mountain stream homes and must be approached with stealth and careful presentations by the tenkara or regular fly angler.

Large runs of cherry salmon enter the rivers of the Pacific coast of Hokkaido every year and also in Honshu on the Sea of Japan side. They can be targeted off the coast before they enter. Fishing for salmon in rivers in Japan is illegal almost everywhere.

Large runs of chum salmon also return to the eastern coast of Hokkaido each year to spawn, often in small streams barely larger than a drainage ditch. Fishing for returning chum in the surf is great fun, but not always easy.

The other common salmon in Japanese waters is the pink salmon, with its characteristic humped back. There are good runs of pink salmon in Hokkaido, which are keenly awaited by fishermen and brown bears alike. These can provide some great fishing.

Japan sometimes sees individual fish of these two species arrive. They are thought to be lost wanderers and there is no self sustaining or regular runs of either coho or king salmon in Japan.

Final Thoughts on Trout in Japan

Japan is home to an intriguing mix of native and introduced trout, salmon and char species. While much of Japan is heavily populated and urbanised, the mountains of Honshu and the wide open spacies of Hokkaido provide ideal habitat for these fish and a backdrop for some brilliant and varied fishing.