When do Perch Spawn? Seasons, Temperatures and Times 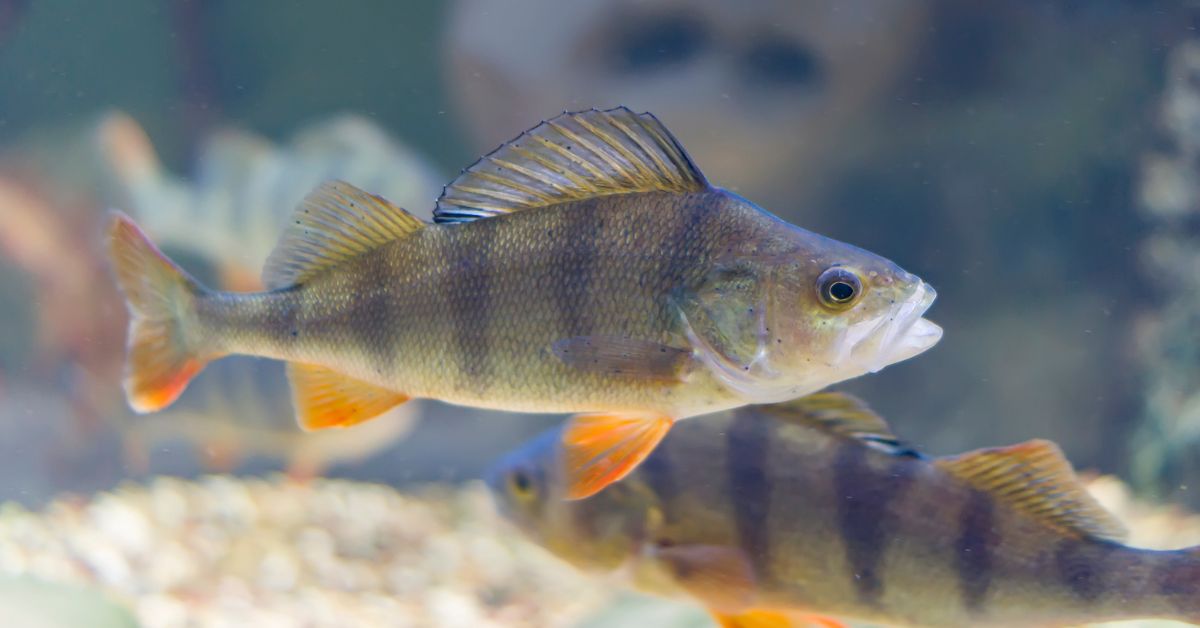 Yellow perch are a small fish with an attractive golden brown color that can be an exciting game fish for any avid angler to catch. They are active, decent sized, and put up a good fight on the end of the line for anyone just starting with perch fishing.

Yellow perch are commonly found to spawn during the early spring months of the year, April and May, as the water temps start to rise. In extremely cold climates, perch may not spawn until early to mid June. Knowing when and where perch spawn can help you determine the best fishing spots to look for them.

What Time of Year Do Perch Spawn?

Yellow perch will spawn all throughout their lifetime with the majority of their spawning behavior happening in large schools in the months of mid-April and May throughout most of their North American region.

In the extreme northern regions, or in years where the winter was especially harsh, yellow perch may not start their spawning behavior until June.

This later spawning season is common in northern Canada, and some northern states in the USA. Additionally, yellow perch that live in the southern United States will usually experience milder temperatures all year, which means the spawning behavior of these fish is commonly seen in early April.

In general, the farther north a yellow perch population lives, the later they will spawn while the southern population will be the first to spawn once springtime actually reaches the region.

Instead of yellow perch spawning behavior being directly tied to the months, instead consider the water temperatures in your area. You can also use the abundance of natural resources such as nearby vegetation as a sign for a potential spot fish can construct nests.

What Time of Day Do Perch Spawn?

Perch have excellent night vision so most of their spawning behavior will happen during the night just before dawn. The spawning can continue well into the early morning hours when most anglers are just getting onto the water, so you may very well pull in a fish that has just laid her eggs, or a male that is actively attempting to bait a female.

Perch are also a small enough fish that they can be prey for bass, walleye, pike, trout, and other fish sharing the same lake or body of open water. By spawning in dark or heavily shadowed water, they have more hiding spots and can potentially stay away from hungry predators.

What Water Temperature Do Perch Spawn at?

The water temperature of the pond or lake plays a huge role in yellow perch spawning behavior. While perch won’t spawn in extremely cold water, they won’t spawn in very warm water either. Finding the perfect balance will depend on the time of year, general climate, and other factors.

Perch will start gathering for spawning when water temperatures reach 45 to 48 degrees Fahrenheit. This lower water temperature helps ensure there is plenty of oxygen in the water which the yellow perch needs for all of the energy they will be expending.

Once they have gathered in the spawning locations, there are other factors which may prevent spawning behavior from starting. This can include predators in the area, a drop in barometric pressure and temperature due to storms in the area, or changes in water current from water runoff.

When the perch feel safe in their spring spawning grounds, the spawning behavior will start. Eggs will be laid and fertilized, and the adult yellow perch will leave the area. Unlike some species of game fish in the same clear water, perch will not defend their eggs. As water temperatures reach 58 degrees Fahrenheit, spawning will cease completely for that year.

Where Do Perch Spawn in Lakes and Rivers?

In small lakes, such as those where perch have been introduced for growing or trophy perch fishing purposes, they will normally spawn in the early hours in areas where water lilies and other coastal vegetation is thick.

This provides plenty of cover for the spawning fish and their eggs, adding a bit of protection from predators. Since this is usually shallower water, and may or may not be near drop offs, perch need this vegetation to help protect them from pike, walleye, trout, and other predatory fish that may try to catch them as prey.

In larger lakes and tributaries, yellow perch will find areas of the lake where there is little to no current from springs or adjoining rivers or creeks. Their eggs will be laid in connected strands and will cling onto sticks, plants, and other debris in the area so they don’t get swept away by the current.

If no thick vegetation is available, seeing yellow perch spawn in rock beds or areas with cobblestone type substrate is not uncommon. The eggs will settle down around the rocks and be protected from predators while also being prevented from getting washed away by any deeper water currents.

How Do Perch Spawn?

Like most spring spawners in North America, females lay the eggs and the male will fertilize it in the water. The one thing that sets perch aside from other gamefish is that their eggs are laid in long strands similar to frog and toad eggs. These egg strands can be several feet long, with some being found up to 7 feet in length.

The egg strands will be laid by the female around vegetation or rock beds. As the female is in the process of laying the eggs, a male will join in and fertilize the eggs by releasing his sperm into the water. This is why perch seek out areas with little to no current, since a high current would prevent many of the eggs from being fertilized.

As long as water temperatures remain steady and within the limit of 48 to 58 degrees Fahrenheit, perch eggs will hatch within 25 days. The tiny fry will then be left to fend for themselves, living off their egg yolk for a few days as they learn to swim and find food such as tiny aquatic insects and the microbes growing on aquatic plants.

What Depth Do Perch Spawn at?

Depending on the lake or pond they are found in, perch prefer spawning in water less than 10 feet deep. It’s not uncommon to see perch spawning beds in 3 feet of water close to shore, but 5 or 6 feet is the most common depth. Deeper water does not allow enough sunlight to reach the eggs and can cause development problems.

If you are perch fishing for large breeding adults, try these shallow waters around the spawning grounds. Also keep an eye open for smaller fish that perch can prey on. Breeding behavior creates hungry perch, so if you can find the items perch feed on, you can find perch.

Perch eggs need some sunlight and some oxygen in order to develop properly and ensure the fry can survive once out of the egg. If the eggs are too deep, UV light won’t be able to penetrate the water and fry may hatch out as poor swimmers, and if it’s too shallow, the water may warm up too much and deplete the oxygen levels suffocating the fry in the process.

Can You Catch Perch During the Spawning Season?

Perch tend to be extremely active and voracious eaters throughout the year. Even when spawning, these fish will not hesitate to grab a quick snack if the opportunity presents itself. It’s not uncommon for anglers to catch fish right in the middle of the spawning procedure, or haul in a massive female still laden with thousands of eggs. (Click here for tips on how to catch perch and this article has some great rigs to catch perch).

Many anglers love eating perch eggs as well. Frying them with a small amount of butter and enjoying them on toast is a great meal or appetizer for some perch fishermen.

However, many anglers feel it is best to release any pre-spawn or actively spawning females safely back into the lakes. This not only ensures healthy perch populations in those lakes, but guarantees you will have more perch to catch in the same water for years to come.

See also: Do Perch Bite at Night (And how to catch them)

Can Perch Spawn in Ponds?

Similar to their behaviors in larger lakes and tributaries, perch do spawn in small ponds such as backyard man-made ponds or old cattle watering holes where perch have been introduced.

Perch that live in smaller ponds will usually spawn very early in the season as the lower amount of water heats up quicker. However, like their counterparts living in large lakes, perch in small ponds will still search for vegetation near shore to attach their egg strands to.

Can Perch Spawn Under the Ice?

While perch may be alive and active under the ice throughout the winter for ice fishermen to catch in North America, they will not spawn in those conditions. Water temperature is extremely important for egg development so if there is a layer of winter ice on the pond or lake, you will not find perch spawning behavior.

Try returning to that area after the winter months once the water temperatures have reached 48 or 50 degrees Fahrenheit and look for signs of spawning perch. Chances are much better you will be able to haul in some large breeding adults during this time. You can continue to do your fishing in this one spot throughout the summer and fall months as well and still catch fish.

What Other Factors Affect Perch Spawning?

Changes in barometric pressure can have a huge effect on many spawning fish, not just perch. If storms are happening in your area, or are expected to pass through, the barometer will be changing frequently. Perch and other game fish can feel these changes much more than other animals can and will change their behavior drastically depending on the weather.

Moon phases can also have an effect on perch, though some anglers argue this. Some swear fish are more or less active during full and new moons, while others say they see no changes. This may be something you will have to test in your own area to see if you notice changes in your local population of perch.