How long can fish live out of water? It Depends… 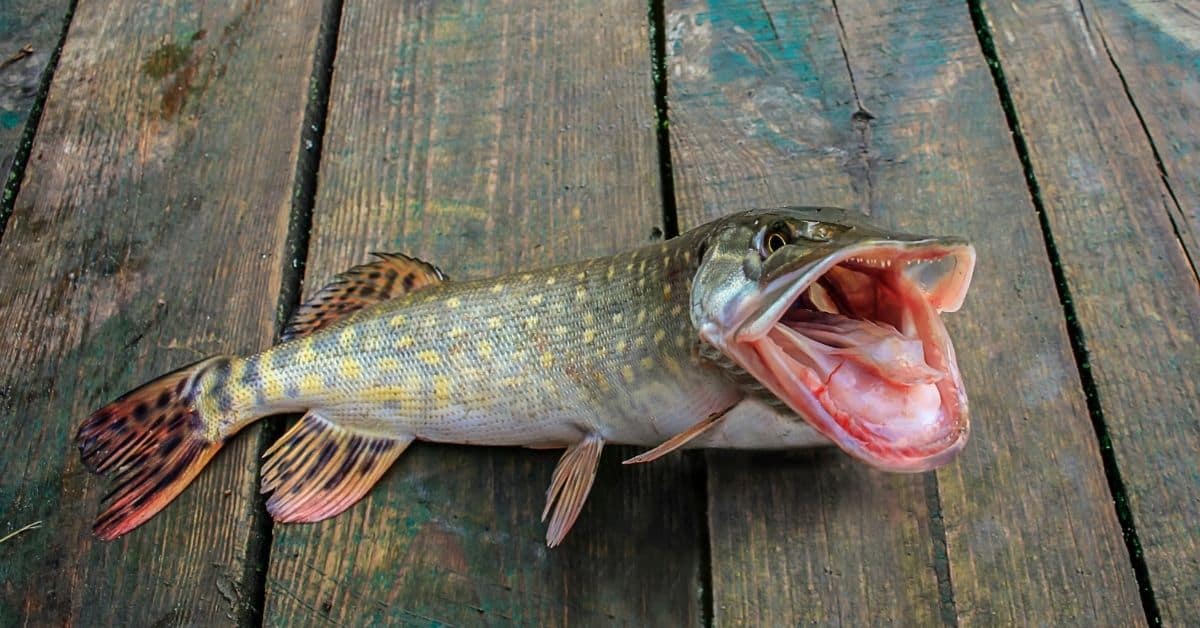 How long can fish live out of water? It Depends…

Much like us, fish need water to stay alive.

Unlike us though, fish need to actually be in the water rather than just drink it as we do. If you take a fish out of the water, it usually won’t be too long before it dies.

In this article, we look at the amount of time, different species of fish survive out of water.

How Long Can a Fish Live Out of Water?

There is no simple answer to this question as there are so many different species of fish.

Some species of fish will die within seconds of being on land, whereas other fish species can survive for much longer.

How Do Fish Breathe in the Water?

It might be surprising to hear that fish actually need oxygen to breathe just as we do. The difference is that where we breathe air into our lungs, fish have gills to get oxygen into their bodies.

Just beneath the surface of the gills are tiny blood vessels which extract oxygen from the water and get rid of any waste products.

There are similarities between our lungs and the gills of a fish although there is one big difference. Gills absorb oxygen from the atmosphere around the fish whereas we breathe in a mixture of gases in the air and our lungs hold on to some of the oxygen in that mix.

The strength of different species of fish respiratory systems varies quite a lot.

Some can survive out of water for a day or two as they can absorb oxygen through their skin and store it for use until they are able to get back into the water.

Other species will die within seconds of being removed from the water.

As long as the gills stay moist, a fish should be able to get enough oxygen to stay alive. If they dry out though – the fish will have no way of getting oxygen into its system and it will quickly die.

How Long Can a Fish Survive Out of Water?

As mentioned previously in this article, the amount of time a fish can survive out of water does vary quite significantly from species to species.

Goldfish (and other pet fish)

Pet fish are either freshwater fish or saltwater fish. Depending on which one category your pet fits into will give you a rough idea of how long they could live out of water.

Freshwater fish have small bodies and quite fragile gills. This means that they quickly die when removed from the safety of the water.

As a general rule, they will survive no more than 10 minutes out of water but it is commonly much less than this due to the panic being out of water causes them.

Saltwater fish have a slightly tougher build and normally last a little longer out of water. 10 minutes is a reasonable amount of time to expect survival but it can go as long as 20 minutes if their gills can stay moist.

Amphibious fish species are quite strange compared to other fish.

They have the ability to breathe oxygen through a lining in their throat allowing them to spend a lot more time on land than pretty much any other fish species.

Each species of amphibious fish tends to have slightly different survival times but some can spend more time out of the water than in it!

Sharks are probably the most famous large ocean fish.

They can survive out of water anywhere from a few minutes to several hours. The species of shark that survive the longest out of water are usually those that hunt in shallow water.

As there is a risk of them getting stranded, they have evolved to be able to stay alive out of water long enough for the tide to change and carry them back out to the deeper ocean.

You might think that Great White Sharks are invincible but if one leaves the water, it likely won’t survive longer than most other saltwater fish species.

In ideal conditions, these types of fish can survive somewhere between 2 and 30 minutes out of water.

Being on land does not help them though so the longer they are out of the water, the lower their chances of survival are.

These fish are the type you might see in horror movies as some are very unique looking!

Special species such as the walking catfish have been able to develop an extra organ that allows their gills to absorb oxygen from the air.

This allows walking catfish to spend much longer periods of time out of the water than you might expect.

Lungfish are also a pretty unique species as they can survive up to one year out of water. This adaptation has occurred due to living in flood plains where their habitat can quickly dry up. They are able to secrete a layer of mucus over their bodies which forms a cocoon-like barrier around them where they can breathe and wait for the water to return.

Siamese Fighting Fish (like the walking catfish) have evolved to have an additional organ that allows them to breathe out of water.

This is not something they like to do though and it is usually reserved for when oxygen levels are too low in the water where they are living.

Most common fish can survive out of water for no more than 10 minutes with saltwater fish being the hardiest of all.

The exceptions to this general rule are amphibious fish and special species such as walking catfish and lungfish.

Some of these species can live out of water for long periods of time, even up to a year or more although most don’t choose to do so.

Fish breathe underwater thanks to their gills and tiny blood vessels within them.

If removed from the water, most fish die very quickly so, like all marine creatures, they are best left in their natural habitat.

Even just a few seconds on land can be disastrous for some fish as survival rates out of water range from just a few minutes all the way up to several days and beyond.