How Long Do Bass Live? And More Amazing Bass Facts 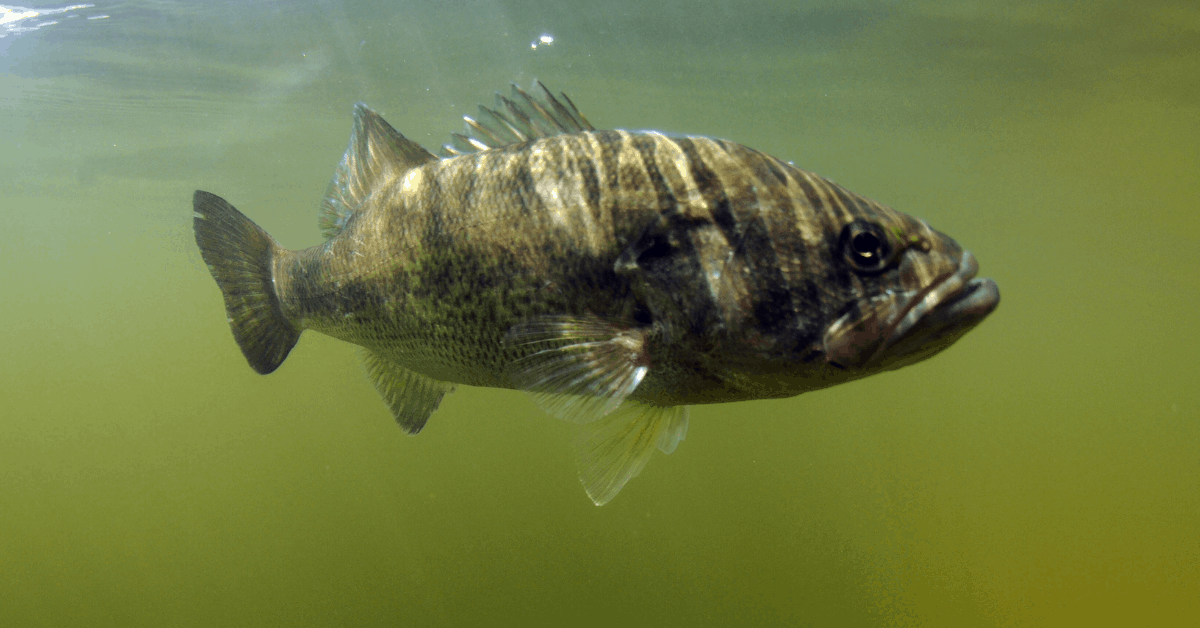 How Long Do Bass Live? And More Amazing Bass Facts

Largemouth and Smallmouth Bass are an extremely popular and well known fish type around the world. In the United States, Largemouth Bass are the epitome of the perfect freshwater sportfish around the country. In addition to being found in many bodies of water naturally, tens of thousands of acres of privately owned ponds have been stocked for bass fishing as well.

You can also find bass of various types stocked in ponds and lakes in other areas of the world including Canada, Japan, China and Europe to be raised for tournament fishing. Bass can also be used in aquaponics on a commercial scale, with a wide number of facilities utilizing them for this purpose. Regardless of how they are reared, bass are released alive around the world in such numbers they rival every other species of freshwater sportfish.

In this article, we will go over the lifespan of both largemouth and smallmouth bass, and how that relates to their size. We’ll cover differences in growth speed and how the different strains and water temperatures can help or hinder those growth rates.

On average, largemouth bass are commonly found around 16 inches in length, with the largest being two inches shy of 40 inches. There are countless factors in how and why some bass would survive to reach this size and others never will.

What is the lifespan of a bass?

Various studies have been done to determine the size to age comparison of caught bass. In Florida, a study was done by a variety of anglers that were able to catch over 800 trophy sized bass that weighed more than 10 pounds. The point was to see how the growth rate related to how long bass live.

In studying the internal bones of the fish, the anglers found that the youngest fish caught in this study was 4 years old, while the oldest was estimated to be around 16. Yet all of the 800 plus fish were close in weight pound for pound.

The study concluded that the young fish were caught on a variety of bait types in areas that stayed a higher average water temperature, such as in the south lake areas and some riverways. The higher temperature increased the young fish’s metabolism and as long as food was plentiful, they could grow at an incredibly rapid rate per year.

On the other hand, the older fish were caught from the northern part of the state, where the temperatures fluctuate much more often and the average temperature of the water is much cooler. Fish in these conditions live longer on average, but grow at a much slower rate. Their metabolism is slower and their growth rates are not boosted by warm temperature water all year round.

In addition to the water temperature having a correlation between age and size, the lifespan itself can be determined by genetics, the abundance of food to eat, water quality, and oxygen levels.

Smallmouth bass are normally caught in clear water at the sizes of 12 to 16 inches. The current record for the longest smallmouth bass is a female that was just over 27 inches. Males of the species remain much smaller.

In states that limit fishermen on the size of the bass they can keep, 12 inches is normally the minimum. Smallmouth bass can take up to 5 years to reach this size in a lake. By having this recreational bass fishing limit in place, the overall population numbers are preserved since there will always be smaller fish growing up to take the place of the large ones that have been harvested.

As with most bass types, smallmouth bass fry will eat small water creatures such as seed shrimp, detritus worms, and any aquatic insects that fit into the mouth. Once they grow large enough, they will start feeding on other fish, including other smallmouth bass if the opportunity presents itself, crayfish, and any insects or lizards that may have fallen into the lake.

Largemouth bass can be much more aggressive than their smallmouth relatives. When it comes to their feeding habits, they will not hesitate to cannibalize other smaller bass that may not survive the spawning season. They have also been seen eating a variety of crustaceans, terrestrial insects, frogs, toads, and even birds.

How long can bass live out of water?

When getting a photo of your trophy catch, it’s always best to get the fish released back into the water as quickly as possible. However, various studies have been done to see just how long bass can live out of the water. These studies have found that 20 minutes is the longest any bass has survived, though many die at 10 or 15 minutes.

This can also have a lot of additional factors, such as the stress level of the fish. Hooking your trophy bass when fishing can be a struggle for both of you, and the fish will expend incredible amounts of energy trying to release itself. This level of stress alone can be the death of some fish without the additional stress of them losing their breath by being kept in the open air.

The general recommendation is to pull the fish out of the lake carefully, remove the hook as humanely as possible, take your photos, and get the fish back into the lake within 5 minutes. Don’t throw the fish when you release it, drop it back in gently . This gives that fish the best possible chance to recover and be a trophy catch for some other lucky fisherman later on.

How Fast Do Bass Grow?

Largemouth bass in warm water with an abundance of food and aeration in that water can grow up to 6 inches in their first year of life. If those same ideal conditions continue, bass grow an additional 6 inches of length each year for the next two years. However, most fish will only add three to four inches in their third year.

Growth rates and final lengths can be limited by genetics and the exact number is not normally known. Some aquaculture sites are keeping eggs from females that are predisposed genetically to reach larger sizes and weigh more than other types or strains of bass. Over time, these selective spawning programs may help increase the average trophy size of some bass species.

Bass growth speed will depend largely on the abundance of food and how difficult it is to obtain that food. For example, if a bass has to chase their prey items around and expend a great deal of energy in doing so, their growth will be slower on average. They are burning as many calories as they are eating when they have to chase their food down.

On the other hand, a bass that has access to easy and nutritional prey, such as fish that school tightly without being extremely fast and elusive, will not have to burn as many calories catching their food. As a result, they will have more reserves to put into growing instead of energy replenishment.

Also, prey types can be a huge factor in growth speed. Crayfish are relatively easy for bass to catch as they remain down at the muddy bottom, but are not very nutritious overall. The same can be said for frogs and a variety of aquatic insects. Bass that feed exclusively on crayfish and flighty non-schooling fish will not grow as quickly as those that feed on slower schooling fish.

While rivers and lakes or ponds that are fed by a live spring are much higher in aeration and oxygen levels, wild bass normally will not grow as fast in this habitat. The reason is due to the water climate in spring fed and moving water. It is much cooler than ponds or lakes that don’t move, especially in the winter or sites where ice can collect on the surface, so the bass will not have as active a metabolism as fish in warmer waters.

There can be a wide range of variables in size between fish of the same age that are living in the same population sites. Some may just be more aggressive feeders, willing to taste and eat a wide range of different foods, and put up a fight to take down larger prey items. These fish will grow faster and larger than those that wait for food to come their way.

Fish of the same age can vary in length by up to 4 inches even if they are from the same spawn. A group of bass raised together in a pond were studied alive and found that the smallest of this same age group was 11 inches long, while the largest was 15 inches. The average length for a three year old largemouth bass was 13 inches.

Weight of largemouth bass does not directly relate to their age either. In fact, a bass that weighs 5 pounds can be anywhere between 7 and 15 years of age. The only way to know for sure would be to harvest this fish and study it’s internal bone structure for verification. Size to age ratios are not the same across any largemouth bass and can depend on countless factors including genetics, climate, abundance of food, energy spent finding food, and more.

Largemouth bass can be broken down into two different strains; the Florida and the Northern. While these are the same species of fish, they are considered different subspecies. The Florida strain differs in skin appearance slightly over the Northern strain. For example, the Florida will have smaller scales than the Northern, as well as more scales along their lateral line.

Since the Florida strain is found in warmer waters, they can grow at much faster rates and reach larger sizes overall. As a result, they are much more commonly selected for stocking private lakes and ponds in warmer climate areas.

While bass can be long lived and grow to some incredible sizes for their species, it will depend on a wide range of factors to get the whole picture. Whether you are searching for that next big trophy bass to have on the end of your hook, or you simply wanted to know more about bass sizes in general, this article should have helped give you an idea of the possibilities as well as factors that go into growing a big bass.