What Are Parachute Flies? Plus Our Six Favorite Patterns 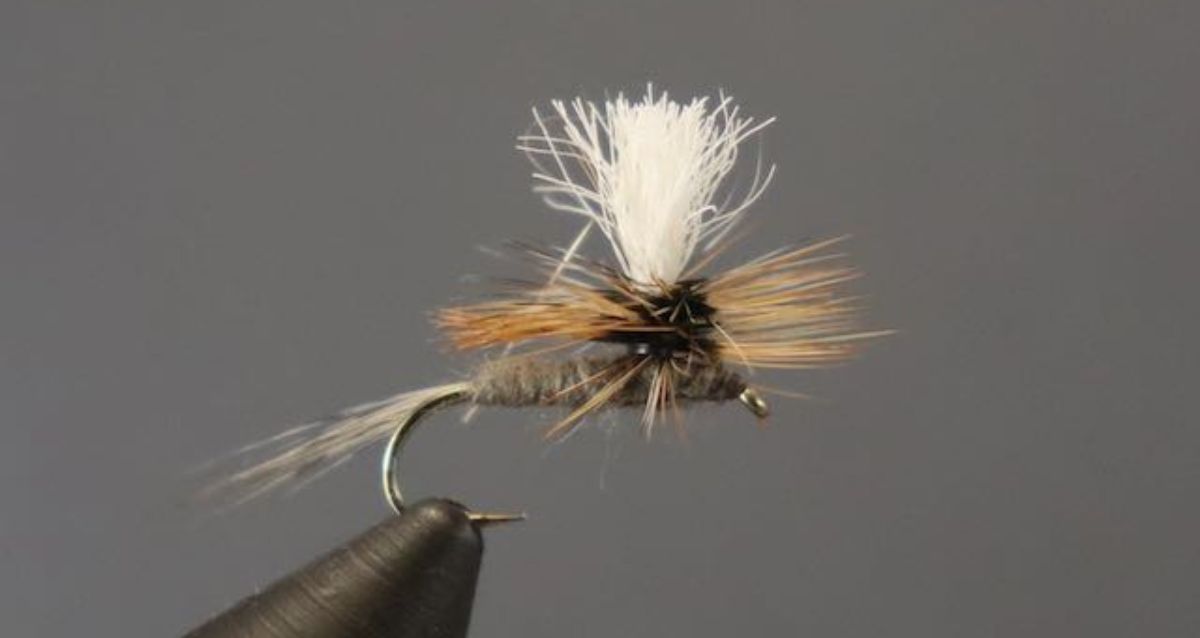 What Are Parachute Flies? Plus Our Six Favorite Patterns

Parachute flies are simply flies with the hackle tied horizontally around a vertical post rather than around the hook shank (as in a conventionally hackled fly). The picture below makes this a bit clearer.

Some of the advantages of a parachute hackled fly are:

Parachute patterns have become very popular in recent times for these reasons.

There are many parachute mayfly patterns, some parachute caddis patterns and even some terrestrial patterns such as ants and even hoppers. I think the parachute style works better for almost all dry flies, with the possible exception of beetles where I believe the fibres of the conventional hackle protruding through the surface film make a better representation of legs.

We’ve gone through some of our favorite parachute hackled flies in this article.

Probably the most famous parachute dry fly out there is the Parachute Adams. It is a mayfly imitation tied with a bright calf tail or Hi-Vis post.

As well as white posts, we tie ours with fluoro pink or green posts for fishing faster glides and black posts for fishing into the twilight (they really stand out in the silver mirror water) and always have a range of colors in the fly box. See here for step by step tying instructions and or view the video below.

There are a range of parachute fly patterns tied to represent grasshoppers. The typical parachute hopper has a white post and is tied on a long hook (say Tiemco 5212) with a relatively bulky body. The parachute hackle helps the fly float correctly and the white post stands out nicely in rapids, pocket water and other spots where a fly can get buffeted around.

Ants flies, in my opinion, are one of the most underused dry fly styles out there. I still have fond memories of catching a big white-spotted char in Japan (see here for info on Japanese trout species) on a tiny ant pattern on a local guides recommendations despite the water teeming with big mayflies. I figure an ant just tastes nice to trout – kind of like a chocolate after dinner. I have always got a range of dry fly ants in my fly box year round.

Klinkhammer patterns are usually tied on curved hooks with the tail dipping down beneath the water surface to present like an emerging dun. This type of fly needs to be tied parachute style as the collar of the hackle helps align the fly and keeps the thorax above the water. Here’s one of our favorite parachute dry flies – The Bassano Klimkhammer.

See here for detailed tying instructions or the video below.

These deadly little dry flies are tied on small sized hooks (#16 and #18 often) and are much better tied as parachute flies. This makes for a more realistic presentation and ensures the fly sits right on the water. The highly visible post also makes the fly easier to spot in low light, which is often when you will reach for this fly.

The Yellow Sally is a great little caddis fly pattern with an orange hot spot and some CDC (depending on the pattern) that is not usually tied as a parachute dry. I reckon it is better tied parachute style though and I use a lot of para Yellow Sallies on small streams in my area and the trout just love them.

Things To Watch for With Parachute Fly Patterns

These tips apply whether you are tying your own parachute flies with some simple materials or buying patterns from a store.