Tilapia Fishing: How To Catch This Tasty Fish 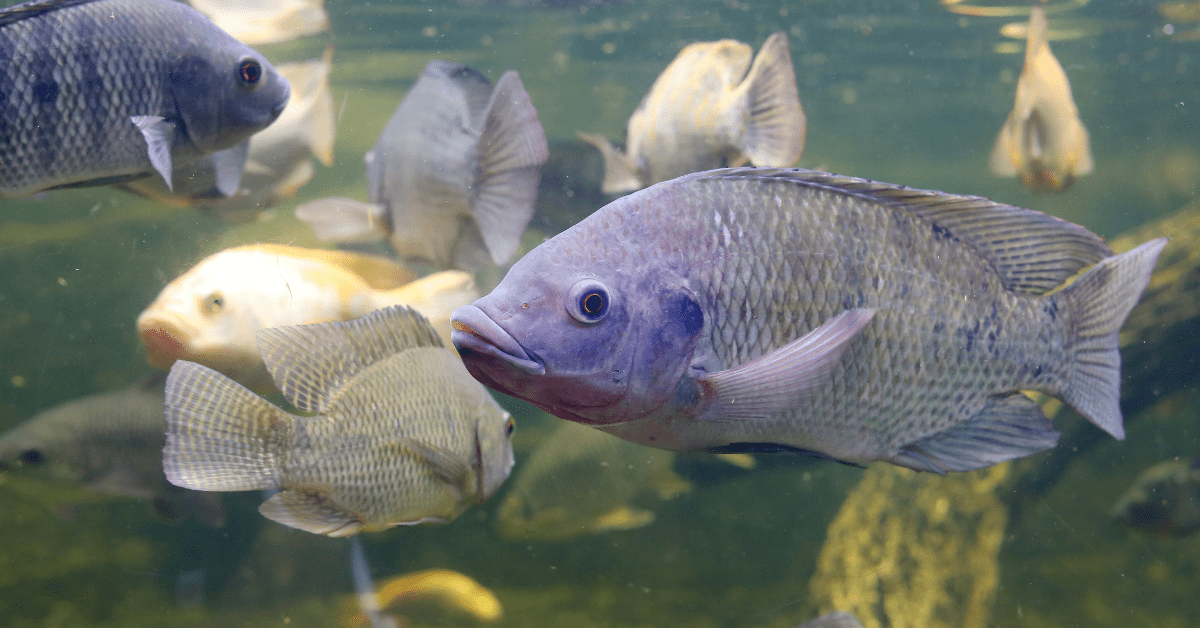 Tilapia Fishing: How To Catch This Tasty Fish

The tilapia is one of the most consumed fish species in the world. While farm-raised tilapia is plentiful and widely offered at eateries, wild-caught tilapia is healthier and more flavorful. This article will give you pro tips for catching tilapia in the United States.

The tilapia fish is a relatively small fish native to the Middle East and Africa. The fish resembles a sunfish in shape and size. Large, full-grown tilapia fish can reach weights of up to ten pounds in the wild.

Like other fish species, there are different subspecies of tilapia- the Nile, Blue, and Mozambique varieties. The Nile tilapia is the fastest growing variety, and for this reason it is the favorite of commercial growers. This blackish grey football-shaped fish can reach weights of up to 2 pounds in just 5-7 months. Because it grows quickly and consumes an inexpensive, plant-based diet, this subspecies of tilapia fish has become the most plentiful farm-raised fish in the world. Its mild flavor and low mercury levels make it a perfect farm to table fish.

Wild tilapia live in shallow waters of freshwater lakes, rivers, and estuaries and feed on naturally occurring periphytons including various forms of algae, cyanobacteria, and organic microbes. They will also feed on insect larvae, the roots and stems of aquatic plants, and tiny hatchling fish.

The Blue tilapia, originally introduced to the United States to control algae blooms in canal waters, is abundant in the warm waters of Florida, Alabama, and Texas. They have also been placed in power plant discharge ponds as far north as Idaho to control algae. Anglers find fishing tilapia rich canals and rivers to be fast-paced and challenging.

After realizing that anglers would catch tilapia, the Mozambique tilapia was introduced as a sportsmen’s target fish in southernmost Florida. While not as fast growing as the Nile Tilapia, the Mozambique subspecies can gain up to two pounds a year and reach weights of up to ten pounds in adulthood. These fish prefer water temperatures above 80 degrees and will travel further south when water temperatures drop below 75 degrees.

Fishing for tilapia is an exhilarating experience for anglers. These chunky, small fish are aggressive and put up a strong fight. Catching tilapia is fun, but you can’t use the same techniques you use with bass or crappie.

As mentioned earlier, all the tilapias prefer warmer water temperatures and shallow, brackish waters. Many people have luck tilapia fishing along riverbanks, along the edges of small ponds, and in shallow canals. In other words, bank fishing for tilapia is possible, and that is part of their attraction among anglers. With just a fishing rod, some light tackle, some bait, and a fishing license, you can plan a tilapia fishing trip.

Fish during their spawning season

The male tilapias dig out the nest. They will form spawning beds along the sandy or muddy bottom of a small pond or the slow-moving waters of a calm river by scooping out soil. The spawning beds look like craters occurring underwater. These spawning beds are easily seen in shallow waters. Because of their territorial instinct, male tilapia will hang out around these spawning beds to prevent predators from feeding on the thousands of eggs the female deposits. Tilapias spawn every 17 days in water temperature above 75 degrees.

Use the right tackle

Catching tilapia depends on having the right gear. Light tackle is key. A fast-action, ultralight fishing rod will let you feel the bite the minute it happens, which is necessary because of the tilapia’s delicate mouth, which can easily tear. A strong hook set can damage the fish.

Because these are relatively small fish, light line and a small hook will help you feel the bite and land your catch.

Keep your distance to avoid scaring them

Once you find the right fishing spot, you won’t have any trouble spotting the tilapia. Catching tilapia can be a challenge, though. These fish are skittish, and they will swim away if your shadow crosses their nest or if your lures cause too much of a disturbance near their spawning beds. For best results use shorter lures cast beyond the bed or suspend peas or corn from a small hook hung under small floats or bobbers.

Use the right bait

Tilapia are largely herbivorous and any bait used should be common to the tilapia diet of plant foods, algae found on sea structures, or extremely small invertebrates.

Anglers have had luck using smaller hooks with baits like corn kernels, peas, and bread balls. Other bait options include tiny insects or a small piece of earthworm. Be sure to place the bait completely on the hook, so the barbed tip protrudes. Use a small split shot to add some weight to the hook.

Kill the tilapia humanely and be sure to enjoy a meal

Tilapia are plentiful, so catch and release is not necessary. The mild, flaky flesh makes a delicious meal, so keep any that you catch. Be sure to consult your state’s fishing guide for size limits, and be sure you have the proper license.

After catching your fish, dispatch them humanely by striking them on the head or stabbing them through the brain with your fishing knife. Immediately place them on ice until ready to clean and cook them.

Tilapia’s mild flavor pairs easily with a variety of herbs and spices, creating a multitude of recipe ideas. Baking, broiling, and frying are all successful techniques for preparing tilapia.

For an easy to prepare, tasty meal, pair your tilapia fillets with garlic, butter, lemon juice, oregano, thyme and crushed red pepper flakes. Bake on a foil lined sheet for 12 minutes at 350°. The baked fish will flake easily with a fork.

If you prefer pan seared tilapia, pair it with some cajun blackened seasoning and use a seasoned cast iron pan for amazing flavor. Sprinkle both sides of the fish with the seasoning. Get the pan hot over medium high heat, and add one tablespoon of oil. Sear the fish for 3-4 minutes per side. Drizzle with lemon juice and garnish with lemon slices. Serve on a bed of rice for an easy, filling dinner.