What Does it Mean to Foul Hook a Fish? 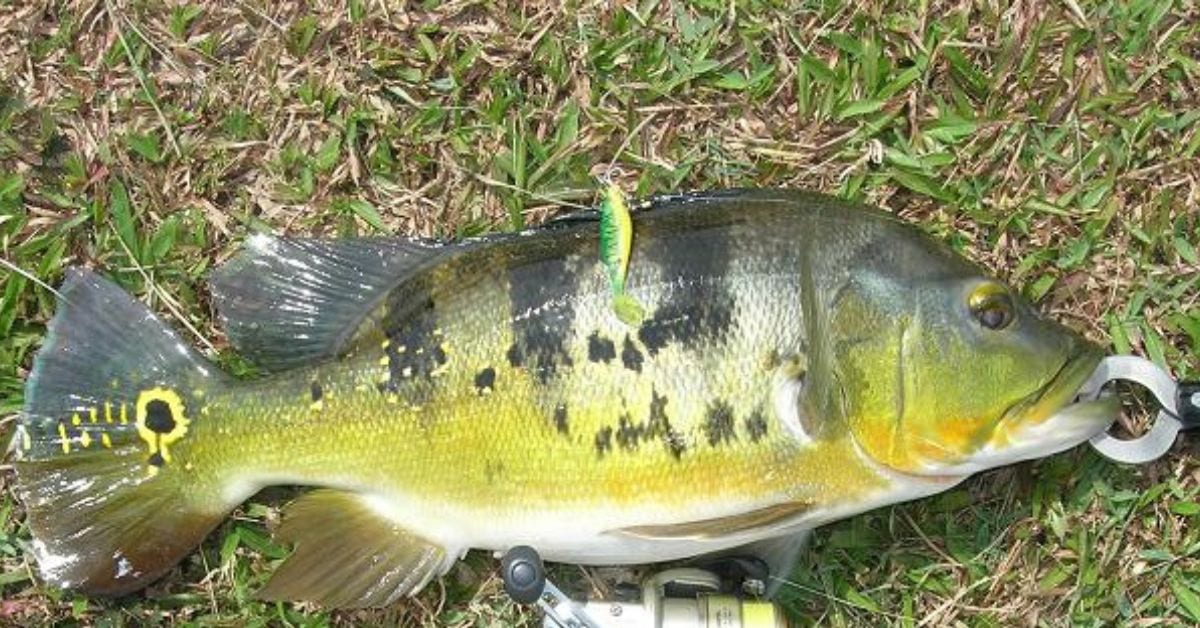 Foul Hooking a fish means hooking it anywhere other than in its mouth.

It usually occurs accidentally when you are fishing to a school of fish that are densely packed in the water.

How Do Fish Become Foul Hooked?

Anglers normally foul hook a fish when there is a high density of fish in the water. Sometimes it occurs when an angler lifts the rod hard to strike at a fish that’s already moved on but the hook rips up into a nearby fish.

Other times it might occur when an angler is retrieving a lure through a school of fish and one of them doesn’t get out of the way fast enough.

Most often, foul hooking occurs when you are fishing to a big school of fish in a confined space.

Fish can be foul hooked in any part of their body from their head down to their tale.

Why do Foul Hooked Fish Fight So Hard?

I’ve fished during big runs of chum salmon in Canada where it is not uncommon to foul hook a fish. The etiquette there is to point the rod tip at the fish and bust the line simply because it is not possible to stop a big salmon without folllowing it down river and that would involve crossing over numerous others anglers’ lines.

What Should You Do with a Foul Hooked Fish?

The same as with any fish, you should try to land a foul hooked fish as quickly as possible to minimise the distress to the fish. This applies whether you are fishing catch and release or you are keeping a fish to eat.

Once you get the foul hooked fish into the net, you should remove the hook as quickly as you can. Sometimes, if the hook is in past the barb, it may be hard to remove and you may need pliers or a pair of forceps to get it out.

Then you should either release the fish, if that’s plan, or kill it humanely if you are keeping it.

Can you Keep a Foul Hooked Fish?

Yes, while it is illegal in some regions to deliberately foul hook a fish, if the foul hooking occurred accidentally you can keep the fish.

If you foul hook a fish and it is damaged in the gill plate, eye, head or other sensitive area, then it may be unlikely to survive and you should humanely kill it (via the ikejimi technique or with a sharp blow to the head) and keep it for the table.

Does Foul Hooking A Fish Injure or Kill It?

Foul hooked fish, if they are hooked in a region that doesn’t house a vital organ, are less likely to die than a fish that is not foul hooked, Professor of Animal Ecology at the University of Georgia’s Warnell School of Forestry & Natural Resources Gary Grossman told Midcurrent.

“If the hole is in muscle tissue,” he says, “then there probably is less risk of mortality than if the hole is near an organ such as the stomach, eye or gills.”

Deliberately foul hooking fish – sometimes called snagging fish or jagging fish – is illegal in most states and you should always check fishing regulations.

Some states allow foul hooking of certain species in certain circumstances, but most situations to foul hook or snag a fish is illegal.

Notable exceptions where foul hooking is legal include saltwater fishing in Alaska but freshwater, fishing for kokanee (landlocked salmon) in Colorado and New Mexico (in certain seasons) and for coho and chinook salmon in Illinois.

It is also frowned upon by serious anglers as there is little sport involved, as opposed to fly or lure fishing where you have to fool the fish into eating what you’re offering.

How to Avoid Foul Hooking Fish

There is not much you can do to avoid foul hooking fish – it’s just something that happens when you fish in certain areas with high densities of fish. Maybe if you are sight fishing you can steer the lure away from situations where you are going to foul hook a fish, but most of the time it is an occupational hazard of fishing and you just have to deal with the foul hooked fish in the most appropriate way.