What Do Trout Eat? A Guide To Salmonid Feeding Habits 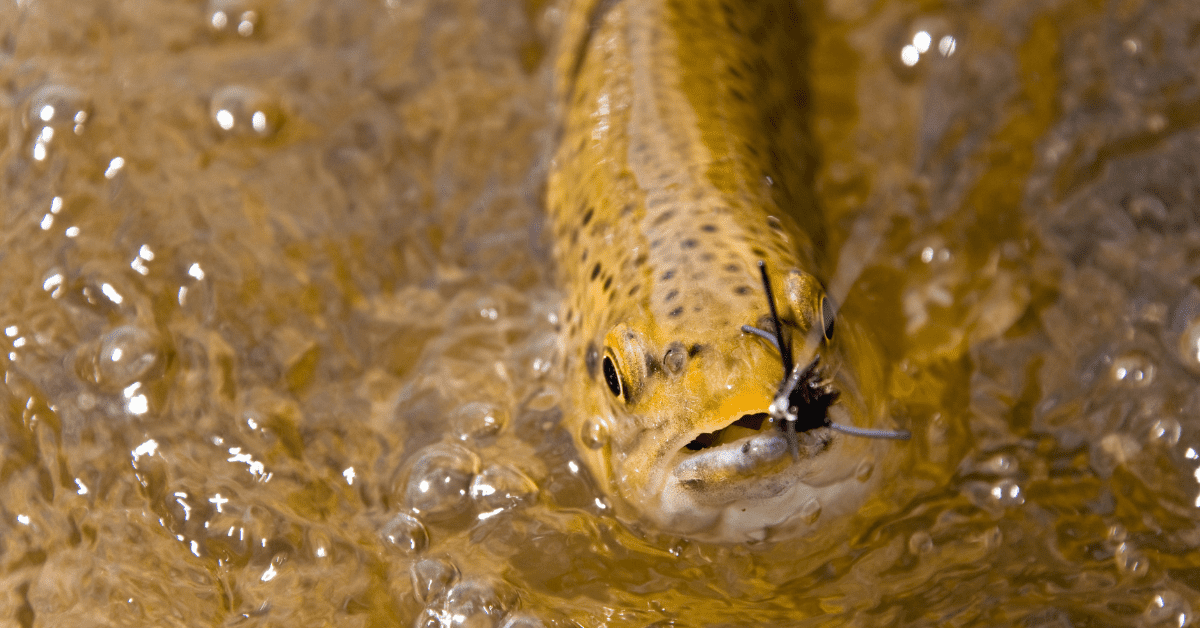 What Do Trout Eat? A Guide To Salmonid Feeding Habits

Trout are an adaptable species that feed on a wide range of different prey items depending on their environment.

The main items in a wild trout’s diet can be broken down into the seven main groups below.

In this article we will go over each of these food groups, their prevalence in trout waters and answer some common questions about trout diets.

Hopefully this information is useful for fly fishing and lure fishing enthusiasts alike.

Much of a trout’s diet is comprised of insects that “hatch” out underwater and ascend through the water column to the surface of the water as larvae then pupae and emerged as adult insects.

Mayflies, caddis flies, stonefields and midges all follow this classic patterns and make up large parts of trout diets in most areas.

This life cycle is the backbone of classic fly fishing for trout with anglers targeting the larva and pupa phases with nymphs and the emerger and adult phase with dry flies.

Many of these insects spend only days as winged adults, but can spend years in their nymph form. Casting mayfly nymphs and caddis nymphs with a strike indicator is probably one of the most efficient way to target trout.

The other main category of insect life that most trout feed on are terrestrial insects. These are insects that fall into the water as opposed to hatching out from eggs on the stream bed.

Prolific falls of ants and termites can make for thrilling fly fishing for the angler with the right imitation.

The larger terrestrials such as hoppers, cicadas and crickets make a decent meal for a trout and they will move considerable distances to intercept them when available.

Watching a big brown trout rise from the stream bed and gulp down a cicada is one of fly fishing’s greatest joys.

As much as 90% of a trout’s diet is eaten subsurface. Along with aquatic insects intercepted as they hatch or are dislodged from the stream bed by currents and other fish, the other key food group for trout is aquatic invertebrates. Water snails and other similar creatures can make up a significant proportion of a fish’s diet, particularly in lakes.

At particular times of the year, particularly Spring, rivers and lakes will rise when it rains and flood their margins. These are key feeding events for trout in low light conditions (cloudy days and early and late in the day) they’ll prowl the shallow margins of lakes and rivers gorging on worms. This is a great time to target trout with either flies or actual worms or soft plastics.

Trout are phenomenal hunters and in the right conditions will feed extensively on baitfish species. They will crash through bait schools dazing fish and come back around to mop up any fish that are left wounded. This can make for some spectacular fishing in both rivers and lakes during a feeding frenzy with streamer patterns for the fly fishers and minnow-type hardbaits and soft plastics for the lure fishers.

Some fish such as Lake Trout and Bull Trout predominantly feed on other fish.

Crustaceans are another major food group for trout. Most continents have a species of crayfish that live in lakes and rivers and trout become very focused on them as prey. In Patagonia, the pankora crayfish is a key food item for wild trout and responsible for the phenomenal growth rates and population densities of brown trout and rainbow trout in that part of the world.

While quite the mouthful, these animals are very much on the menu for big trout. Mice are a key part of the large trout’s diet when they are available, provided the trout is large enough. In New Zealand, periodically you see beech trees drop seeds sparking what’s called a “mouse year”. The seeds fuel large populations of mice, which inevitable drop into the river or lake where they find hungry trout waiting to pounce. During and after a mouse year you see large trout in great condition with what might be an eight pound fishing in a normal year becoming well over 10lb. Mouse years create some phenomenal fly fishing for anglers casting mouse patterns at a large brown trout and for those fly fishers intent on catch the very largest trout, this is the time to try.

In rivers with salmon runs, rainbow trout and other species often feed on salmon eggs. They’ll follow the migration of salmon up the river until the females lay their eggs on the reds. When those eggs are dislodged from the river bed they’ll hang back and eat the eggs. Dolly Varden are another trout species that love to eat eggs from the spawning salmon.

What do trout eat the most? 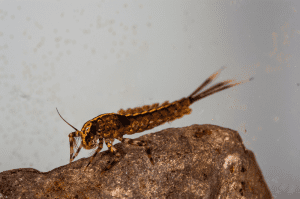 As we mentioned, an estimated 90% of a trout’s food is consumed sub surface throughout the water column so nymphs, snails and other aquatic invertebrates often feature prominently. But trout are opportunistic and highly adaptable feeders and it will depend on circumstances – if it is prolific it will get eaten.
Anyone who has seen brown trout respond to a mayfly hatch when fly fishing knows this! First they mop up the nymphs subsurface
For trout such as brook trout that mainly feed subsurface, the diet will be different to a cutthroat trout or rainbows and brown trout in areas where there are good hatches or falls of terrestrials – these fish will consume more of these insects off the top of the surface of the water. 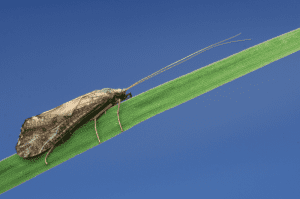 As larger trout are opportunistic feeders they’ll concentrate their feeding on the easiest, most convenient and most nutritious food available. In different seasons, this will be different things.
Take river resident trout in the lower section of a river … in Spring they may feed extensively on bait fish migrating up the river. When the migration is over, hatches of aquatic insects begin and the waiting trout eat caddis pupa and mayfly nymphs in the pupa phase. As high summer approaches, it’s all about the hatches and you’ll find trout eating mayfly and caddis species in all phases – both pre emerging nymphs, emergers, duns of the water’s surface and then mayfly spinners. As summer wears on, terrestrials become a large part of what trout eat.
You can fly fish with cicada, hopper, ant and beetle patterns and expect to catch fish. Into autumn, the hatches tend to return and fly fishermen can target fish with dry fly patterns and mayfly nymph patterns.
Once winter arrives, rivers trout are focused on spawning and creating young trout. In lakes though trout eat midges and midge pupa right through the winter months and a fly fisherman can still enjoy good sport. It pays to have flies to imitate these phases of the midge life cycle and you’ll catch more fish.