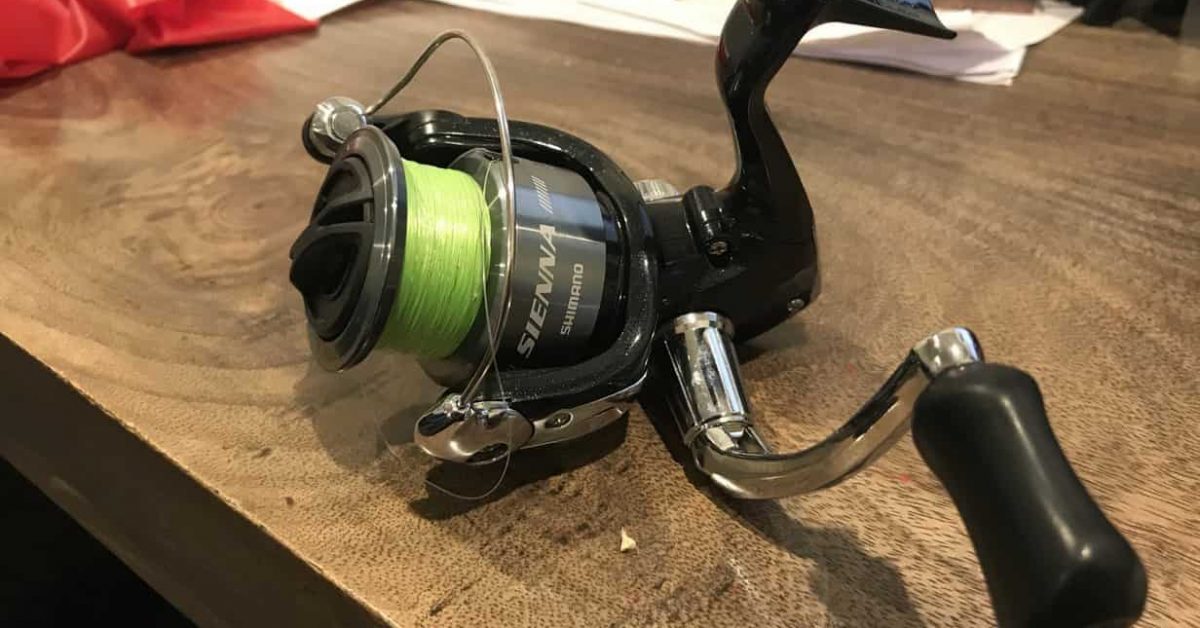 It is truly remarkable that we are living in a time when you can get a reel that functions this well for the price of a cheap pair of jeans.

The latest reel – the Shimano Sienna FG series – is a 3.5-star spinning reel for an absolute – and arguably unbeatable – bargain price, and it more than deserves its own review.

The Tackle Village team all own at least one Sienna reel. For kayak fishers, the Shimano Sienna is the perfect choice of back up reel. We explained in our review of the Shimano Sedona – one model up from the Sienna – that it is about the most expensive reel we’ll take on a kayak in open water due to the risk of it going overboard.

The Shimano Sienna is the other reel we rely on for our backup fishing rods.

There is nothing like having a couple of rods rigged for soft plastics and a couple rigged with hard bodied lures for versatility.

It all adds up money wise, so the Shimano Sienna is great in this regard as it represents quality at a great price.

The other key use for the Shimano Sienna is to have as the main spinning reel for a telescopic fishing rod that you might keep in your car or use as a travel outfit that fits in a backpack or a small suitcase.

The Sienna’s key features include some of the key selling points of the Sedona, the next reel up in the Shimano range. These include the: compact body, the three ball bearings and one roller bearing and the spool design that’s part of the Propulsion Line Management System.

Other key features of the Sienna include:

As you can see from the official Shimano specs, the 500 model is comparatively light at 6.3oz and the weight for the largest model (the 4000) ranges up to 11.3oz.

The 500 and 1000 models of the Sienna are perfect for throwing light lures with an ultralight spinning rod for throwing lures for crappie and fishing trout in rivers and streams, as well blue gill and other panfish. Pair them with the best braid line and some great fluorocarbon leader and you have a great outfit in your hands.

Moving up to the 2500 you get the FGHG model with the HG signifying a higher gearing ratio. This is great spinning reel for bass fishing thanks to the faster retrieve that can work lures quickly and drag fish out of structure.

This reel – paired with either braid and with a fluoro or mono leader or a high quality monofilament line straight through – is also suitable for throwing lures for walleye and other freshwater and estuary dwelling sportfish.

The 3000 and 4000 models are better suited to large freshwater fish such as pike and muskies of medium sized pelagics offshore or fish such as redfish and snook.

What kind of fishermen or woman would the Shimano Sienna suit?

The Sienna is a great first spinning reel for kids. It’s a high enough quality fishing rod to last a kid a decade or more and its action is so smooth it will fun to use throughout this period if it is looked after correctly. Kids will love the cool red and black look to this reel too.

The Sienna is also a great spinning reel for those on a tight budget. It leaves plenty of money left over for the right lures, line and rod to help you connect with some decent fish.

The other key use for the Sienna as a back up. As we said earlier, the Sienna is the perfect spinning reel to accompany a telescopic fishing rod or on your fourth or fifth choice rod when you are out on the kayak! As we’ve mentioned before, we have a $100 limit on reels that we put on the kayak as, speaking from bitter experience, we’ve lost expensive combos overboard before and we don’t want to feel that pain again!

How does the Sienna compare with other Shimano reels

Shimano has upped the spec of the Sienna so it no longer sits entirely in the shadow of the Sedona – a great value reel in its own right as you can read in our full review. The Shimano Sienna now has the 3+1 bearing set up and the Propulsion Line Management System along with some graphite components to keep the weight down. It doesn’t have the Hagane cold-forged gearing, so arguably loses a little on smoothness and durability. But on the other, it is the cheaper reel. Size wise, the Shimano Sienna tops out at 4000 and the Shimano Sedona at 8000, so the latter is the better reel for offshore or surf and rock fishing uses.

You are starting to move into a different class of spinning reel here. The Shimano Sahara has the G-free body and Hagane cold forged along with corrosion resistant bearings which boost longevity. It also has X-Ship technology, which helps ensure the pinion gear and bearings remain in perfect alignment and boasts a graphite frame, rotor, and side plate. One for someone looking for a more quality and more durable reel than the Shimano Sienna and Shimano Sedona reels can offer.

While you could compare the Shimano Sienna to the Shimano Stradic Ci4+ and other models, you really up going up a couple of classes there and you are comparing reels that really service different markets and different consumers. That said, we do own all three – the Sienna, Sedona and Stradic models – but that’s about having a cheaper reel to take on our kayaks!

What are some alternatives to the Shimano Sienna among other brands?

With 7+1 bearings and a nice oiled-felt drag system you are getting higher specification with this fishing reel. The thing with this is it sounds impressive, but all too often the Japanese design approach of simplicity and using components that have stood the test of time wins out. That’s not to say the Okuma is a bad fishing reel – and it’s well priced – but we prefer the Shimano Sienna and Shimano Sedona reels.

10 ball bearings in a fishing reel at this price is fairly remarkable, although with bearings it is a case of quality too. The President, not surprisingly has a smooth retrieve and a lightweight body. But while the bearings are stainless steel, they aren’t sealed for corrosion resistance making this fishing reel more suited to freshwater use.

Lightweight, super smooth and renowned for a smooth drag, the Legalis is a really well regarded Japanese designed spinning reel. Fans of the Legalis say it performs better than many much more expensive reels. For those who aren’t afraid to spend a touch more than even the Sedona, it’s a great alternative to that reel or the Shimano Sienna reel.

If you hadn’t already noticed throughout this review, we love our Shimano Sienna reels – quality, style reliability and a world-beating price. What’s not to like? We have no hesitation in recommending the Sienna as a 3.5 star reel and one that gets five stars for value. The Sienna the best cheap spinning reel on the market in our opinion. 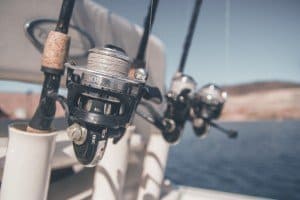 Find out the best ultralight spinning reel for your needs 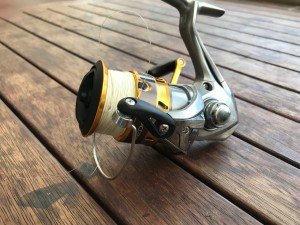 For fishermen and women looking for a reasonable quality spinning reel that is durable in salt and freshwater and offers high-performance at a great price, 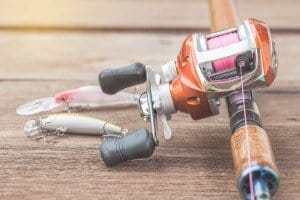 Choice of reel is critical when selecting a baitcasting outfit.  The best baitcasting reels allow you to punch out quick and accurate casts even with