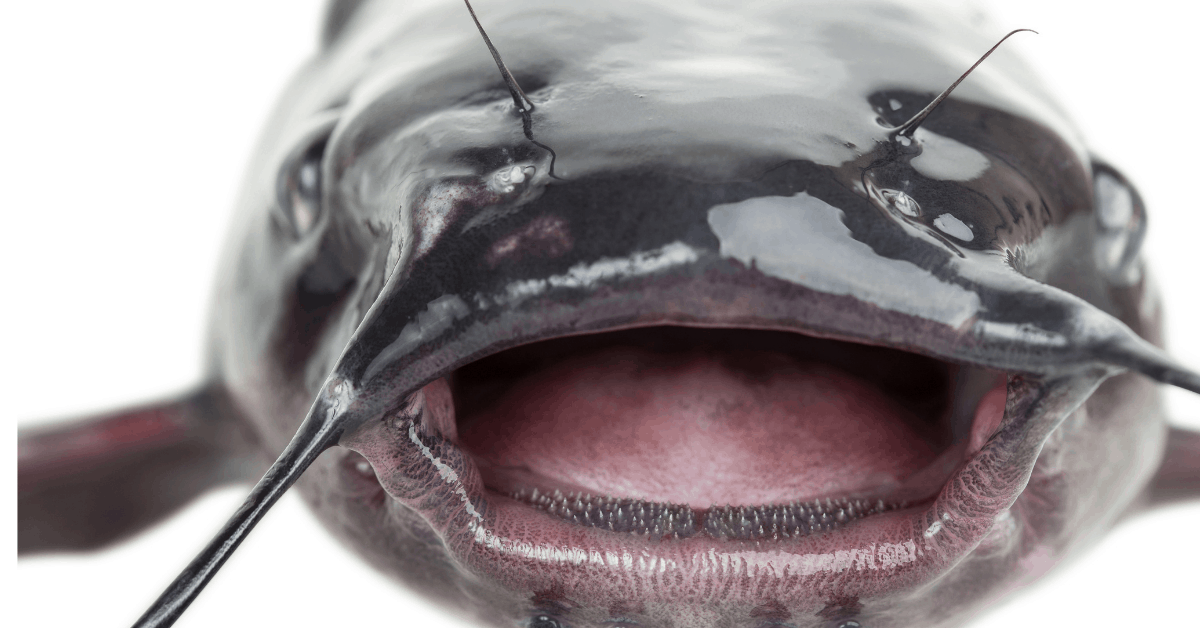 The simple answer is yes, catfish have teeth, but not traditional teeth. Catfish have hundreds of cardiform teeth. These microscopic teeth create a rough sandpaper texture in the catfish’s mouth.

Do all catfish species have teeth?

Catfish traditionally feed by sucking up algae and plant matter and swallowing it. Some larger catfish species, like flathead catfish, will suck in small fish like minnows and crush them. All species of catfish have the same type of cardiform teeth.

The cardiform teeth of catfish are like extremely short bristles on a stiff brush. These bristle-like protuberances line the front of the catfish’s mouth and throat. While catfish have teeth, these dull teeth are more like very hard sandpaper.

Catfish can bite down on human fingers, but it is not like a normal bite. Because there are no canine teeth or incisors in a catfish mouth, a catfish bite is more likely to feel like pressure being exerted on the hand or fingers. A catfish bite is very unlikely to break the skin, but might leave a rough, scraped place as if sandpaper had been run over the skin.

Is Noodling For Catfish Safe?

The answer to that question depends largely on your definition of safe. Like any sport, there is a certain amount of danger in noodling for catfish. Being a strong swimmer is the number one requirement of a catfish noodler. Once the catfish mouth is clamped onto your hand, it is unlikely to let go and there are potentially other dangers involved too.

You also need to know if the object you can feel in the water is a catfish, a turtle, a snake, or a mammal such as a beaver or otter. Ask others for advice, read instructional articles, and know the area well.

The fish, in its native water environment, has an advantage over the human who must be able to rise to the surface while often fighting river currents and slippery mud. Many fishermen have struggled to pull up a larger fish and asked for help from others. There are some things you can do to make it safer though.

Avoiding a catfish sting from their spines

Unlike the stories told by many old timers, catfish species cannot actually sting you, but the sharp points on their fins can stab and injure a person. The dorsal and pectoral fins of a young catfish are sharp and pointed with sharp spines on the ends. Improper handing can allow the fish to twist in your hands. When this happens the sharp edge of the fin can puncture or cut human flesh.

Catfish stings are not a big deal but you do need to pay attention when handling catfish. The primary danger from such an injury is infection. If you are injured by the catfish fins, clean the area well and apply alcohol or peroxide to the wound, followed by antibiotic ointment.

To avoid a catfish sting from the dorsal fin or pectoral fin spines, learn to hold the fish properly. Be sure the spine fins are laid flat, then grasp the fish from the back, wrapping your fingers around the fish with your fingers below the pectoral fins. This will force the fins out to the sides and prevent a sting. As long as you maintain a firm grip on the fish, he should not be able to manipulate those fins into a position to give you a sting.

Should I Use Noodle Sleeves?

This is currently a hotly debated topic among catfish noodlers. Some insist on having the extra protection from a catfish sting that the sleeves provide, while others claim the fish gets a particularly strong grip on the hand or arm when the sleeve is worn and pulls the fisherman under much more easily than those who do not wear a sleeve.

Going in with bare hands and arms will likely lead to cuts and scratches, not to mention the risk of illness from secondary infections. Some claim they are better able to feel the fish with bare hands.

To help you make an informed decision, here are some facts about noodle sleeves and protective gear.

You have managed to land a big catfish, but how do you take care of it before you get it home. It depends on what you plan to do with the fish. Some anglers will catch fish, take photos with them, then throw them back. Others will keep a few, then cull out smaller fish. In either of these cases, it is important to keep the fish alive and well.

The most important thing to remember when keeping your catch alive is fish need to be wet. If you don’t have a live well, attach a stringer through the skin at the bottom lip of the fish. Don’t run the stringer through the gills, as this will harm the gills and the finish might die when released.

Another helpful tip is to use a longer stringer, so fish are kept in cooler, deeper water out of direct sunlight. This is more like the environment they live in, so the fish will be less exposed to the elements and less stressed.

If you plan to release the fish after catching it, be careful when handling it. Unfortunately, noodling causes damage to the fish’s mouth, spine, and sometimes even the delicate underside, which protects vital organs. Holding that trophy fish up for photographs can cause damage to these organs. Grab the catfish mouth with your hand or a lip grip and support its belly with the other hand if you have to hold it up. To maintain the life of the fish, quickly snap your picture and release the fish back into the water.

Kill them quickly if eating, if not release quickly

If you do intend to keep the fish for your evening meal, put it out of its misery as early as you can. Not only is flailing against a stringer or the hard sides of a bucket or cooler stressful and uncomfortable for the fish, but it can actually change the taste of the fish because stressed fish will release more of the healthy Omega 3 fatty acids that make fish healthy and delicious. Other scientists believe thrashing around and lingering to die naturally in oxygen deprived water releases a chemical compound called hydroperoxide that contains ketones and aldehydes. These strong chemicals give fish a  bad smell and strong taste that is undesirable.

Catching catfish is extremely fun, whether you use a rod and reel or your bare hands. One of the oldest surviving species, catfish are strong with lots of energy. This makes battling one loads of fun. While noodling has become a popular sport among anglers, especially in the southeastern United States, it can be potentially harmful to the fish and the fisherman.

Even though catfish don’t have traditional canine and incisor teeth, their rough, bristly small teeth can cause scratches and scrapes that can easily get infected. The sharp pectoral and dorsal fins of young catfish are razor sharp and can puncture and cut skin. There is safety equipment that can be purchased to protect an angler from scratches and punctures caused by the teeth and spines of the catfish, but these devices could lead to more harm for the fish, rendering it non-revivable. Some anglers believe the chance of drowning is higher when wearing these sleeves or gloves because the fish can latch on and become entangled in the fabric, thus pulling the fisherman underwater.