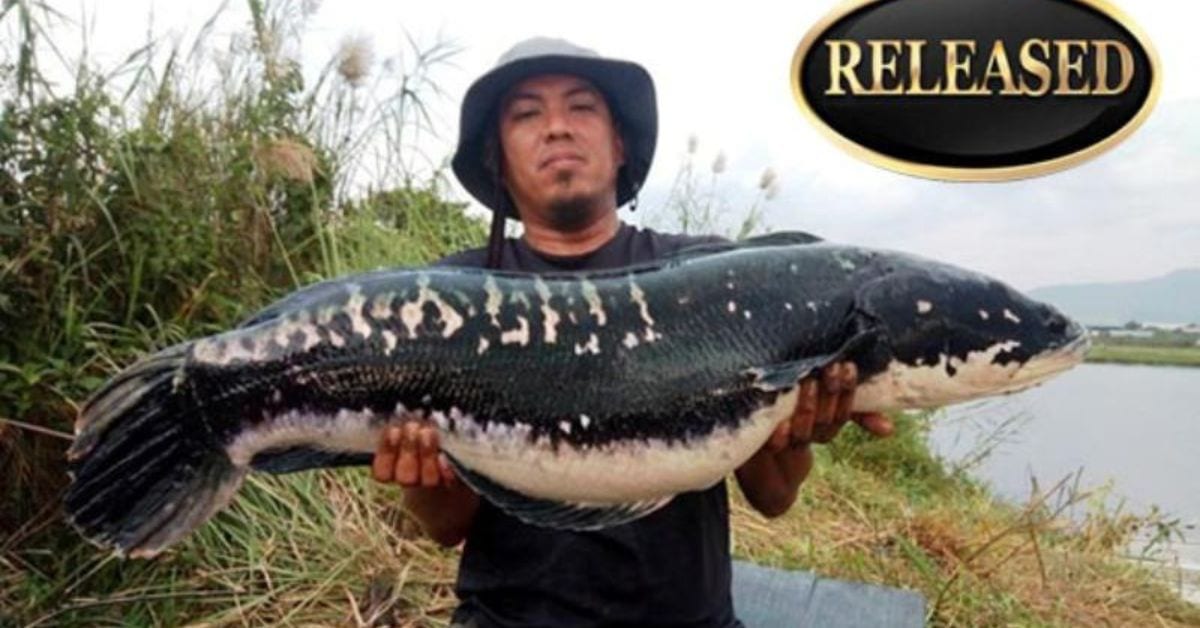 Setting a new world record is rare. A world record that is held by two people who have matched each other’s accomplishments is even rarer, but a three-way tie world record must be even more rare.

That’s the situation surrounding the world record snakehead though, there are three confirmed claims to the world snakehead record with all three being approved by the International Game Fish Association (IGFA).

To make matters even more interesting (and slightly confusing), one angler actually holds two of the three record places while a different angler holds the third place.

If you’re feeling confused, this article will hopefully clear things up a bit for you as it explores the details surrounding the two fishermen who are locked in a three-way tie for the biggest snakehead ever caught.

Two anglers, Corey E. Nowakowski and Masamichi Yamada, hold the All-Tackle world record for snakehead in terms of length. Between them, they have caught three fish that have been confirmed by the International Game Fish Association as the largest ever caught.

The first world record snakehead was caught by Corey E. Nowakowski on the 14th of February 2013 in Margate Canal, Florida, USA. He caught a snakehead measuring 36.22 inches (92 cm) in length using a St. Croix rod, and Abu Garcia reel, and a PowerPro line with a JD’s Custom Frogs lure.

Later, in the same year, on the 31st of August 2013, Corey was fishing in Sunrise Canal, Florida, USA when he caught another big fish which gave him another claim to the snakehead world record. This time, he was using a St. Croix rod, a Daiwa reel, a PowerPro line, and a JD’s Custom Frog lure. The snakehead caught on this occasion was actually a little bigger than his first fish as it measured in at 36.61 inches (93 cm) in length. Although this snakehead was bigger than his first, it was not larger than his previous snakehead by enough to be considered a new world record. Instead, Corey was in the rare position of holding two world records that were tied for the same species of fish.

The following year, on the 11th of October 2014, angler Masamichi Yamada was fishing in Pasak Jorasit Dam, Lopburi, Thailand with his Ocean World rod, Abu Garcia reel, and Yoz-Ami line with a spinner bait lure. It was on this fishing trip that he caught a snakehead that measured 36.22 inches (92 cm) in length, matching the first snakehead caught by Corey E. Nowakowski.

Masamichi’s snakehead was confirmed to be of world record standard meaning that there was now a three-way tie for the largest snakehead ever caught.

While you could argue that Corey E. Nowakowski caught the largest fish, the IGFA has very strict rules and guidelines that must be followed for any angler to be considered a world record holder. As his second fish was not bigger by enough of a margin to be considered as a standalone world record, Corey holds the snakehead world record twice and is joined by Masamichi Yamada in a three-way tie.

Scientific name of the family

The scientific name of the family that snakeheads belong to is Channidae.

Snakeheads were originally native to China, Russia, and Korea before being introduced elsewhere around the world becoming a very successful invasive species.

These fish can be found from south-eastern Iran and eastern Afghanistan all the way east toward China. They can also be found in Siberia and Java.

In Africa, they can be found in the Senegal and Chad rivers as well as the Congo river too.

Distribution in the US

In the US, Snakeheads can be found in the Potomac River and several of its tributaries in Maryland and Virginia.

These fish love to eat other fish although they will also eat frogs, crustaceans, and even small birds, mammals, or reptiles if the opportunity presents itself.

Once they are fully matured, they have no natural predators so they do exceptionally well pretty much anywhere you can find them.

Snakeheads can breathe out of water for a short period of time so they can actually travel over small areas of land into new waters! If they are kept moist, snakeheads have been known to survive for several hours out of water.

Snakeheads can usually be found in vegetation in slow-moving water with a muddy bottom.

An imitation lure (frog) works well as snakeheads are ambush predators. Once they see it in the water, they usually can’t help themselves and pounce on it. Then you just need to fight the fish and get it landed.