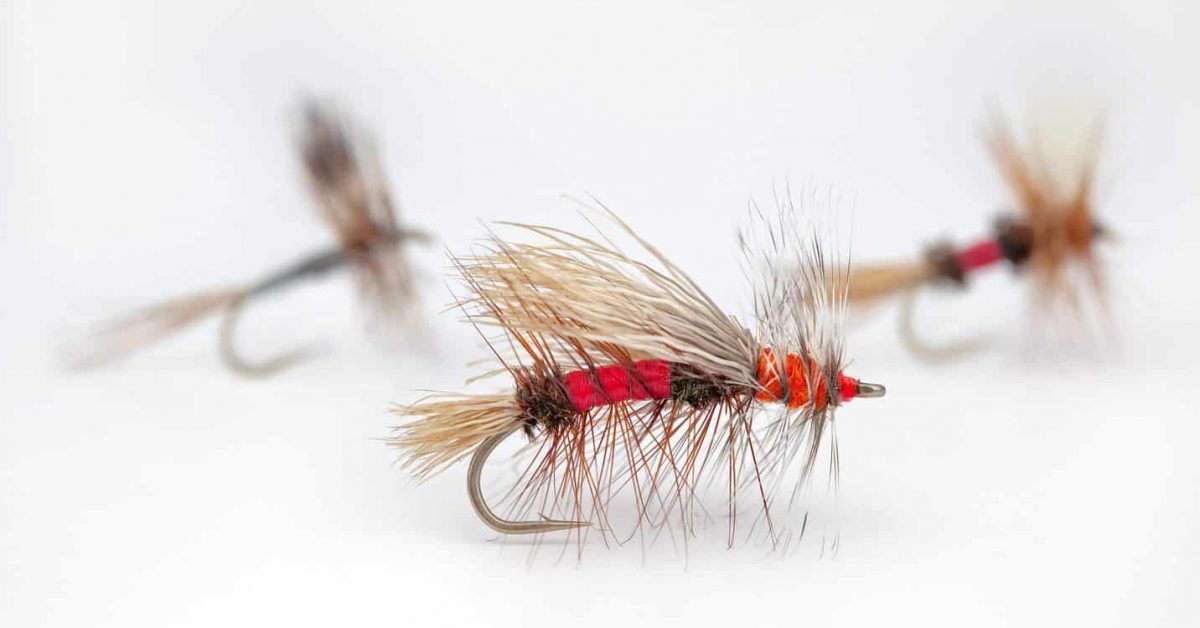 It is crucial when you are fishing to have the right size fly.

Often hook size is more important than the pattern itself. If you can roughly imitate the color and shape you are in the ball game.

But unless your fly is close in size to the natural insect or prey item, it will often go ignored.

The numbering system for fly tying hooks can be confusing, so we’ve tried to break it down as simply as possible.

We have broken this section down into freshwater and saltwater fishing as it makes a relatively clean delineation for ease of explanation.

Parts of a hook explained

There are a wide variety of different hook types for targeting different species or imitating different insects, crustaceans and fish … or any sort of fish food.

The hook eye is the circular loop that you tie the line to. Hook eyes can be straight (in line with the shank), down eye (the eye dips by about 45%) and up eye. The selection of the eye type depends on how you want the fly to present relative to the line. The most commonly used eye configuration is down eye.

The shank is the section of the hook that runs from the hook eye down to the start of the bend. Kind of like the backbone of the hook. The hook shank varies not only between sizes, but between styles of hook.

While most hooks are straight shank, some hooks can also have curved shanks such as those used in some caddis patterns and also certain nymphs.

Generally for a standard fly hook, the length of the shanks is roughly two times the gape width. Shank sizes often vary depending on the type of hook (explanation in the section below).

It is worth noting, hooks with wider gapes increase your chances of hook ups although they offer more leverage for a powerful fish to open out your hook.

The bend is the section of hook where it curls back on itself through about 180 degrees joining the shank and the point and barb.

There are a few different hook bend styles including the Limerick bend, the Sproat bend, York bend, Perfect Bend, Aberdeen Bend, O’Shaughnessy bend and Round bend hooks. These described different curvatures. For basic trout flies, hooks have a round bend or sproat bend. It’s best to not to get too hung on bends as this element is not as important as other parts of a hook.

Believe it or not there are different types of point including straight edge and needle point. This is not something to obsess about for a trout hook as your quarry has a soft mouth. For saltwater fly fishing, where many species have hard mouth parts, hook penetration can be a factor. The main thing here is to keep hook points as sharp as possible to maximise hook penetration.

The barb is the little ridge that sticks out of the hook just below the point. The idea of the bard is to prevent the hook coming out.

More and more fishermen and women are using barbless hooks now to avoid injuring the fish and allowing for quick releases.

Different hooks are made of different gauges (or thicknesses of wire) and they vary in weight and application. A dry fly hook – given it needs to float – will be make from thinner gauge wire than a nymph hook or a grubber hook, which needs to sink.

Manufacturers use the ‘X’ system to explain how the properties of hooks vary across shank length, gape width and wire gauge. Once again, this can be a bit trick to the uninitiated, but is easily grasped with a bit of explanation.

So what’s all that mean?

Basically we are talking about how much it varies from the standard fly fishing hook size across these qualities.

These qualities have the following variables:

Remember to use our fully searchable online hook store to find the right hooks for your fly tying.

We hope fully this article and the accompanying video explanation help to explain fly hook sizes in a simple way and cut through the complexity. You should now be able to select the right fly fishing hook size and type of hook.