Record Peacock Bass: The Biggest Caught in US and Brazil 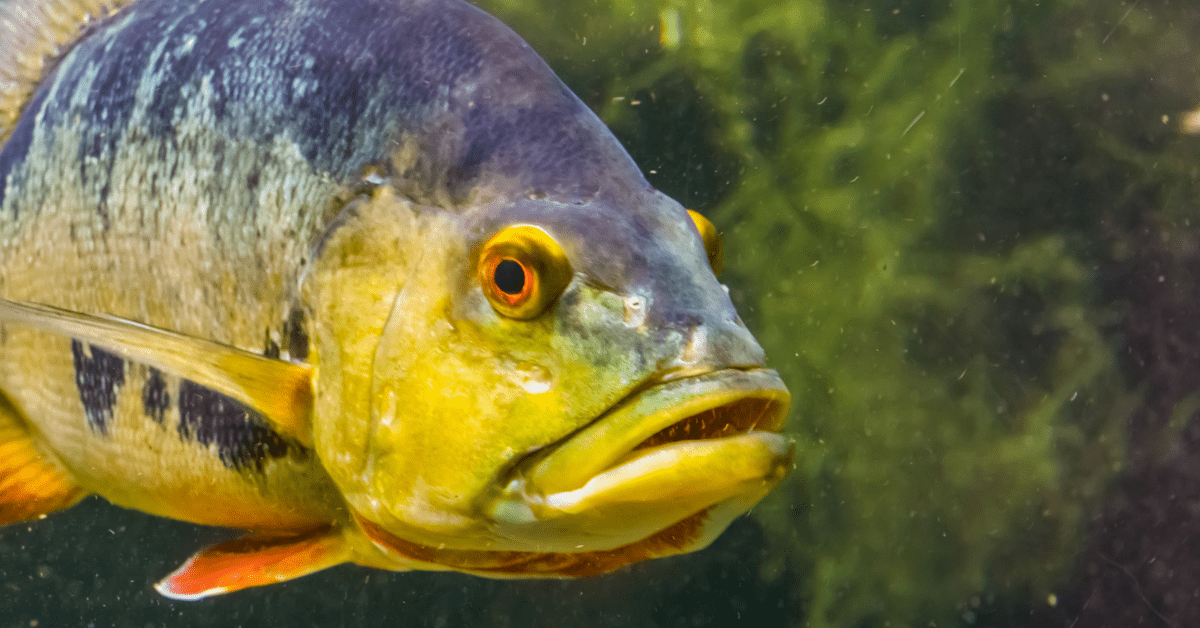 Imagine reeling in a 37 inch long, 28-pound bass on your first cast of the day. For Iowa angler, Bill Gassmann, it was a dream come true. Gassmann, at the suggestions of friends, booked a trip aboard Brazil’s Rio Negro Fishery Captain Peacock Yachts. It was Gassmann’s first fishing trip to South America, but the guide service was highly recommended for line fishing trips. Not only did the guide have extensive knowledge of the Rio Negro, a tributary of the Amazon River, but the charter service had become well known among the fishing world when a client, Gerald Lawson, pulled in the world record Peacock bass in December 1994 on a woodchopper top water lure.

Peacock bass are members of the Cichlid family of fishes. Other members of this family include tilapia and many aquarium fish, including angelfish and oscars. Among game-fish, the IGFA recognizes four distinct species of peacock bass.

Cichla are native to Brazil’s Amazon River and its tributaries, but have been introduced into the United States, Puerto Rico, and several Central American countries. Not only is the cichla an excellent game fish, but this nonnative species has also been used as a deterrent against harmful invasive species like tilapia and oscars which have overpopulated Florida’s waterways.

The introduction of nonnative species into US waters in not an exclusive concept to the 20th century. In 1871, Ulysses S. Grant formed the US Commission of Fish and Fisheries to manage fishing and fish populations in US waters. As a result Asian carp were introduced into the Mississippi and Missouri rivers to provide food for settlers moving west as fishing pressure depleted native fish from these waterways.

Peacock bass feed on lesser fish, including minnows, guppies, shad, crayfish, and tadpoles. They will also eat their own young if an abundance of food is not present.

The Peacock bass is strong and aggressive, much more so than the largemouth bass. They are regarded in the fishing world as one of the ultimate prizes.

The Biggest Peacock Bass Caught in the World

For Bill Gassmann, the trip was a relaxing fishing vacation with the express intent to catch a peacock bass. The Captain Peacock Charter service offered line fishing trips combined with excellent sleep onboard accommodations aboard their fleet of fishing yachts. The fishing team was reputable and Gassmann was hoping for a successful fishing excursion. On the sixth day of his trip, Bill Gassmann tied a Luhr Jensen Big Game clown patterned woodchopper topwater lure to 80-pound test braided line and tossed it toward the shoreline. He wasn’t expecting to catch a huge speckled peacock, but that was what happened.

Peacock bass are known for the aggressive way they attack lures during fierce topwater strikes, followed by breathtaking leaps as they attempt to shake the hook. Bill’s fish, however, had its own style. Rather than exploding out of the water, the huge fish immediately grabbed the lure and sky rocketed toward the bottom.

After a gruelling twelve-minute fight, Bill’s guide Elvis netted the speckled peacock bass lifted it with an IGFA certified Boga grip. Upon feeling the heft of the fish, Elvis immediately declared they were done fishing for the day. Bill realized the fish was massive, but thought breaking the old world record impossible. The big fish was taken to the mother ship for official weighing on a IGFA registered scale. Not only was this the largest speckled peacock bass caught by Bill Gassmann; it was also the new world record peacock certified by the International Game Fish Association.

Brazil’s peacock bass fisheries had produced not one, but two world record peacock bass, and both were caught through Captain Peacock tours. Bill Gassmann proved any angler has the potential to become a world record holder.

Peacock Bass in the US

Where are they found?

Peacock bass have been introduced into the warm waters of Hawaii and the southernmost areas of South Florida. The introduction of these fish into Florida waters has helped bring anglers back into the area. The fishing season in Florida is usually year round, but high temperatures and erratic rainfall patterns have threatened some Florida angler ventures. Overfishing of certain species, like sea trout, has caused stress. Overabundance of tilapia, which was brought in to fight algae and oscars which have outgrown fish tanks are also affecting Florida fishing. Peacock bass may be the answer to some of these problems. The aggressive peacock will feed on the smaller, weaker tilapia and oscars, helping to control the population. Ardent peacock bass fishermen are also helping Florida’s angling economy by booking guided outings.

Peacock bass can be caught on lightweight tackle with a spinning or baitcasting reel. Six to ten pound braid is the preferred line among most butterfly peacock fishermen. Live bait such as shad or golden shiners will attract the most attention, but butterfly peacock bass will also attack top water baits like poppers and frogs. Present the bait in areas peacocks hide, like weedy areas, under lily pads, and near rocky points and fallen concrete structures.

Biggest Peacock Bass Caught in the US

The record peacock bass in the United States currently certified through the International Game Fish Association is a 9.11 pound butterfly peacock caught by Felipe Prieto from Hialeah, Florida. The huge fish measured 21 5/16″ long and was caught in a freshwater lake in Broward County, Florida. Representatives from the Florida Fish and Wildlife Commission certified the record fish as the state record, but said there were reports of a 12 pound butterfly peacock bass caught previously, but the angler did not have the fish weighed on a certified scale so the record could not be verified.