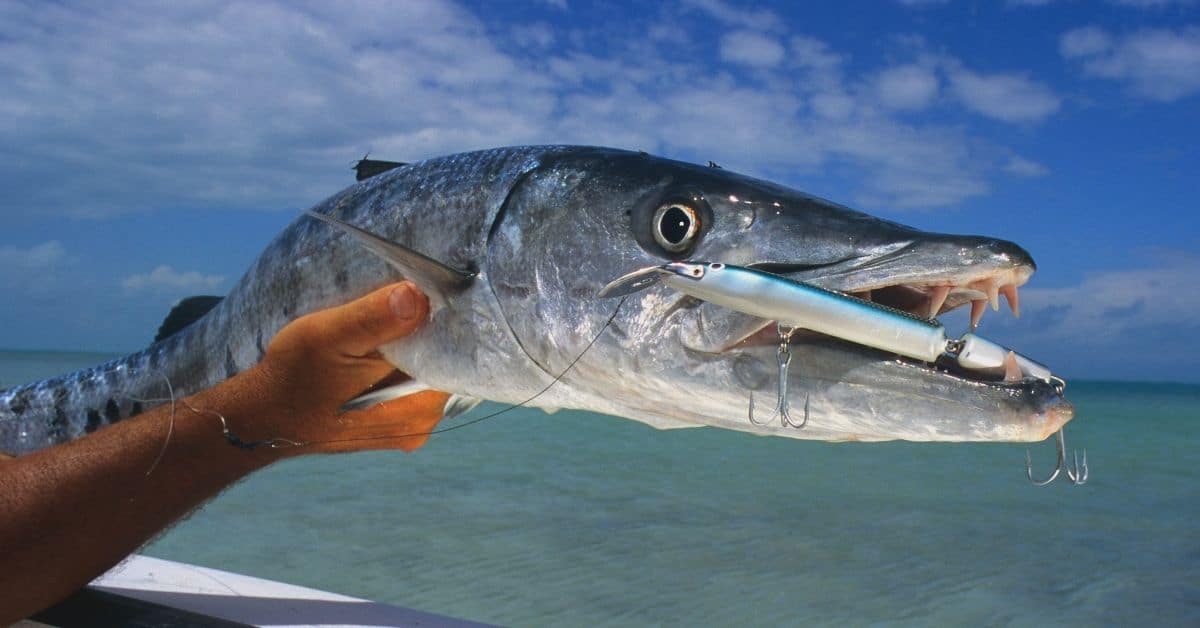 The biggest barracuda ever caught was taken by US angler Thomas Gibson in 2013.

Gibson was fishing for tarpon near the mouth of the Kwanza River in the African nation of Angola when he hooked the huge Guinean barracuda.

Gibson, a devoted tarpon fisherman who holds several state records as has been described as the Texas Tarpon Guru, had found the trip to Angola slow going with only a single tarpon landed.

He suggested to his fishing partner, Cam Nicolson, that they troll to locate the tarpon when the huge barracuda struck. They initially thought is was a tarpon, even though there were none of the trademark leaps.

“He pulled out all kinds of line,” Gibson told Field and Stream. “Oh, man! We’re looking back, waiting for this thing to jump. It never jumped.”

“All of a sudden I pulled it up, and Cam said, ‘Jesus! What is that? It looks like a crocodile with no legs!’”

Gibson’s fish was an impressive 6′ 10.7″ long, with a girth of 27 inches and succumbed following a 10 minute fight. Gibson caught the fish on a red Rapala lure.

The barracuda is a saltwater fish of the genus Sphyraena, the only genus in the family Sphyraenidae, which was named by Constantine Samuel Rafinesque in 1815.

How large can barracuda get?

Barracuda can get to almost seven foot as seen from the one Thomas Gibson hooked.

Barracuda are a fast predatory fish often found in shallow tropical water near coral reefs and sand flats. The camouflage well and are capable of short bursts of speed making them a very effective ambush predator.

Because of their large, needle sharp teeth barracuda need to be handled really carefully, preferably with gloves and a fish gripper or a gaff if you are taking the fish for the table.

Barracuda take a range of lures either trolled or cast. Due to their teeth a steel trace is recommended to land these fish.

Any large baitfish pattern of the kind you would use for tarpon will work on barracuda, but you will need a thick nylon or stainless steel trace to land them and a rod with plenty of backbone to subdue these large fish.

Can you Eat Barracuda?

Yes, they are edible. They have a distinct taste that not everybody likes, but those who do find them a great eating fish. 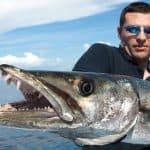 They are an intimidatingly tooth fish and swimmers have been reported being bitten by barracuda, but such incidents are very rare and may be caused by poor visibility. Barracudas may mistake objects that glint and shine for prey.

There are likely to be more world record fish that even exceed the size of the one Gibson caught and there will be more noteworthy catches in the future and possibly a new IGFA world record fish.