Where Are Piscifun Reels Made? The Answer May Surprise You 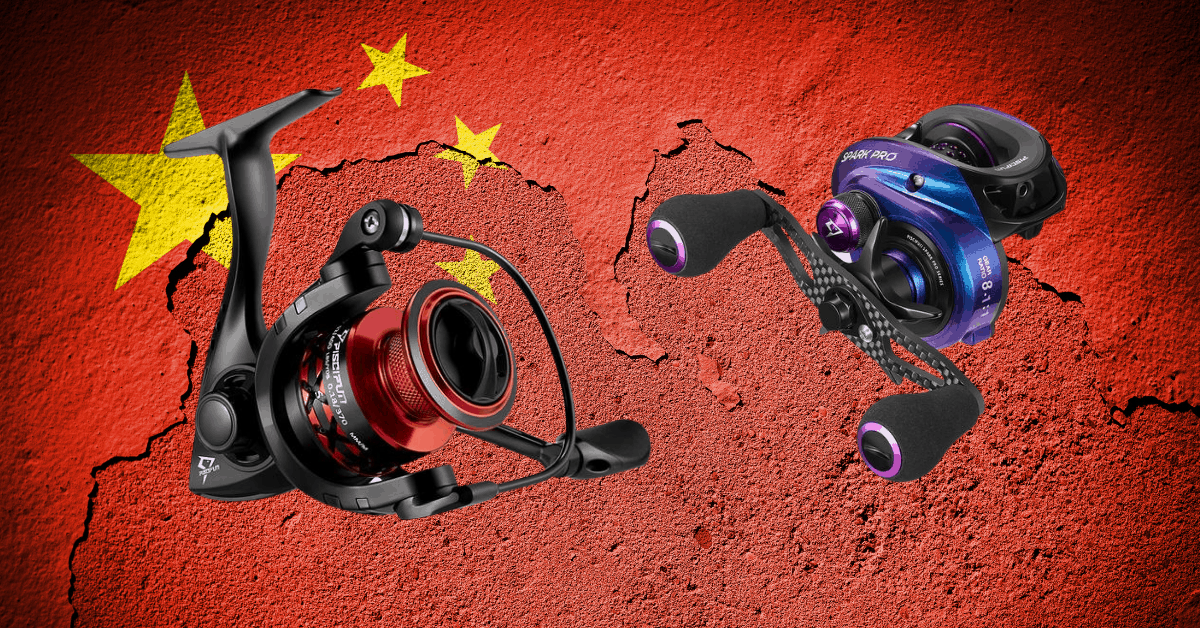 The short answer is China – that’s where Piscifun makes it’s reels, in part to keep the cost low to compete at the lower end of the market.

It’s worth learning a bit more about Piscifun and its range before deciding how you feel about it.

Piscifun is a company founded by close friends, Ben and Peter. The two enjoyed fishing together and wanted to form a company that offers quality products at affordable prices. Ben was already working for a company creating fishing gear for other well-known manufacturers like Daiwa and Shimano reels, so he was able to take that knowledge and use it to create fishing reels that would show the world that low cost doesn’t have to equal poor craftsmanship.

Ben’s friend Peter is an avid angler who knows what it takes to catch world records. As he traveled to many amazing fishing destinations, he was able gain knowledge by asking pro fishermen what makes a great reel. The vast majority told him the success of a particular reel comes from attention to critical aspects such as having a lightweight aluminum spool and sealed ball bearings.

Together these two men formed Piscifun. They are extremely focused on providing good fishing equipment at reasonable prices. The company name, Piscifun means fishing fun. By taking the knowledge Ben had and the input from the fishing industry Peter gained in those amazing fishing destinations, they came up with a plan to use their own original design capabilities along with the same frame and carbon drag system those well known brands were using to create a company that supplies quality products including spinning reels, casting reels, and fly fishing  gear. They streamlined their design process and lowered circulation costs by selling directly to the consumer through ecommerce.

Piscifun makes its reels at its factory in China

Piscifun is headquartered in Beijing China. All their reels are made in the same factory that has been manufacturing fishing gear for decades. The difference between Piscifun reels and the other brands is that Piscifun makes cost effective reels.

Their reels are made using the same two braking system as many others. In many cases the performance of the Piscifun reel exceeds more expensive products. Ben and Peter know that high performance reels need sealed ball bearings and fast gear ratios.

Piscifun uses the same quality products as larger, well-known brands to create reels such as the Carbon x, which has a quiet and smooth retrieve, and the Piscifun Torrent, which is quickly becoming one of the most popular baitcasting reels on the market today.

Is Piscifun manufacturing fishing gear for other brands?

Most of the fishing reels on the market today are manufactured in China or Japan. Piscifun reels are made in the same factory as Daiwa reels. The Piscifun Carbon X has the same frame and bearings as a Tatula reel. The Piscifun Viper X  and Piscifun Torrent have the same components as more expensive brands.  These reels are made in a large manufacturing facility from large quantities of wholesale components. Many reels are made on the frame or with one of the same two braking systems that are so popular with anglers today. This means all the manufacturers are offering high quality products. It also ensures that production can be completed in a quick and efficient manner. The same is true of fishing rods. Many other manufacturers have their rods and reels made in the same company. This creates an efficient process and allows anglers to buy quality fishing rods and reels.

How good are Piscifun spinning reels and casting reels?

Piscifun reels are just as good or perhaps better quality than many of the fishing reels on the market today. These reels are made in the same fishing product manufacturing facility as Daiwa and Abu Garcia products. Piscifun offers the same high quality fishing gear as these well known brands. They use the same carbon frame and braking systems that many reels costing ten times as much use. In many cases, the reel design and drag system are the same high quality gear that is used in reels pro fishermen use. The only thing different is the look of the product and the cost. Piscifun is a fishing brand dedicated to producing cost effective reels. They provide a top notch product for anglers without breaking the bank. The continuous devotion of these two young men and their promise to make quality fishing reels available to all anglers is a sure sign that this company will only keep getting better. Their company slogan is Fish with Family, and they are certainly making that possible for the average angler.