When Do Walleye Spawn And How To Catch Them 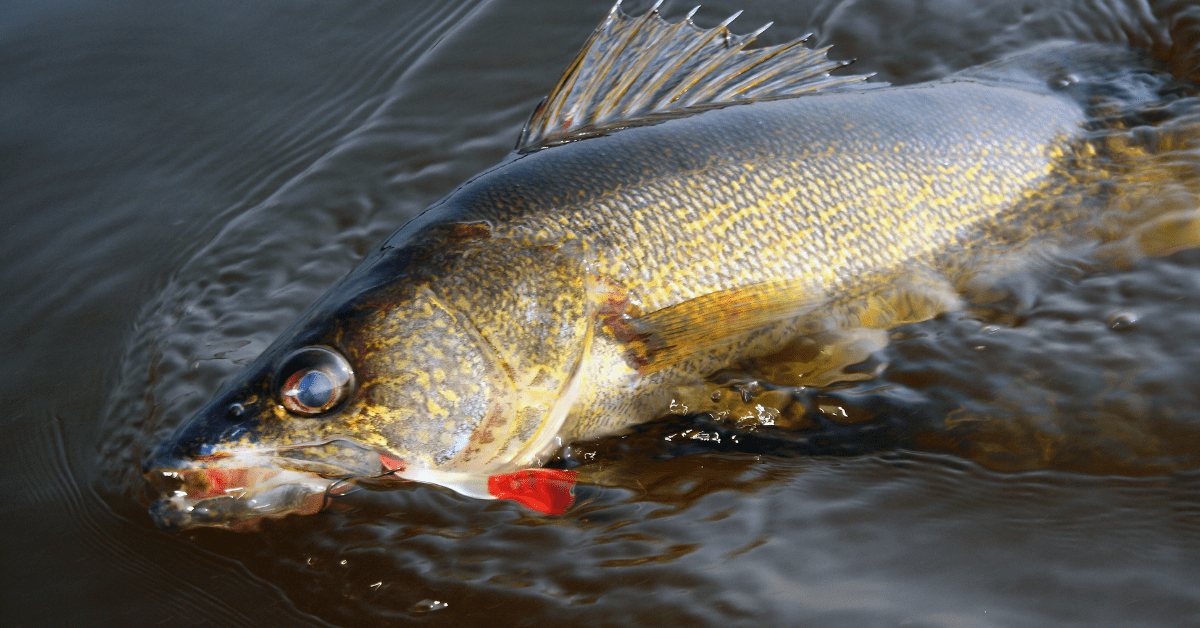 Fishing for walleye is a popular hobby for many anglers to focus on throughout the year. But during the months when walleye spawn, their urge to slam into your bait can be much higher even from extremely shallow water.

This is due in part to them just coming out of their winter slumber where their food intake may have been much less. Now that the water is warming up and they are becoming more active, many walleye anglers will take advantage of their rising appetites to land more fish without much effort.

There are a great many fish stories told by anglers of the walleye that got away during the off-season, but when spawning time is near, various fishing reports show you will rarely lose a catch. A short time before and after their spawning times, walleye will be extremely food aggressive and ready to take just about any bait or lure you toss in the water.

When do Walleye Spawn?

There are a wide range of variations when it comes to the spawning times in different lakes and rivers in the states or Canadian shield lakes. This can be very different even among different lakes in the same state or province. However, the biggest thing to keep in mind is that spawning is normally an early year behavior that happens as the fish are coming out of their winter cover spots.

When the water temperature is steadily holding in the mid to high 40’s, such as between 44 and 48 degrees Fahrenheit, walleye will be moving into their spawning locations and getting ready to drop eggs. While still an extremely cold water temperature, a few degrees warmer than their winter water temps can help get them in the mood for some pre-spawn food intake.

Walleye anglers will find that fishing will be excellent a week or two before they start actively spawning, this is known as their pre-spawn period, as the bigger fish are warming up and coming out of their winter stupor. Pre-spawn and post-spawn times are a great time to plan your next fishing trip, however keep in mind some pre-spawning dates may be before the fishing season is officially open.

Walleye normally make their spawning grounds in more shallow water that has plenty of gravel and rocks to scatter their eggs and for their fry to hide among. You’ll be seeing even the larger fish spawning in as little as 3 feet of water normally, which makes it easy for you to make note of the strike zone and target where you want your bait to land.

Walleye spawn in both coastal areas of lakes, or shallow creeks and feeder rivers. Like some other species of fish, walleye spawning areas don’t move from year to year and walleye fry will return to their spawning grounds each year until they die to continue the cycle. So once you locate the spring walleyes spawning area, you can return year after year for some surefire fishing excitement.

How to Target Spawning Walleye

During this time, with water still being on the cold side, it’s not uncommon for the lake spawners to remain in relatively deep water. You’ll be looking for fish in lake water of at least 12 feet to up to 30 feet deep, though most anglers find that 15 to 20 feet is the norm on most lake regions.

Once you locate a shoal of walleye in their pre-spawning locations before they have started releasing eggs, try enticing them with a nice horizontal presentation to see if it elicits some strikes. If the fish seem to be remaining lower in the water due to the temps still being on the cold side, try a vertical presentation that can make even the most sluggish fish take notice.

Male walleye are normally much more active than the females, which are full of eggs and can be more focused on the spring spawn than taking your bait. However, you should also keep an eye on the weather conditions as this can have a huge effect on your fishing success as well. A few days before a storm moves in can be one of the best times to find walleyes ready and willing to take your lure.

There are a wide range of different rods and reels you can use, but the most commonly used is a 6 foot medium-light spinning rod. This rod size will give you quick reaction time when the fish strike and excellent control when hauling them in. You should aim to have at least a 6 pound test line, though 8 or 10 is a safe choice as well. Monofilament or braided is normally the line of choice for early season anglers.

By far the most popular option when targeting pre-spawning walleyes, a traditional jig and minnow is hard to beat in almost any situation. You want to use a minnow or shiner head jig that is around ⅜ ounces in weight. It will give you an excellent movement and can entice even the most stubborn big fish to strike. Plus it’s easy for the fish to see, even if you are fishing in a shallow rainy river where the silt and mud have been disturbed.

If you’re an angler that loves using soft baits and plastics in the spring shallows, a grub with a curled tail is your best option. As you slowly reel these soft baits in, the tail will do a subtle wiggle that can bring up even deep water walleye. While not as popular as jigs, curly-tailed grubs are an effective way to catch spawning walleyes in the spring.

Like the wiggling tail of the soft bait, the entire point of a spinner, spoon or blade is to mimic the shimmy and shine of a baitfish which happens to be a walleye’s favorite snack. You want your spinners, spoons and blades to reflect light and give off little sparks of reflection that catch the eye of your target and bring them in for a strike.

You may only be able to cast your spoons a short distance, but as long as they begin to have good movement once you start reeling, and can reflect the light around nicely, the fish will bite even if they are hanging out in deeper water.

For cold water fishing, shad crankbaits are another common choice among anglers both experienced and new. If you’re fishing in the spawning grounds year-round, where rocks and other natural resources are abundant on the bottom of the lake, cranks are a great choice as they are less likely to get snagged in the rocks and gravel substrates.

Use slow movement when fishing with crankbaits, and pause your reeling occasionally to entice even stubborn fish into checking out what you’re offering. Walleyes are known to be timid when you’re on a boat in the shallows, but a good crankbait can bring the fish right up from the depths to your boat to strike.

Swimbaits are a versatile and popular option that can work for anglers that like to target the fast and aggressive walleye as well as the slow and timid ones. Attach your swimbait to a nice ⅜ ounce jig head and get a realistic presentation that is full of movement. Paddle tails are an excellent choice for early-spring walleye and can elicit a bite response even from sluggish and cold fish.

During the early spring and pre-spawning times, if live bait is your preference you should focus on normal food fish the walleye will be targeting. This includes fathead minnows and red-tailed chubs. When walleye see these fish nearby, their bite response is heightened especially in cold water after coming out of their winter stupor or even heading into their fall lake temps.

Whether you plan on fishing for walleye during their pre-spawning or post-spawning times, the biggest factor is the water temperature. While the exact date will vary from state to state and may even be later in the year throughout Canada, most spring walleye fishing will be most effective when water temperatures are in the mid 40’s.

Walleye aren’t too picky during this time of year as to the bait you are using, so grab whatever is most comfortable for you. This is even a good time to test out some new baits and rigs you haven’t caught fish on before. Regardless of what lure you decide to use, grab it and head out onto the water so you can start catching some large and robust early spring trophy fish!