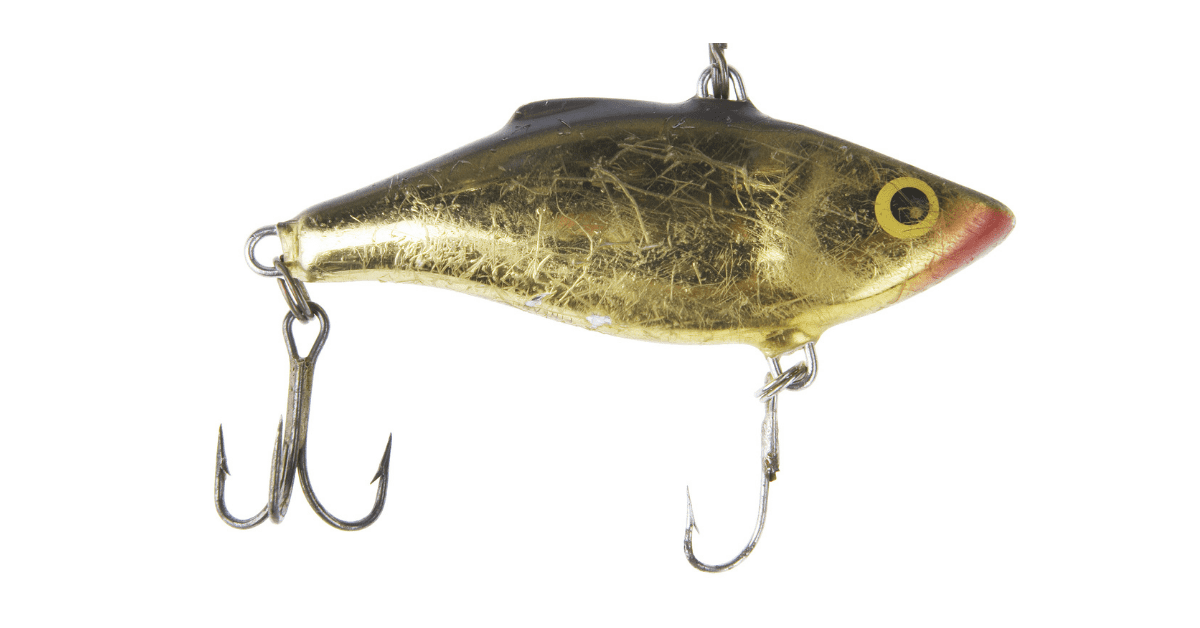 Fishing for walleyes with blade baits is a very effective tactic both on open water and while ice fishing. Many anglers overlook the effectiveness of blade baits most likely due to unfamiliarity even though they can be an excellent tool.

In this post, we will take a look at the best blade baits on the market for catching walleye, and how to properly employ them on the water.

There are many great blade baits on the market today due to a major increase in their popularity, and most are incredibly effective. Here is our pick of the best 5 blades as well as the history behind them and how to use them to catch walleye. 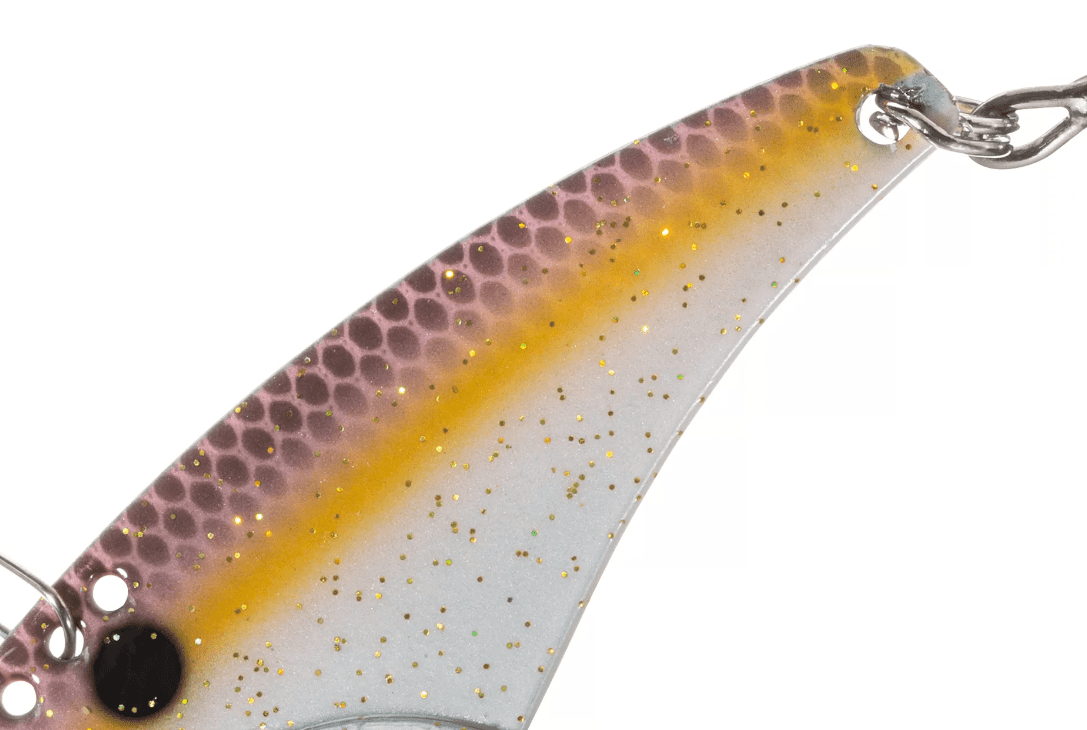 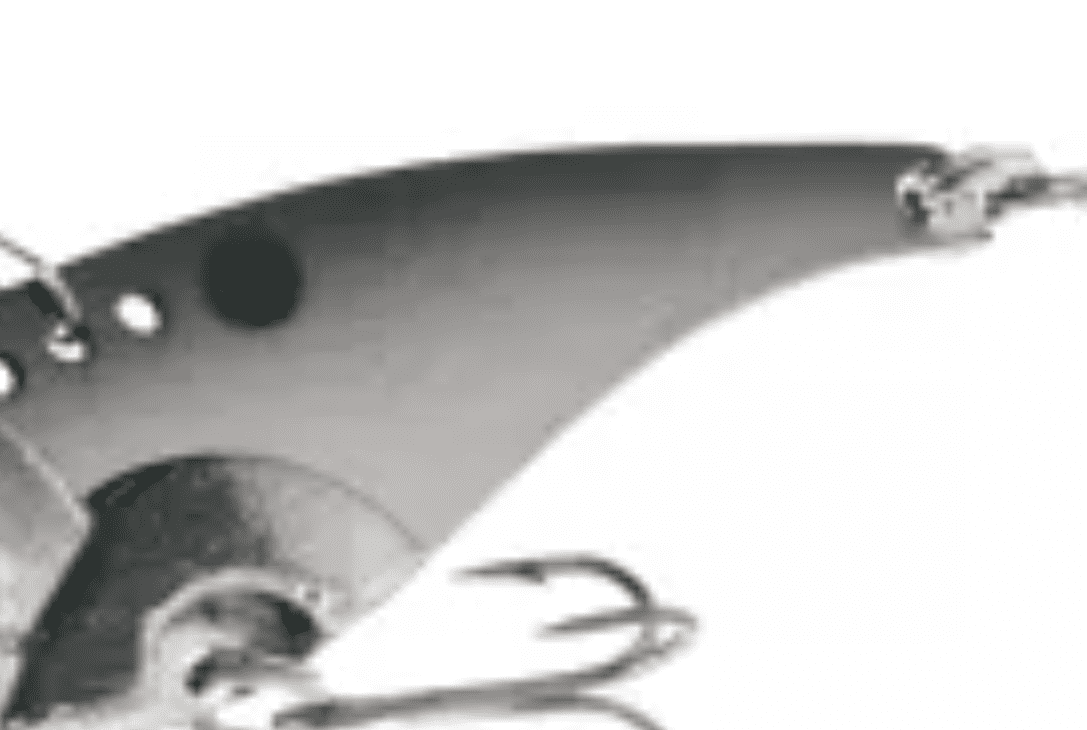 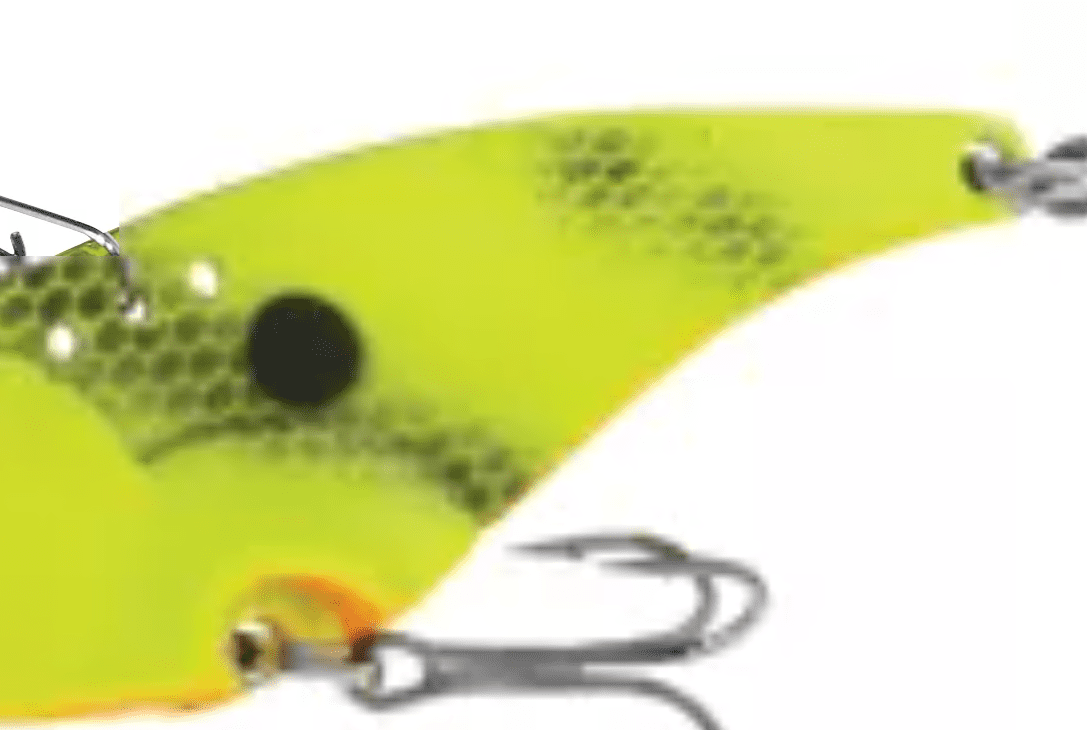 The mean eye by Cabela’s features three line tie options which will directly affect the action of the lure. These actions determined by line tie choice can cause the lure to run in different orientations such as horizontally, nose-heavy, or tail-heavy.

The hard vibration and action produced by the mean eye imitate that of a struggling baitfish, with a large amount of vibration calling in fish from further distances. 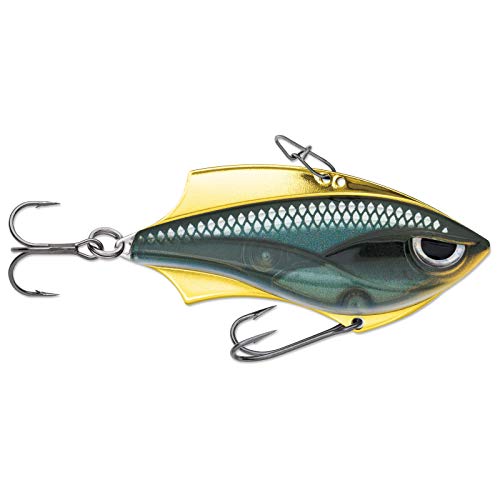 The Rapala Rap-V is truly a unique and one-of-a-kind lure. It is a hybrid between a blade and a lipless crankbait and can be fished both ways.

There are ridges along the bottom and back of the rap-v that are made of metal that enable the blade bait action, the blade is also sandwiched in-between two hollow plastic halves that make up the body.

Along with the blade/ridge design, there are two line ties, with the rearmost tie being for the blade bait function, and the frontmost line tie being designated for the lipless crankbait aspect of the lure.

The rap-v has color schemes that are awesome and they really look great, helping to trigger fish when in the strike zone. Many of these color schemes have high amounts of metallic coloration to allow for a large amount of flash. 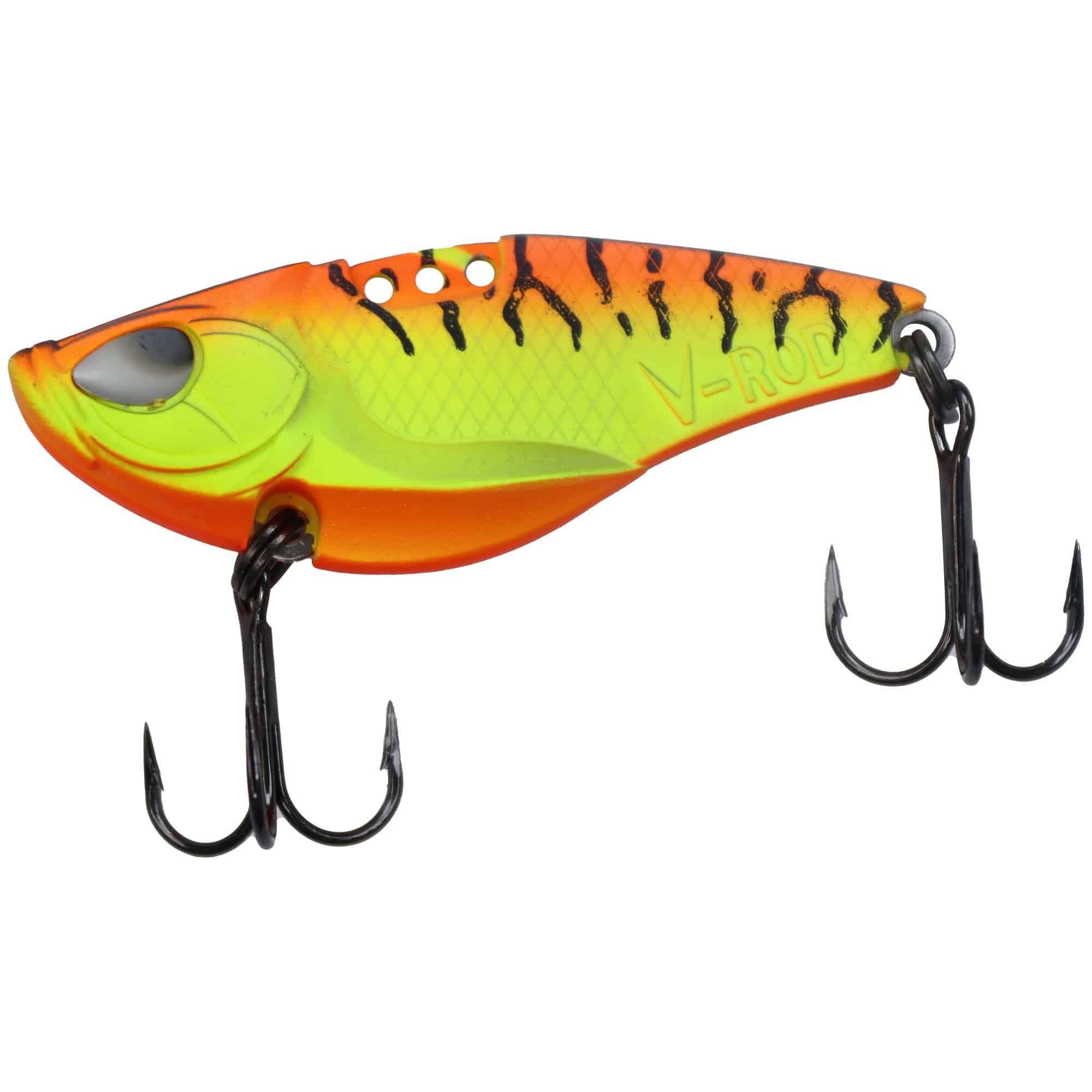 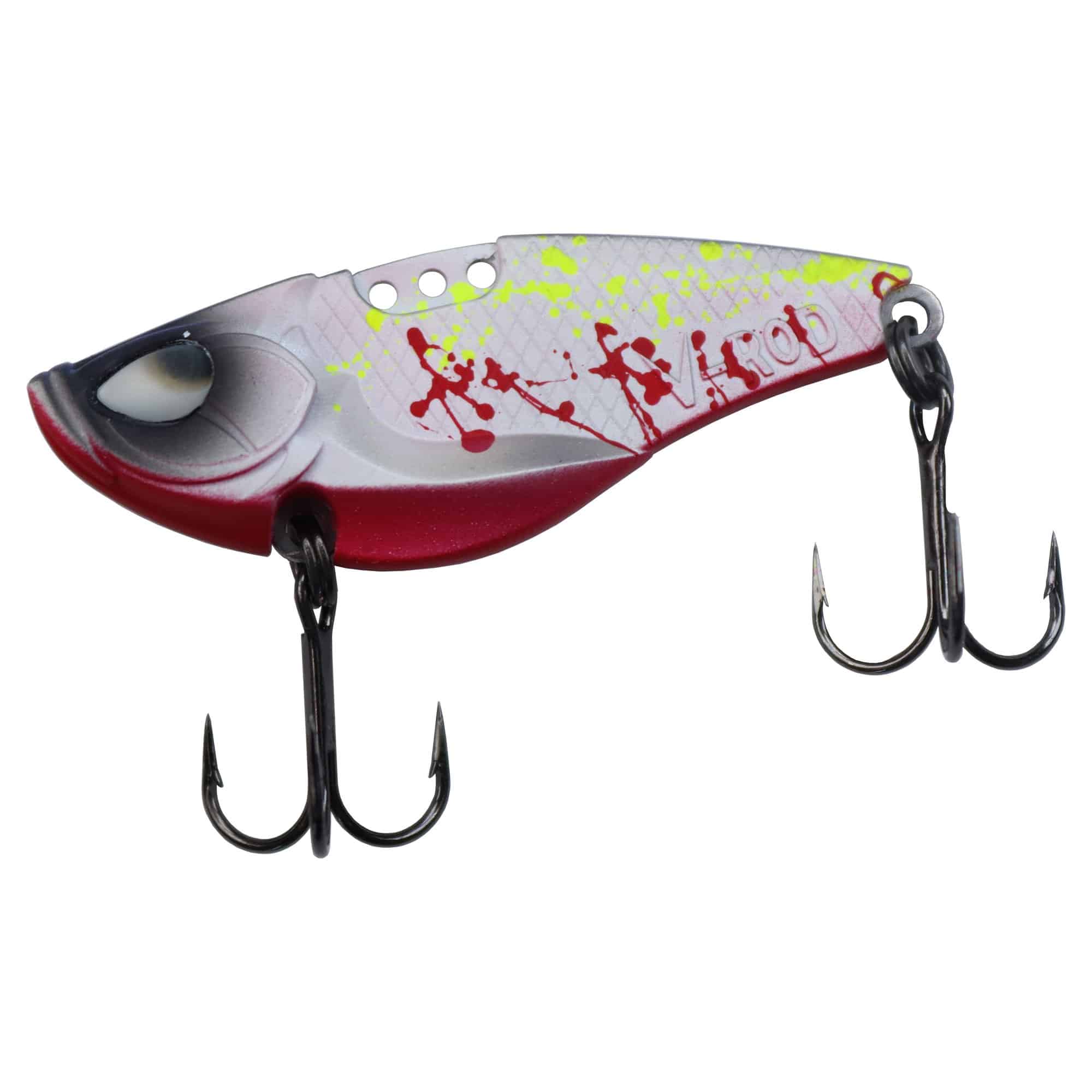 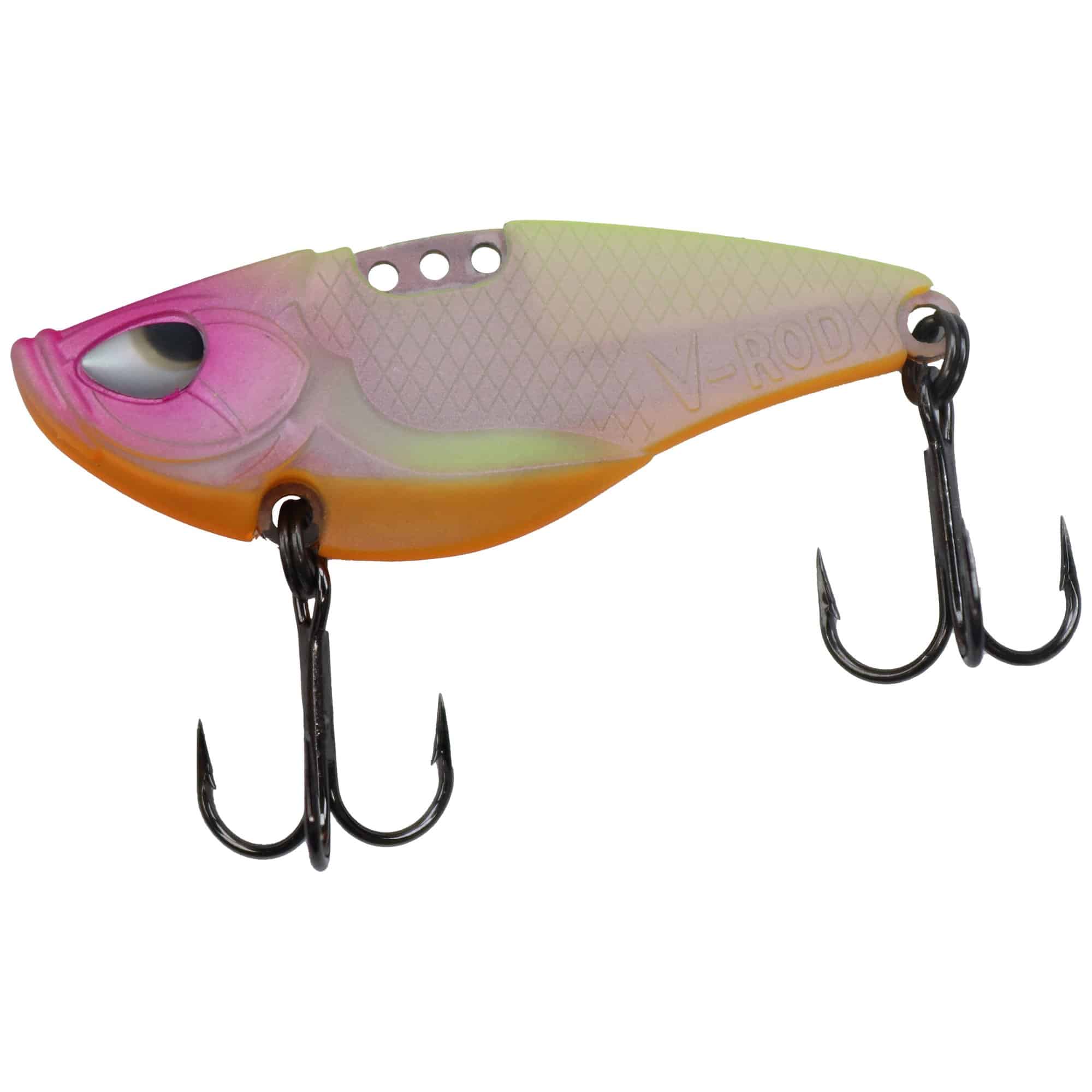 The Acme V-rod blade bait has a great action that consists of superfast kicking coupled with a tight wobbling action with the lure falling and lifted. 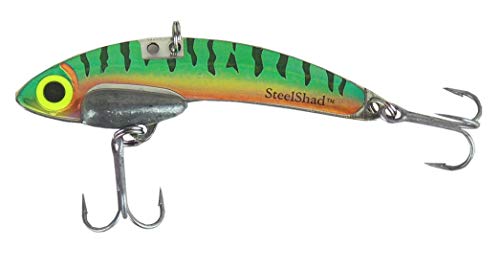 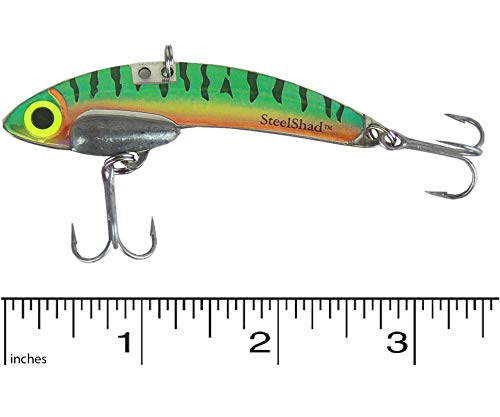 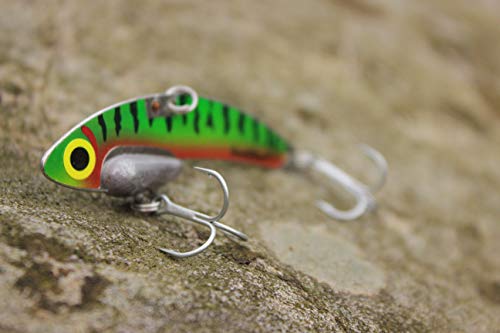 The SteelShad is a classic blade that works great for walleye as well as a wide range of other predatory species, and the blade bait mimics a struggling baitfish.

The SteelShad blade bait is a very simple design, with a thin stainless steel body and a lead weight that produces a high level of vibration with swimming action.

This blade also has multi-functionality and can be cast and retrieved similar to a lipless crankbait, trolled, or in the most common form via vertical jigging.

The stainless steel blade has many color patterns that consist of stickers with high levels of flash and color that attract fish. The SteelShad blade also comes in a large range of sizes from 1 3/4″ and 5″. 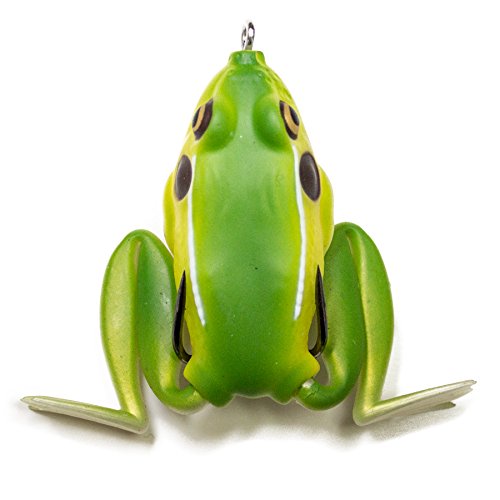 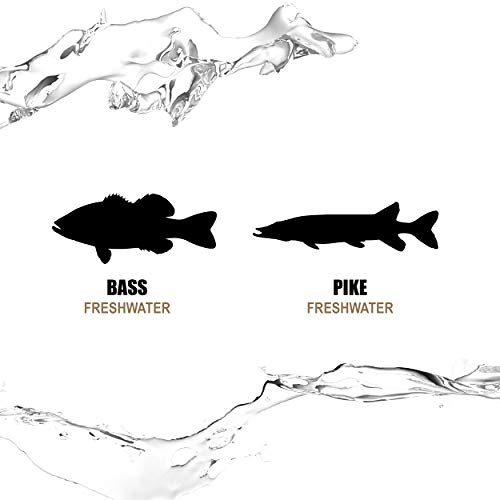 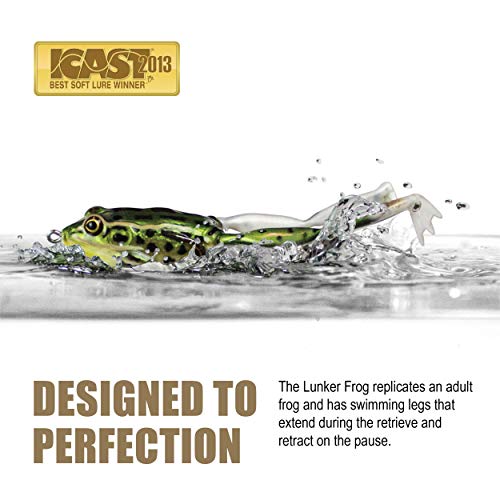 Like some other blade designs, the lunker blade can be used for both vertical jigging and casting applications.

The lunker blade has three different line tie positions that can cause a different action when wanted and depending on your fishing situation while catching walleye.

The lunker blade produces a ton of vibration and flash that attracts fish from a far location to the strike zone and will flat out catch fish.

The Evolution of the Blade Bait

The blade bait is in many ways similar to a jigging spoon and came into prominence in the late 1950s. Compared to the other common lures of the age which were predominantly made from wood or early plastic designs, the metal design of the blade sank immediately and produced a vibration and action that even the early fiberglass rod which was used during that time and would allow anglers to feel the lure work.

The blade bait became very popular throughout the 1960s but for some reason lost popularity. It wasn’t until the 1980s where they maintained a place in a tackle box for many anglers fishing for walleye or other species.

Today blades are growing rapidly in popularity and many anglers use them regularly for catching walleye, and many companies produce quality blades.

Blade baits are great when you need to catch fish that are reacting to vertical presentations and in areas where the fish are close to the bottom or suspended in areas like mid-lake basins or flats.

Blade fishing is fairly simple, and blade baits are very easy lures to work and can be fished by beginner anglers well or even people who have no fishing experience.

Simply raising the blade and dropping it while maintaining a tight line is enough to get a fish to strike it, with the bait kicking on the pull and fluttering or having a controlled fall on the drop.

The distance of the vertical lift can be varied to create cadences that can aid in triggering strikes and the length of the jigging can also expand the strike zone.

Varying the jigging speed can also be a great thing to try when jigging vertically, with slower speeds for less active fish and faster jigging speeds with more aggressively feeding fish, calling them into the strike zone.

Blade baits work great for suspended walleyes and in areas where walleye congregate like flats or deep weed edges.

Due to the vast amount of vibration that a blade bait produces, the color as an attraction is a secondary concern.

Color can make a difference in sealing the deal after the fish has been drawn to the strike zone and blade from the vibration, so experimenting with different colors if you know fish are there and not striking can be a great thing to try.

Final thoughts on blade baits to use for walleye fishing

Blade bait fishing can be a great option to catch walleye and can work when nothing else works. Along with vertical jigging spoons, the blade bait can be overlooked by many anglers, but once you have success with them they are a lure type that you will turn to on a regular basis.