Navionics Vs C-MAP: Which Electronic Chart System is Best? 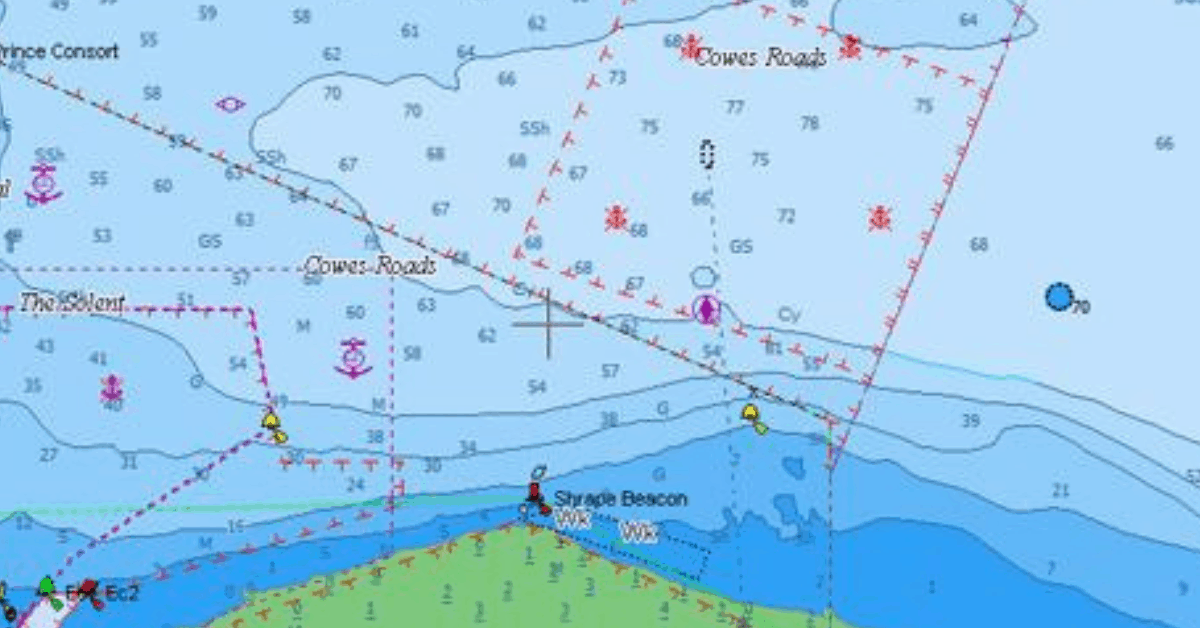 Navionics and C-MAP GPS charts are some of the most popular charts used in fishing today. Both have different features and capabilities, and in this post, we will take a look at why, if you can afford the slightly higher price, CMAP is the better electronic chart option.

What is Lowrance C-MAP?

C-MAP has multiple offerings, some include options that the others don’t, and not all these electronic charts can be used with different brand units.  For the sake of this article we will be looking at the Reveal version of C-MAP, which is compatible with Lowrance units, the most popular of the fish finders that C-MAP is compatible with.

The Reveal C-MAP has a ton of features and capabilities. Some of these benefits include fully featured vector charts, high-resolution bathymetric maps, and even satellite imagery. Looking at the Reveal chart, you can see that the bathymetric mapping is superb and shows coloration changes for depth and an overall smooth and clear location chart. (You can buy the Reveal package on SD card at Amazon).

Other benefits of the Reveal C-MAP include:

The Reveal CMAP has no shortage of helpful features and tools for you to utilize on the water for both fishing structure, finding fish, and for safety. CMAP also offers region-specific charts, so you can easily select your region and not pay for a charting card with regions of the country that you will never use.

What is Navionics? All the Benefits …

Navionics is a very popular GPS contour and charting card that is compatible with most major sonar units on the market, from Lowrance and Garmin to Humminbird and more. Like CMAP, Navionics charts come with a variety of options.

Like other charting operators, Navionics offers users multiple charting package options. For this comparison we will use the standard charting option that is the most popular with anglers, the Navionics+ (buy here on Amazon). Other options are the Platinum and Platinum plus packages.

The significant plus for Navionics map is the option to buy a chart for your region. If you are located in the upper Midwest and Great Lakes region, you can select a chart card for that specific region, and this is the case for the entirety of the United States, which is divided into four separate zones, north, east, south, and west, so you don’t have to spend the extra money on charting for areas you will never fish with your boat.

Navionics also offers a large chart card for your chart plotter. These cards offer coverage of large areas with lots of data. There are four large card options available which include the U.S. and Canada, Mexico and the Caribbean to Brazil, Greenland and Iceland, and Norway.

Navionics vs. CMAP: Which One is Better?

Both Navionics and CMAP are pretty similar in terms of options and tools, and both have excellent high-quality bathymetric maps. They both come as SD cards to insert into your plotter. Even more comparable is the pricing, making deciding between Navionics vs CMAP hard.

But in our view CMAP does have a few features that may put it ahead of Navionics, like aerial maps and 3-D shaded relief, but these aren’t critical to finding fish and areas to fish in your boat with the chart plotter.

These extras mean that it is a little higher than Navionics in terms of price, so it’s up to you to decide if a C MAP chart is a better option for you. In my personal experience on lakes in Wisconsin, some Navionics charts have been inaccurate, with depths and structure shown that didn’t actually exist, but from what I have been told, this incorrect data isn’t a common occurrence and was only an issue on a few lakes.

For the small price hike, I think the detailed  CMAP option is worth it, and is my personal preference as the top-charting card of the two choices.

Compatibility is the one area that Navionics pulls ahead of CMAP. With the reveal chart offered by CMAP, you have to use either Lowrance, B&G, or Simrad units. While Lowrance is popular, the other units are more of a niche product for offshore fishing and the like, and they are missing out on a lot of business by not making them compatible with brands like Humminbird and Garmin.

While C-MAP does have other charting options like the 4D variant for these brands, their compatibility is a bit limited, and some options aren’t included.

Navionics+ is compatible with virtually all sonar units on the market from all major brands, and that’s a pretty big win on the compatibility level. This is also why they are much more popular, at least with anglers in my region, despite not having as many features.

The mapping detail of both charts are pretty similar on a base level, But things really shine here for CMAP. CMAP has color settings that easily show you depth by color change on your plotter, which is huge for seeing the overall layout of a lake or areas where you’re fishing.

The coverage for both charting options are very similar, but CMAP does get a slight edge if you are fishing in any part of South America, with all of the South America coastline mapped, along with Alaska.

If you’re fishing inland or offshore in the United States or Canada, both options will have your location covered.

CMAP allows you to change the color shading for any depth, allowing you to set it as you want, and allows you to select certain depth ranges for fishing.

Similarly, Navionics allows you to set the contour density on your display depending on your needs, resulting in more and tighter contour lines for steep drop-offs or less as needed. Navionics also allows for fishing depth range selection, allowing you to select and highlight different depth ranges for quick area location.

Both Navionics and CMAP allow for shallow water highlighting on your fish finder display. This feature is great for safety reasons, as well as highlighting shallow areas that you want to fish.

The only time I have used satellite overlays is when looking at potential lakes to scout, of which there are thousands in my region, and at times you can dissect details such as water clarity, structure, which is on the contour map anyways,  but sometimes you might be able to determine if that structure has submerged vegetation depending on water clarity.

Maybe you can find better ways to take advantage of the satellite overlays than I have, and I can definitely see the advantage in saltwater applications.

CMAP offers 12 months of free updates. After that it goes to a subscription service.

Navionics has a great feature that allows you, with the right chart plotter or fish finder unit, to chart out lakes yourself in conjunction with other users with the autochart feature found in the advanced mapping options.

These charts will be accurate to the standard 1-foot depth that Navionics offers on all models, allowing you to map uncharted lakes in more detail and see all of their nooks and crannies.

C-MAP also has mapping options with the Genesis Data feature on the Reveal charting package.

The pricing of both charts is fairly comparable with only about a 2o dollar difference in price for a standard regional map, with Navionics coming in at $150 roughly, and C-MAP coming in around $170.

Once you buy the chart card C-MAP is free, the only additional cost afterward would be for updates after the free 12-month subscription expires.

What is C-MAP Genesis?

C-MAP Genesis is the auto mapping option which allows you to chart waters that might not be charted, enabling you to see the makeup and details of the body of water you are fishing in high detail in these maps on your chart plotter.

Do these charts work on a Mobile Phone or tablet?

Navionics has a mobile GPS phone app for viewing  maps and your position on them, but the charts are fairly basic. C-MAP does not.

Navionics charts vs C MAP chart: What About Updates?

Updates are available with both charting options. While Navionics has daily map updates for free, C-MAP only offers 12 months free, after which it becomes subscription-based.

Both mapping options here are great, with only slight differences in features and options. C-MAP seems to be tailored more towards saltwater fishing, while Navionics is just an all-around GPS mapping platform. As state before, we think CMAP charts just wins out as our personal choice.