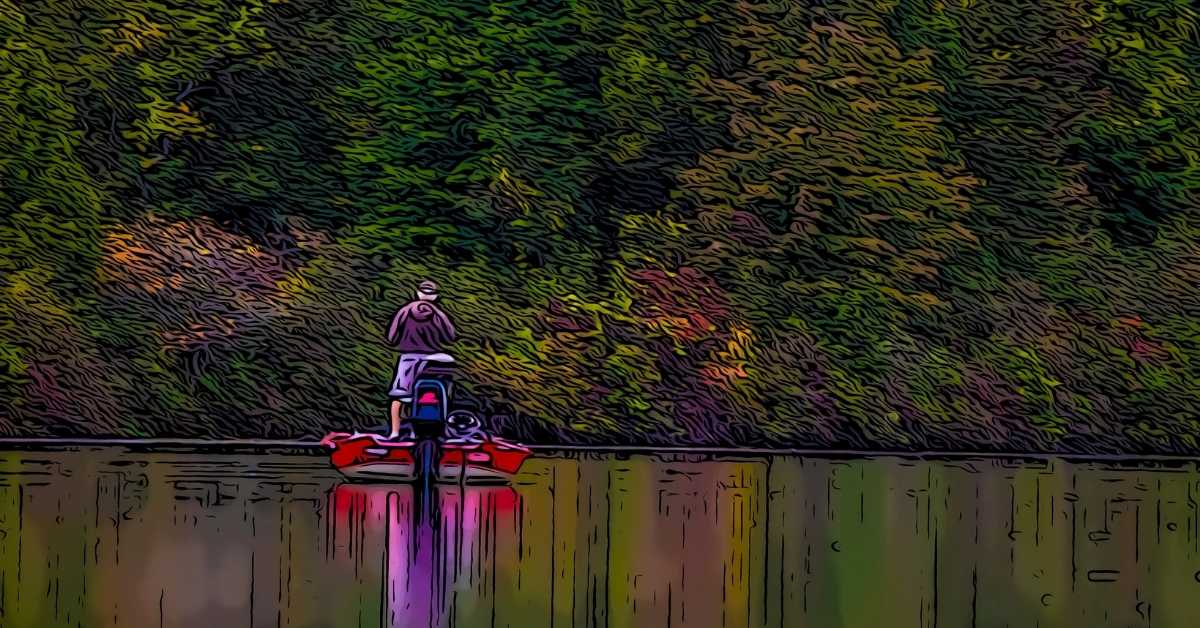 It’s also a great way for beginning and intermediate fishermen to learn new tips and tricks from more experienced fishermen, as well as giving everyone a chance at cash rewards and other prizes.

Bass fish are very opportunistic feeders which willingly take a wide range of baits and lures. They are large fish, but not too big to be impossible for beginners to handle. And once they are on a hook, they can put up a good fight making them exciting to reel in. If that wasn’t enough, they can be found in most bodies of water throughout the United States making them extremely easy to find.

With all of those things considered, it’s no wonder bass fishing has taken off and become arguably the most popular sport fishing category in the world. In fact, since the early 1900’s bass fishing was enjoyed as a hobby more than a necessity.

As the sport started to attract more working class and upper class individuals, businesses started cropping up offering a range of fishing gear specifically made for bass fishing. This included not only worms and other lures, but also rods, rigs, and different ways of presenting your bait in order to get bites.

By the 1960’s, the first competitive bass fishing tournament was created as a way to standardize the sport and built a strong community of fishermen around it. As time went on, bass fishing turned into an extremely popular hobby, as well as a sport, and turned many small tackle and fishing gear businesses into multi billion dollar corporations.

As more and more people started getting into the world of bass fishing, more fishing tournaments started appearing around the country. Some became quite notable, offering incredible prize purses to the winners and attracting sponsors known worldwide.

Today, almost every state in the United States, as well as parts of Canada and Mexico, have professional bass fishing tournaments annually. The sport is thriving and new fishermen can join in right now and still make a name for themselves as time goes on.

In order to get yourself into a bass fishing tournament, you normally need to be a part of a local fishing club. This club does not always have to be local to the tournament you are applying for, and any good club membership in good standing will work.

You do not need to own a boat in order to participate in a fishing tournament. In fact, many tournaments will have boats available for rent at the tournament grounds to allow any angler a chance at getting out on the water to try their luck at reeling in a trophy.

Even a newcomer to the tournament world can reel in a fish that will win the entire thing, so never feel discouraged if you are new. Most tournaments will have a five fish limit so pro anglers are not at any more of an advantage than novice anglers. Regardless of your skill as a bass fisherman, you have just as much chance to catch big fish as anyone else on the lake.

Once a game fish is caught, it will be kept on the boat in water and maintained alive until it can be weighed and measured by the tournament officials. You can either take the fish back to the dock for grading immediately, or catch a few more and take them back together.

In general, dead or dying game fish will be penalized, so always try to keep your fish in good condition so they can be released after they are weighed and measured.

While you won’t normally be able to be out on a boat among the bass anglers during a tournament, you will be able to watch live or recorded coverage of some large tournaments on television or online streaming services.

Some of the largest largemouth and smallmouth bass tournaments such as the FLW Pro Circuit, and the Bassmaster Series will be broadcast annually on various television channels. The footage gives you a great view of individual anglers, as well as the final weights and measurements of fish caught through the different days of the tournament.

Depending on the tournament and how popular and prestigious it is, cash prizes can be anywhere from a few hundred dollars, to a million dollars or more for a first place position.

In addition to cash prizes, there may be other prizes offered including trophies, fishing tackle, fishing gear, boats, outdoor clothing, and even sponsorship agreements with various companies or industries such as Bass Pro Shops, Daiwa, Shimano, Penn, and others.

Started in 1979, the FLW attracts up to 200 professional anglers from around the world. This tournament – now owned and operated by Major League Fishing – is a four day event with a strict catch and release system, so any fish you catch must be maintained in good condition until they can be weighed and measured.

The FLW offers a grand prize of $125,000, with smaller payments being offered to anglers that place in the top 75 positions. In fact, the lowest amount of cash prizes paid out is $5,000 which means there is a good chance for you to earn at least something from your time on the water.

While the ABTTS is normally a team event, there are some conditions that will allow individual anglers to compete. This is also a tournament that allows junior anglers a chance at the cash prizes by allowing children under the age of 18 to participate with the approval from a parent or legal guardian.

Cash prizes for winning the ABTTS can reach $50,000, with other cash prizes being awarded for the top 40 anglers, as well as separate prizes offered for unique or bigger than average fish.

A newer tournament created in 2006, the Big Bass Bash has quickly become one of the largest tournaments in the country. It holds a variety of tournaments in both Missouri and Oklahoma on some of the most popular bass fishing sites around including Truman Lake, Lake O’ The Cherokees, and Lake of the Ozarks.

Another new tournament, the Bass Pro Tour, also called the MLF, had their first fishing event in 2011 which became an instant success. Televised on the Outdoor Channel, the MLF brings new and professional anglers together in a tournament that offers a range of prizes as well as extra spotlights for special fish, special anglers, or unique situations.

In order to take place in the Bass Pro Shop Fishing Tours, an angler must be a member in good standing of the American Bass Anglers. The tournament sees a couple hundred anglers annually, and offers up to $20,000 to the winner.

Joining this tournament can be somewhat costly, with the entry fee ranging from $70 to $140. This is also added to the entry fee for joining the American Bass Anglers which can cost up to $450 for a lifetime membership.

Broken into four divisions, the Anglers in Action works in association with the Big Bass Bash. Instead of a grand prize cash reward, the top angler for this tournament will receive a brand new Ranger boat.

The Anglers in Action tournament offers a range of different timetables depending on your fishing technique and desires, with multiple fishing games available throughout the year.

The Bassmaster Elite Series is normally reserved for the highest level of pro anglers and is a way for fishermen to qualify for the Bassmaster Classic.

The Bassmaster Elite Series tournament runs throughout the season to give anglers a chance to accrue enough points that can then be used to determine their rewards as well as see if they qualify for more prestigious tournaments.

Unlike the previously mentioned Elite Series, the Bassmaster Opens are a perfect chance for beginner and intermediate anglers to make the move into a more professional angler scene. The tournament is open to both anglers that own boats, and non-boaters.

As part of the larger Bassmaster group of tournaments including the Bassmaster Opens and Bassmaster Elite Series, the BASS Nation Series represents a wide range of different levels of fishing competition including junior, high school, and elite events.

In addition, the BASS is one of the avenues needed to qualify for the Bassmaster Classic or other professional angling tournaments. In order to enter the BASS, you must be a member of your state’s national chapter and win a qualifying event at one of the other Bassmaster tournaments.

As one of the most notable and prestigious competitive bass fishing tournaments, the Bassmaster Classic is considered the Super Bowl of bass fishing. Started in 1971, it has grown every year since then and has quickly become the fan favorite due to the huge prizes.

This three day event offers more than $1 Million in cash prizes, with the winner taking home a solid $300,000. Around 70 professional anglers participate in the Bassmaster Classic, with the local communities where the tournament is hosted enjoying a large economic windfall as well. All of these things combined help make the Bassmaster Classic one of the best bass fishing tournaments in the country.