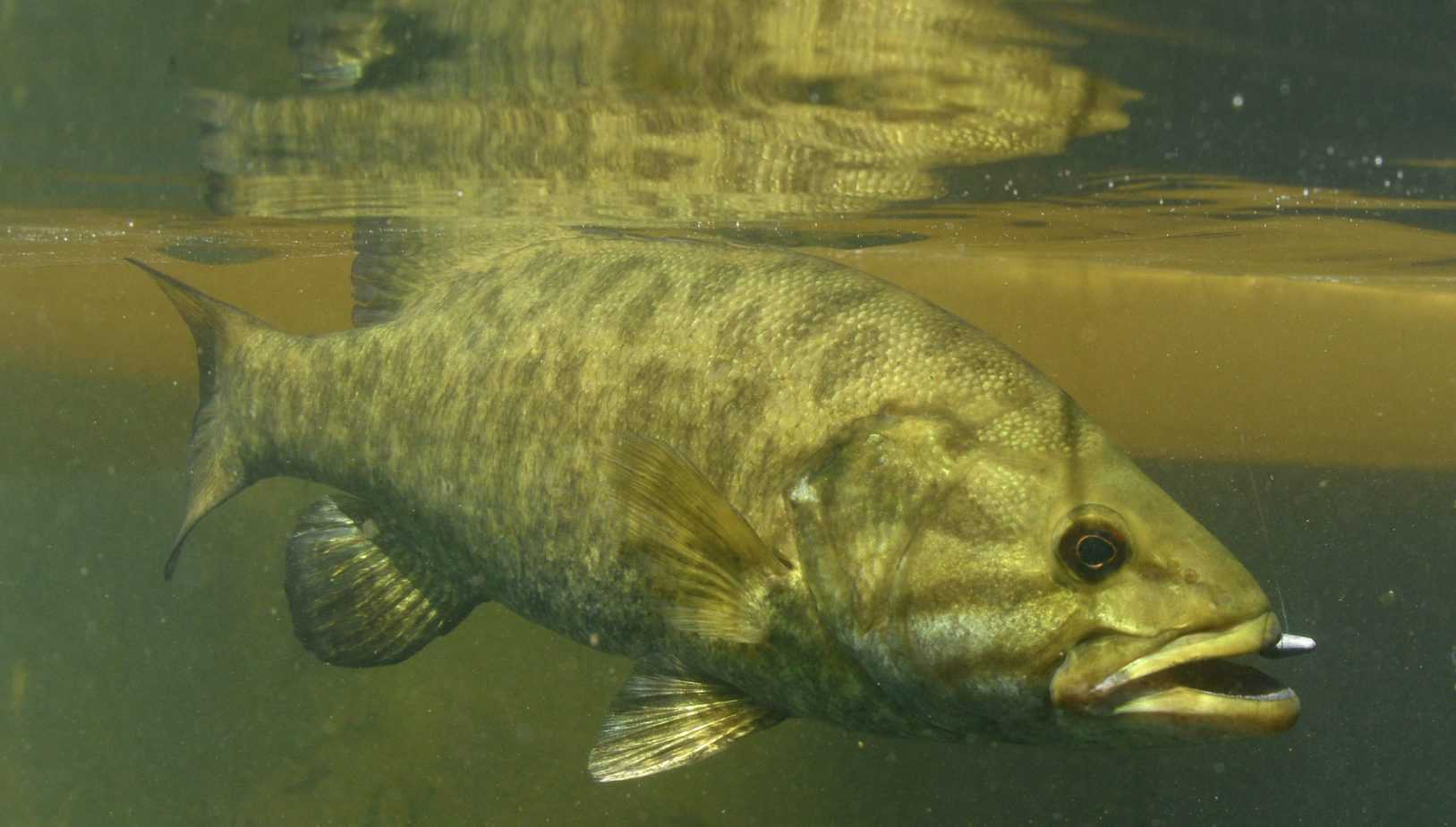 While many anglers are focusing on largemouth bass, others spend their time chasing monster smallmouth bass. The smallies are not as big as their largemouth relatives, but they can still give fishermen an exciting and aggressive fight once on the line.

Just like their largemouth big fish relatives, smallies have an expansive range and are easy for most anglers to access. They’re eager to strike a wide range of tackle, bait, and even flies which makes them a suitable target regardless of your preferred fishing style.

Over time, many anglers have set state and world records for the size of their smallmouth bass. This is an exciting hobby and profession for many anglers, and gives them a goal to focus on whether it’s for weekend fishing trips with the family or a daily fishing trip as a profession.

In 1955, David Lee Hayes was fishing with his wife and son on Dale Hollow Lake which is located on the border of Tennessee and Kentucky as part of the Dale Hollow reservoir. After a somewhat slow morning, Hayes landed what would become the World’s largest Smallmouth Bass fish.

This fish measured more than 27 inches long and tipped the scales at 11 pounds and 15 ounces, but unfortunately, the catch came with a lot of controversy for Hayes.

A disgruntled dock worker at Dale Hollow Lake at the time of the weigh-in claimed David Hayes added 3 pounds of weight in the form of random motor parts to the fish’s stomach prior to weigh-in, and for a time Hayes’ weight was denounced while the claims were officially investigated.

However, after further inspection of the claims surrounding the fish, it was found that the weight was genuine and David Hayes’ weight claim was reinstated as the undisputed world record holder for this game fish.

In August of 2020, an angler named Spencer McCormack was fly fishing at a lake in Emmet county Michigan. At this time he was using homemade fly rod flies called mouse gurglers which had a history of attracting some larger than average Smallmouth Bass.

On the 6th of that month, he caught a 5 pound and 11 ounce record fish which set the IGFA Men’s 8-pound line fly fishing smallmouth bass record. A short 5 days later on the same lake using the same lure, he caught a monster sized smallmouth bass weighing 8 pounds and 1 ounce setting yet another world record.

For the 12 pound test line’s male category, Terry Dodson set a 9 pound 6 ounce weight record in May 2001. No females have set a record for smallmouth bass in this line class.

For the 16 pound test line’s male category, Terrell Nail set an 8 pound 6 ounce weight record in January 1988. No females have set a record for smallmouth bass in this line class.

See also: What pound test line do I need for bass fishing?

What is a Smallmouth Bass? 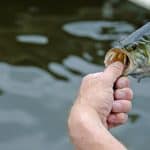 When asked about the most popular freshwater sport fish, most people would mention bass. Smallmouth bass are extremely popular in North American water, particularly in the eastern states.
The fish has a beautifully mottled complexion and striking look. The body is a greenish brown color and is covered in black spots or blotches all over, giving it a very unique and eye-catching look. The eyes can be brown, orange or red in color which adds to the overall striking and unique look of the fish that you will love.
While it is not as large as it’s Largemouth relative, the smallie is extremely aggressive when on the hook and puts up a vigorous fight for you. This makes it exciting to land this fish for fishermen of all ages and skill levels.

Where to Target Smallmouth Bass 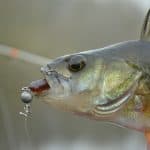 The best place to look for smallmouth bass is in calm and clear waters. These fish can be caught in a lake that has a lot of rocks on the bottom of the water to give them areas to hide and seek out food items. You’ll catch this game fish in various depths of water, as long as there is cover in the form of rock piles, sunken vegetation, sunken trees and weed beds.
Water temperatures should be around 65-73 degrees Fahrenheit to have smallies at their most active. This is the temperature you will usually find the fish actively searching for food and willing to take your fly or lure.
Drop your fly or lure around the edges of drop offs or where rivers converge into open lakes. You can also have great success when fishing around large boulders, log jams, or other similar structures in the waterway.

Throughout most of the year, Smallmouth Bass can be hooked on almost all tackle. Spring is probably the easiest time for smallies to be caught as they will be scanning the surface looking for a quick and easy meal. During this time, you can successfully catch them on midwater lure as well as topwater fly fishing lure while trolling from the boat.
You can use a wide range of lures to catch Smallmouth Bass, including crankbaits, spinnerbaits, jigs, spoons, and more. For live baits, smallies will eagerly take minnows or shad, nightcrawlers, grubs or leeches, and even small crayfish though their eagerness to take different live baits will depend on the season.
Smallmouth bass are very aggressive fighters, and at times it may feel like you will never fully reel them in to the boat. Don’t give up! Their fight is part of the reason they make such exciting gamefish to search for and catch, and successfully landing a Smallmouth Bass after a long and difficult fight will be something you can talk about for years to come.

While many fishermen will focus on their larger relatives, Smallmouth Bass are equally fun to fish for. They’re easily targeted in the spring months during their spawn season, and can be a great fish for people of all ages and skill levels to go after whether you are using live bait, a fly, or a plastic grub.

Not to mention if you love chasing state and world records for fish weights, imagine just how amazing it would feel to be the one angler that caught a fish to finally break a world record that has been unbroken since 1955. This type of chase is what makes a smallie such a great target and keeps many bass fishermen interested and returning season after season to try their luck at catching the big one.