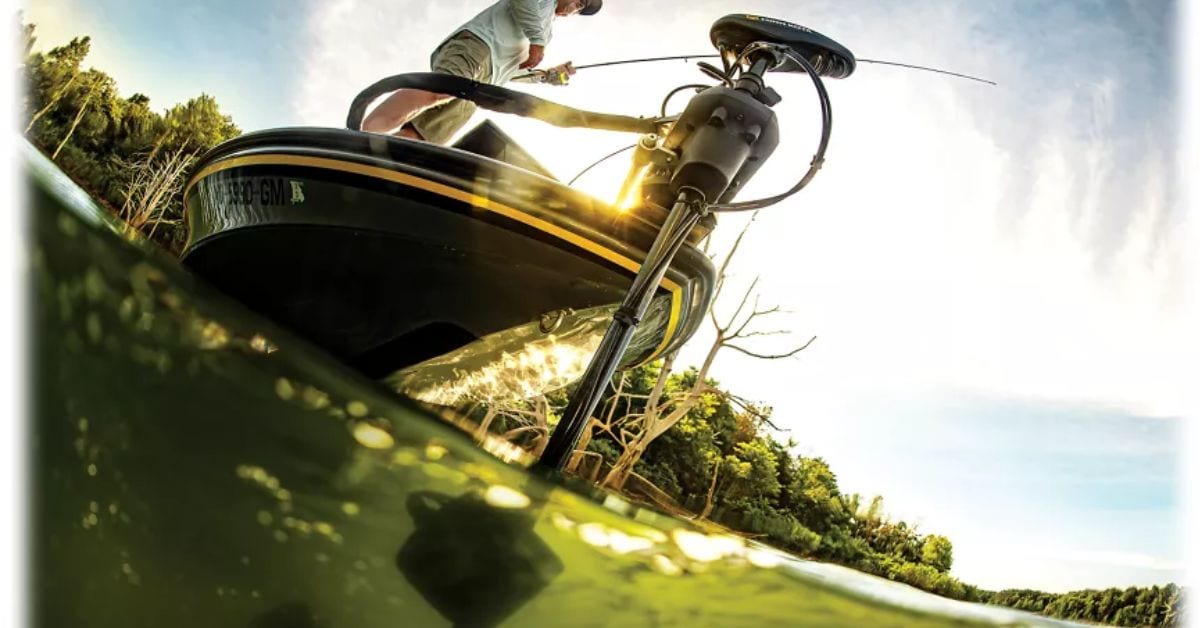 Whether you are fishing for pleasure on the weekends, or are a professional angler turning fishing into your career, having the right technology on your boat can make or break your fishing experience.

Since the 1970’s, Humminbird has been a well-known name in the fish finders and overall fishing technology industry. They have created some of the best and most used fish finders for both casual and professional anglers, next to Garmin and Lowrance manufacturers.

What is Humminbird’s MEGA Live imaging?

Released to the open market in 2021, Humminbird’s MEGA Live imaging is a way for casual and professional anglers to get a view of the fish around their boat in real-time with very few delays on movement.

MEGA imaging an outstanding technology for waypointing and navigation, but can also help you locate extremely elusive or heavily pressured fish in water of various depths and clarity levels. The three-direction MEGA imaging lets you decide between down, forward, or perspective views around your boat, giving you the most freedom when it comes to locating trophy fish.

The wide 20-degree sonar beam on MEGA imaging lets you cast your lure into range of the sonar so you can easily see when fish are inspecting your bait or lure. These wide MEGA Live imaging views gives you an educated guess on what baits and lures may work best in that particular area and with those particular fish.

How Does it Help You Catch Fish?

One of the biggest ways a fishing sonar such as MEGA Live can improve your fishing experience is by being your eyes under the surface of the water. Whether the water is crystal clear or heavily stained, sonar technology delivers extremely clear images of fish that may be in the vicinity.

Watching fish on the screen instead of having to guess at their location gives you a very accurate idea of where to drop your line in order to get the attention of fish quickly. Additionally, using fishing sonar such as the MEGA Live on your trolling motor can let you know where schools of baitfish are hiding so you know where to cast a net, or where to target individual fish fish feeding on those smaller shad or minnows.

If that wasn’t enough, fishing sonar can let you know what type of debris and structure may be under the surface of the water which can not only prevent you from getting your line tangled, but can also prevent damage to your boat from running into hidden structures. 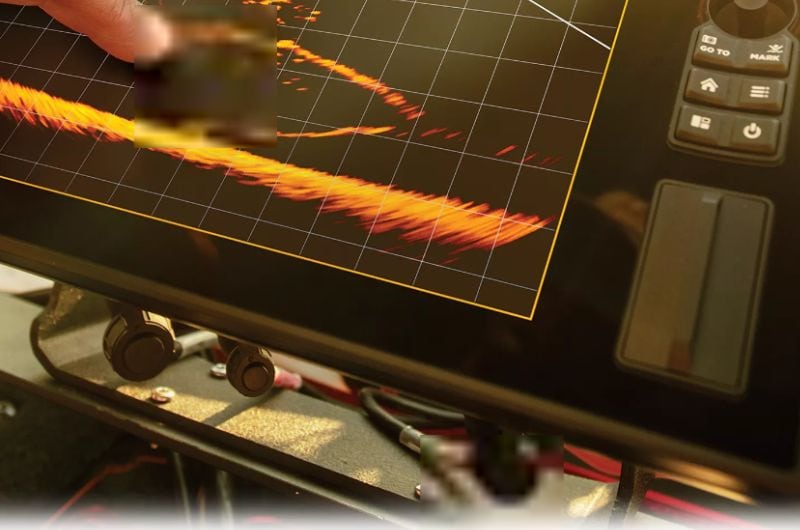 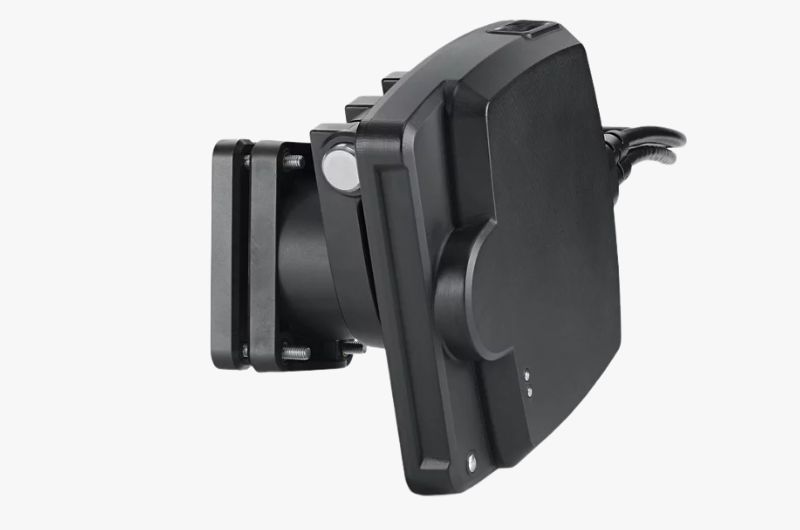 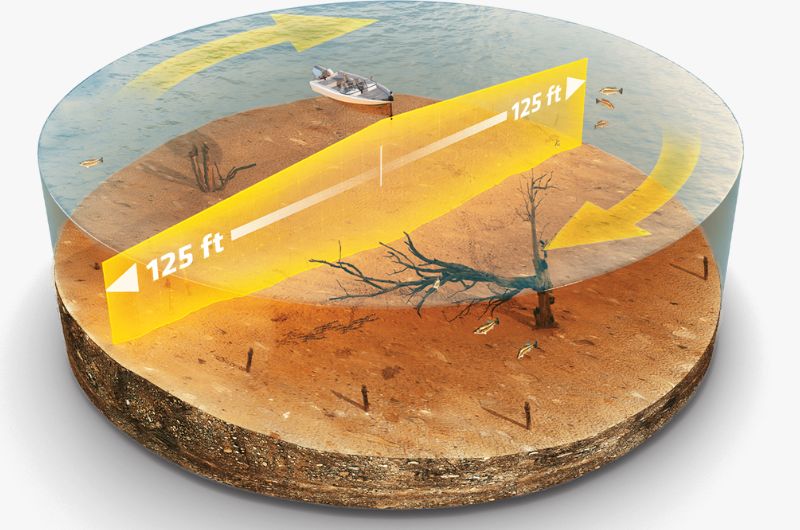 The MEGA Live imaging transducer hit the open market in 2021 and instantly became one of Humminbird’s most coveted fishing sonar. Not only does the MEGA Live provide extremely detailed and very crisp images of fish, structures, and contours around your boat, but it also works with their full line of Apex, Helix, and Solix displays.

The MEGA Live imaging sonar can help with fishing as well as navigation when attached to a trolling motor, even in heavily stained and murky water. MEGA Live offers an optimized sonar cone angle of 20 degrees which gives you a wide range when casting your lure into the water around your boat.

While Garmin may be the most commonly known name in the fishing sonar industry, Humminbird and Lowrance both have their own advanced and very clear new sonar technology available on the market today.

When comparing the three manufacturers together, however, it can be difficult to see which of the three is better. It will come down to your needs and what features are most important to you in a fish finder series.

In short, all three sonar options will offer imaging at extremely high levels when attached to your boat or trolling motor, with the Garmin and Lowrance coming in slightly better than the Humminbird MEGA Live imaging overall.

All three sonars also share the ability to change between different view modes, such as down view, forward mode, and perspective mode, also known as the bird’s eye view, whether they are mounted on the bow of the boat or the trolling motor shaft.

This gives you a wide range of freedom when it comes to deciding on a mounting point for the sonar on your boat.

That is where the similarities in the three brands basically end. Let’s take a closer look at the different features on each of these live imaging technologies and how each of the three models compare to each other.

Both the Garmin and the Lowrance have a slightly better image quality than Humminbird’s MEGA Live imaging. However, the differences are not drastic and all three can show you exactly what you need to see without effort on your part regardless of whether it is mounted to the boat directly or attached to the trolling motor shaft where vibrations are common.

Both the Garmin and Lowrance have a better overall sonar coverage at a 200 foot max, while the Humminbird MEGA Live imaging is effective to around 150 feet. This difference of about 50 feet may seem like a drastic difference, but knowing what’s around your boat in a 150 foot radius with the built in MEGA imaging is still very powerful and considered perfectly ample sonar coverage for casual and professional anglers alike.

Width of the Beam

When it comes to the beam width, all three brands have a sonar cone of around 15-20 degrees, with the Lowrance being on the lower end of the width. This means you may have difficulty casting into the slightly more narrow beam to keep track of your lure and what might be near it.

When using sonar in water less than 15 feet deep, the Garmin pulls well ahead of the Lowrance or Humminbird’s MEGA Live imaging when it comes to the clarity of the detailed images and the crisp resolution returned by the live sonar. You’ll be able to see very distinct details on fish, structures, vegetation, and contours of the soil or rocks.

In water more than 50 feet deep, the Lowrance can provide a better image than either the Garmin or Humminbird’s MEGA Live imaging. The Lowrance also pulls ahead with the Active Imaging technology as it can show clearly defined fish at the bottom of the lake which makes this an excellent option for ice fishing.

When it comes to compatibility, you may need to plan ahead before purchasing a fish finder. The Humminbird MEGA Live imaging is compatible with the Apex, Solix, and Helix lines. The Garmin works with their GPSMap and most of the Echomap line. And the Lowrance works with their wide range of Elite FS, HDS Carbon and HDS Live models which gives you the most options when it comes to compatibility.

All three brands share a very similar price point of around $1,500. The biggest difference is that with the Garmin you will be required to purchase a mounting bracket as it is not included in the complete package, while all mounting hardware is included with both the Humminbird MEGA Live imaging transducer and Lowrance making them around $100 cheaper overall and being considered the most complete package.