How to Catch Freshwater Drum 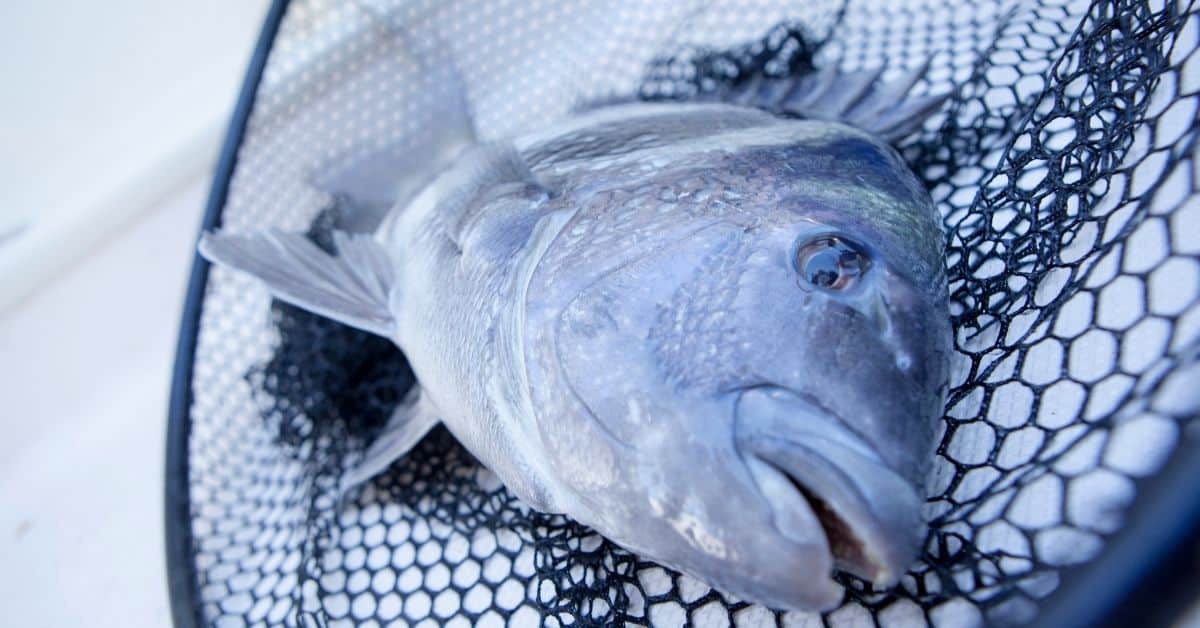 For both new and experienced anglers, freshwater drum fishing can be an excellent way to spend the weekend. Whether you are fishing from a boat or from the shore, drum are very active fish that can give you a good fight once they take the bait.

You may have heard about freshwater drum and wondered how you should go about catching them. Luckily, freshwater drum don’t require any special equipment. If you have a rod and reel setup that works for bass, chances are it will work for drum too!

All About Freshwater Drum

One of the most common areas to find freshwater drums is in the Mississippi River basin, however, you can find healthy and thriving populations of freshwater drum in almost 30 US states. This gives you plenty of opportunity to find a suitable fishing spot near your home.

If you’re in Canada, freshwater drum fishing can be very successful in Lake Winnipeg. This location is very large and has some potential trophy sized freshwater drum. For those south of the border in Mexico and Guatemala, anglers fish for freshwater drum all throughout the rivers and lakes in most areas.

How to Catch Freshwater Drum

Freshwater drum are usually not shy about taking a wide variety of baits and artificial lures. You can catch them on a huge range of different things including shad and minnows, crayfish, crickets and other insects, redworms, earthworms, and lures such as jigs, jerk baits, and blades.

Since freshwater drum are eager to strike and feed on a diverse variety of food items, they will not hesitate to take your bait as soon as it comes into their view. It’s not uncommon to have a drum on the line as soon as your bait hits the water.

Some other larger and more pressured populations may stay down towards the bottom of the lake. But even these freshwater drum will willingly take your bait or lure as soon as it gets in their field of vision. Freshwater drum will strike with speed and agility, and once they are hooked you’ll be in for a fun fight to get them into the boat or back to shore.

Freshwater drum are active all year round which makes them a very versatile fish to target. The largest numbers of this North American freshwater fish will be found in the mid summer, but most anglers will catch drum in the fall and winter.

Unlike a lot of other sport fish, freshwater drum are active even during temperature extremes. Whether it’s the hottest day of summer or the cold of winter, many drum fish can be lured up from the depths to strike at your bait or lure.

Some anglers will do their drum fishing during the spawning season. This is normally when large females will be easiest to get on your line, however be sure you are aware of local fishing seasons as some locations and populations of freshwater drum may be off limits during the height of their spawning month.

Fishing for freshwater drum from a boat is very common, though always be sure to keep boat safety in mind. Ensure you and your passengers are wearing the proper safety equipment, especially if fishing in unfamiliar areas or during the night. Wearing your floatation vest and having at least some lights on the boat can help you get back aboard.

Once you have boat safety taken care of, try to drum fish in areas of the lake that look suitable for drum to be hiding. Large drum tend to school in transition areas between rivers and lakes where the water movement starts to slow down.

You’ll normally find freshwater drum facing the faster moving water as this water movement delivers large amounts of oxygen to the area. These are the prime fishing spots you should look for. It’s not uncommon to find huge concentrations of schooled freshwater drum here.

Once you find a location like this, position your boat just outside of the transitional zone and drop your anchor. From this point you can cast your line up stream and have it flow with the water down into the grouping of drum fish.

Even if you don’t have access to a boat, or simply prefer to drum fish from the shore, you can still find great concentrations of these hungry drum. The biggest drum fish will be located around pockets of fast moving water that goes into tributaries and streams of slower moving water.

In these spots, oxygen and prey items such as small fish and freshwater shrimp will be washed right into the school of the adult drum giving them access to easy meals. If you’re trying to target the big drum, focus your casts into the faster moving water near the transition where it starts to slow down.

Like some other sport fish, drum have an excellent sense of smell. You can toss your bait into the slower water, let it sit for a while, and chances are good a drum will quickly find it by scent alone. These fish don’t need movement to tempt them to strike.

When using artificial lures, you can move it slowly through the water to make the drum take notice. Moving it through the slower moving water is more effective than holding it in a fast moving current.

Freshwater drum are large and strong fish. They will give you a decent fight once they are on the line so you want to ensure your rod and reel can stand up to the abuse. A bait casting rod and reel with braided line is a great option if you are specifically targeting big drum that will give you a lengthy fight.

Since you will be fishing in areas where largemouth bass and walleye can also be caught, it’s important to have a rod and reel setup that can handle a variety of fish. Once you get a drum on your light tackle, not only will you be fighting with a 10 pound fish on average, but you’ll also be fighting with the current as well.

If your rod is not sturdy and up to the challenge, it might be worth investing in a quality setup that can do its job and get the fish out of the water. A 7 foot medium-heavy rod with flexible rod tip and a quality spinning rod is your best combination. It’ll give you the strength and power you want with the line capacity you need to do some bottom fishing in slow moving pools.

Many anglers targeting larger drum in faster moving water will use a braided line with a 10 to 15 pound test. If you’re only catching small drum, this line will be excessive and instead can be downgraded to a 6 pound monofilament line.

The terminal tackle you choose is not as vital a choice as your rod and reel, so feel free to be flexible here. Since freshwater drum are on the smaller size, their small mouths won’t be able to handle large hooks, oversized live bait, or excessive fishing lures.

The most commonly used hook size with drum is 2 or 4. Most anglers will use a circle hook, though if you prefer using a standard straight shank hook, don’t be afraid to do so. Additionally, you can experiment with other hook types and see which one gives you the best results.

The biggest benefit to using a circle hook is that it lowers the chances of a gut hook. Gut hooking a fish is not only extremely difficult to get the hook removed, but it oftentimes leads to the quick death of the fish due to damage sustained during the fight and hook removal process.

When using a circle hook, keep in mind the movement of the fish and the water it is swimming in will set the hook for you. You won’t need to jerk the rod and set the hook yourself. In fact, doing so may end up with an eye hook or nose hook, or a complete rip of the fish’s mouth leaving no fish on the line.

Drum are very opportunistic feeders and will eagerly take a jig that is around 1-2 feet off the bottom of the lake. In some cases, heavily pressured schools of drum will be hesitant to take a bare jig, but if you tip it with a maggot or piece of freshwater shrimp it will be extremely hard for the fish to resist.

Arguably one of the best lures to use for drum, jerkbaits are very versatile. Not only can you catch some monster sized drum on a very simple jerkbait, but you can also land bass, trout, walleye, and a variety of other panfish with the same setup.

Another extremely popular lure for drum, and various other fish, is the crankbait. This very versatile lure in a smaller size is excellent for drum. Since freshwater drum have small mouths relative to their body size, you want to use a crankbait that is smaller than what you might expect for a 10 pound fish.

Almost any soft plastic lure will work for drum. These fish are very eager to take most baits, especially if they mimic live bait such as minnows, crayfish, aquatic insects, and leeches. Most plastic lures can be found in realistic colorations and offer a range of very realistic movements. Try to find a plastic lure that mimics the normal prey items in the body of water you are fishing in.

If you’ve never tried fishing for freshwater drum, now is a good time to give it a try! These fish are extremely attractive, can reach large sizes, love to put up a fight on the end of the line, and are a very forgiving species when it comes to the choice of bait or lure.

They’re just as much fun for beginners to land as they are for experienced anglers. Whether you want to do some catch-and-release fishing in slow moving water, or haul in a nice food fish for the grill, many anglers agree freshwater drum can be the right fish for you.