Fish Of 10,000 Casts: How To Boost Your Muskie Strike Rate 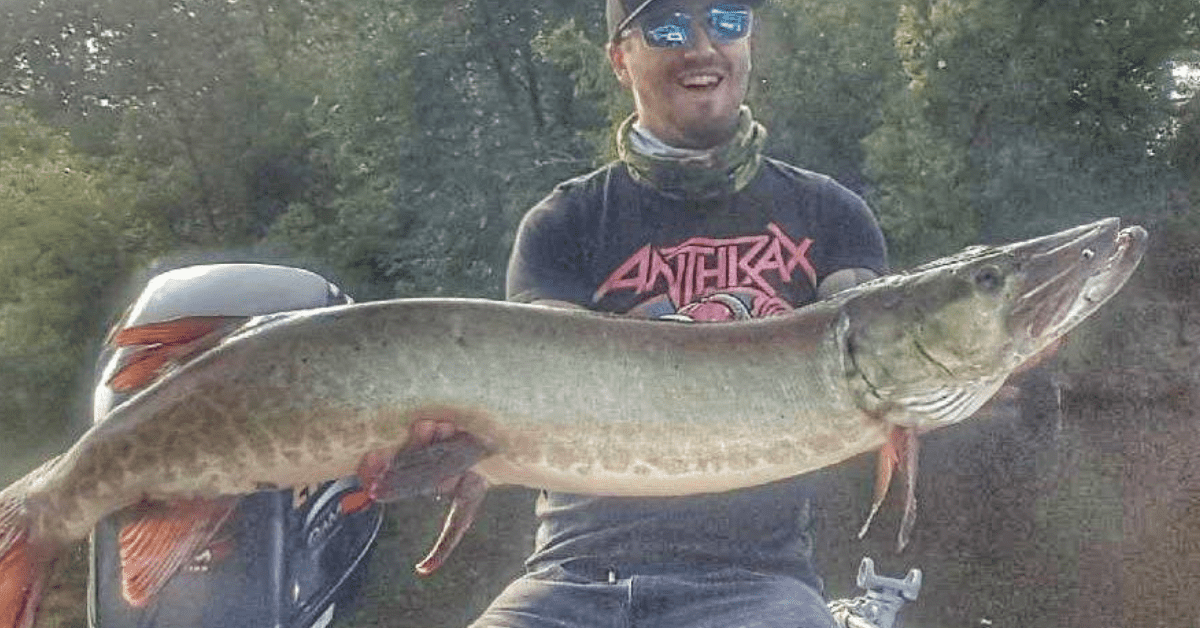 Fish Of 10,000 Casts: How To Boost Your Muskie Strike Rate

In North America, you will struggle to find a freshwater fish that has mythical and legendary status like that of the musky. For the majority of sportfishing history, the musky was a fish that drew in only the most diehard of anglers. These anglers battle against thundering dark skies and freezing temperatures with driving snow in search of fish that you would see far more than you would catch.

The popularity of chasing the musky has increased in the last two decades, with more anglers testing their wits and patience in pursuit of the fish of 10,000 casts, and with great fisheries management and stocking efforts by the departments of natural resources in many states the opportunity to catch one is better than ever if you put yourself in the right place at the right time.

The 10,000 casts legend that you hear in regards to the musky isn’t some telltale. In fact, it is the average amount of casts for the average angler, and in fact, many anglers fishing for other species like bass and even the comparable pike might go most of their lives with only catching a few by accident, and I personally know many of these people.

For the avid and successful musky angler, the 10,000 cast rule doesn’t apply, and if it does you are either a beginner who is learning from the ground up or you are doing something wrong.

Many lakes have a high musky population density, and if you are a seasoned angler it’s very possible that you are catching a fish nearly every outing and you have days where you are catching multiple fishing in a single outing.

On low-density lakes, it’s a different story entirely, and it’s more similar to hunting a big game animal, where you have to put in many hours and many casts to catch a fish, and you might strike out for a week if you have adverse conditions that make muskies eat seldom.

For example, I fish a small local tournament on a body of water that I would bet only has 100 muskies in the entire lake. Last year I won the tournament by catching the only fish out of around 40 anglers in a 10-hour tournament, and this year not a single fish was caught with the same number of anglers all chasing muskies.

This is what separates musky angling from other types of angling like bass fishing. You could go a week without catching one, days without even seeing one follow your lure to the boat, while other times you might catch two, three, or more in a single day or weekend.

Why do muskie fishermen and women persist?

For die-hard muskie anglers, it’s the challenge that hooks them. Muskie anglers are simply a different breed, and it’s a style of fishing you either love or hate. I have taken many people muskie fishing, and many of my friends who are avid and successful bass tournament anglers as well, and it’s so different from bass fishing that they really struggle at first. Out of all my bass fishing friends, only one has converted to being an obsessed muskie angler like me.

Fishing is all about putting the pieces of a puzzle together and establishing a pattern that consistently catches fish on a daily or weekly basis. When fishing for muskie, you have to do this as well, but you also have to do it and change tactics while rarely seeing the fish at times, which makes it harder than other species. If you catch a few bass on one particular lure, you’re getting somewhere, but when muskie fishing you bass fish mood and activity on fish following lures, or short strike, and only when you catch a fish, which is rare, to begin with, can you start establishing a pattern, and that pattern can change at any time.

Muskie fishing is also referred to as “musky hunting.” The reason for this reference is that muskies are actually territorial, particularly the large females, and when you contact a large fish either from a failed or missed strike, or from follow-ups, you know that muskies address so to speak, and you can return to the area and fish for that one specific fish repeatedly to try to get it to strike.

I have hunted a large single fish more times than I can count, the last 50 inch fish I caught I hunted for 2 weeks for about 3-4 days a week, in that period of time I got her to show herself 6 times before I finally get her to eat a lure with her being caught about 50 yards from the spot she was every time I sighted her.

How can I boost my muskie fishing success?

There is no way to learn like on the water learning, experience trumps all. Make a game plan every time you hit the water, in fact, this game plan should be established before you even leave the house.

Try what you think will work that day based on weather conditions, time of year, and other factors. If your plan isn’t yielding results it’s time to change tactics. Fish your preferred spots on the given day and if one presentation isn’t working after a few spots change it, and continue doing so while going back to this spot multiple times. Fish shallow on top of drop-offs and then work your way out to deeper water first establish where the muskies are holding on any given day.

What is the best way to catch muskie?

There is no solid answer to this other than to fish in locations where the muskies are actually present and use the correct lure for the areas you are fishing. Lure are tools, and as an angler, you need to view them as such.

Finding fish is the most important aspect, and in an average body of water, this could mean that the population density is only about 1 fish per acre or less of water.

Once you find key fish-holding areas fish the water column from the top-down, first using search baits like bucktails, spinnerbaits, and topwater, and as you get deeper lures like jerkbaits, big rubber baits like bulldogs, medussa’s, and tubes along with crankbaits.

Fishing key periods like minors, majors, sunrise, sunset, and especially moonrise and moonset are a necessity, along with being on the water and chasing muskie before low fronts and storm fronts come into the area, just be sure to get off the water when the weather gets bad and lightning starts getting close.

What are the golden rules of muskie fishing?

There are a few holding rules that you should follow when fishing for muskie.