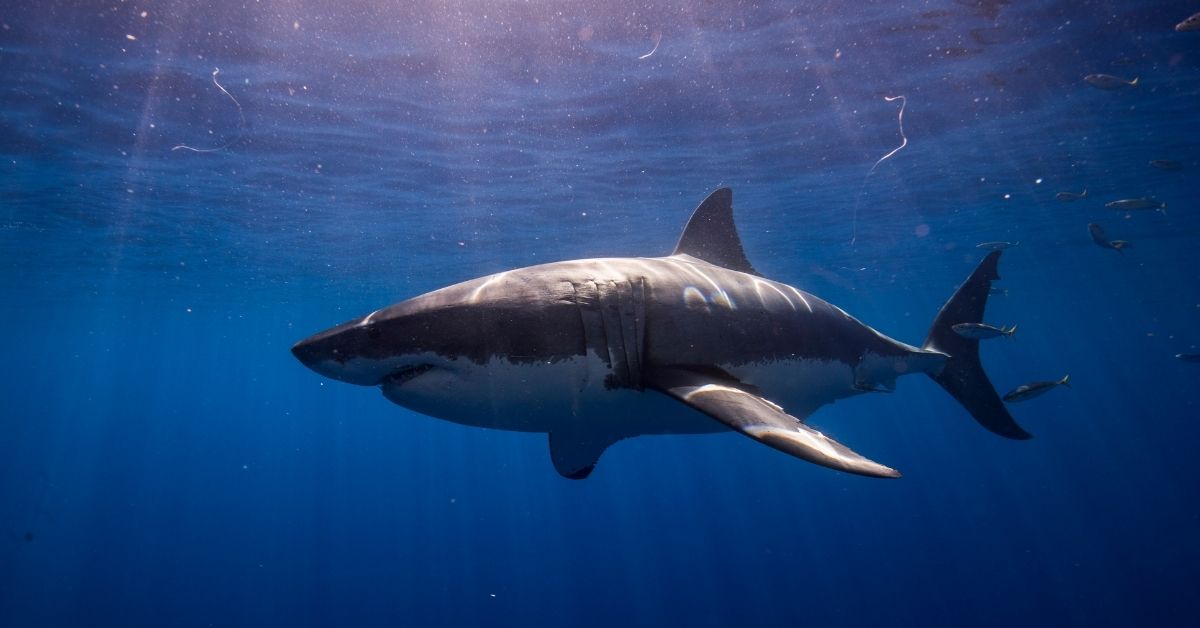 When you head out on a fishing trip, you may be hoping to catch a big fish. However, you may not be expecting to land yourself a shark.

Many fishermen have landed some huge specimens over the years. With sharks being some of the largest predatory fish on the planet, it should probably come as no surprise that there are some truly monster ones out there in the deep blue.

With shark week being a popular annual TV event hosted by the Discovery Channel, more and more interest is being generated by these impressive animals. In this article, we take a look at some shark-related world records.

If you want to get a better understanding of how big tiger sharks, great white sharks, hammerhead sharks, and mako sharks can get, these world records might help you get an idea of how truly inspiring they can be.

Alfred Dean went fishing every year after the grape harvest had finished on his citrus and grape farm. The more he fished, the more he felt the need to go on the hunt for some truly big fish.

One day when Alfred was fishing in the Great Southern Ocean off South Australia, he got the first bite on his line from a shark. This monster broke his rod though so he wasn’t able to land it. After repairing his rod using a broomstick, Alfred got a bite from another shark and was able to land this one. At around 800 pounds, it certainly wasn’t a small shark but Alfred wanted bigger.

After his 800-pound catch, Alfred went on to land even bigger sharks with one weighing in at a huge 2,333 pounds before he eventually managed to land the biggest great white shark ever caught.

Perhaps what makes this story even more impressive is that it took a little over an hour to get the shark out of the water. In around 70 minutes, Alfred Dean had caught and successfully landed the largest great white shark of all time.

Technically, this is a tied world record as the IGFA (International Game Fish Association) states that any record-breaking fish that weighs over 25 pounds must beat the current world record by at least half of 1%.

As the current record, set in June 1964 by Walter Maxwell while fishing off Cherry Grove Fishing Pier in South Carolina, stood at 1,780 pounds, any tiger shark that could break the world record would need to weigh at least 8pounds 14 ounces more than Walter Maxwell’s monster catch.

Despite its monstrous size, the tiger shark caught by Kevin James Clapson was a little under six pounds heavier resulting in the angler becoming the joint record holder with his 1,785-pound 11-ounce tiger shark.

It took more than five hours of fighting for Bucky Dennis to land his monster hammerhead shark. His catch broke the previous world record by almost 250 pounds which indicates just how big this shark actually was.

Despite its massive size, Bucky was convinced that there were bigger sharks out there waiting to be caught. If he is right, this unbelievable record could actually be broken in the future if an angler is lucky enough to catch an even bigger hammerhead.

This giant mako shark that Luke Sweeney caught was a truly big fish. While there have been bigger mako sharks caught, none of these have been properly authenticated or met the strict guidelines as laid out by the IGFA who are responsible for all world records listed in their archive.

As a result, Luke Sweeney is still the holder of the world record mako shark.

Makos are one of the fastest fish in the sea and are known to jump clear out of the water at times. Despite not being the largest shark species, this monster catch does show how big they can actually get.

If you are looking to be as successful as possible with your shark fishing, then fishing in Australia can be a great place to start. In fact, western Australia was once even called the deadliest place in the world for shark attacks!

Other places where big sharks can be caught include Florida, Texas, and other international waters where sharks can dive deep and hunt effectively.

When it comes to bait for shark fishing, the key is size and freshness. Big, fresh bait such as bluefish, whole squid, and menhaden are all good choices and can help you feel the power as a giant shark’s jaws strikes and make you fight for your next catch.