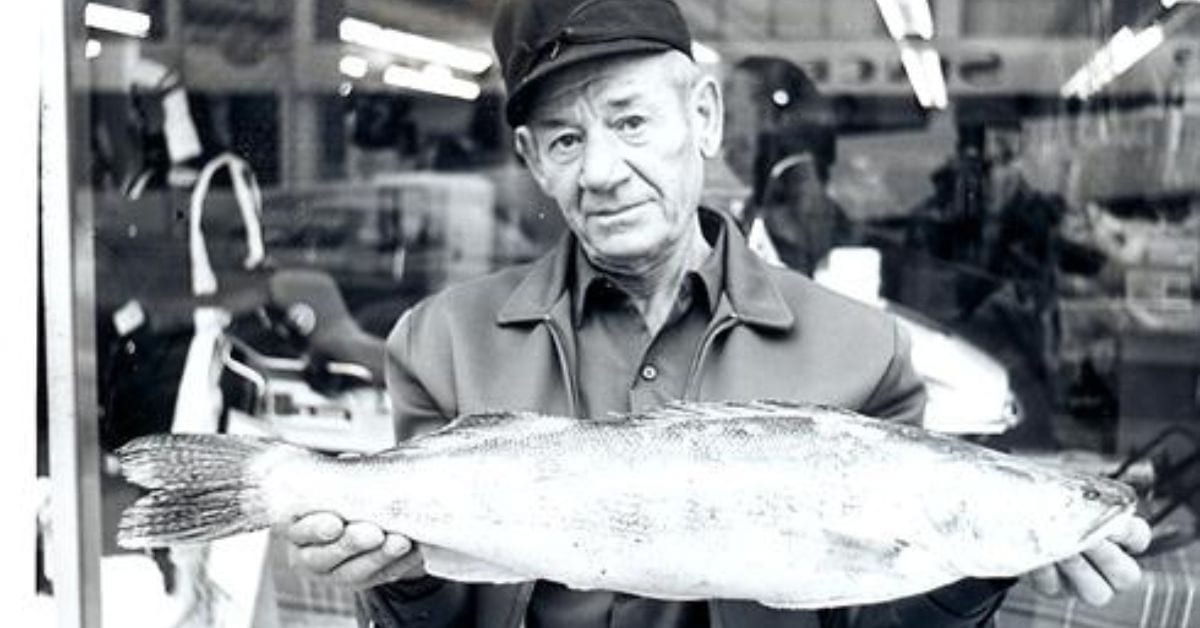 A sauger may share some similarities in appearance to walleye (to which it is related) but they are actually a different species of freshwater fish. These fish typically weigh up to around three pounds although larger sauger can (and have) been seen and caught in the past.

If you are out fishing and you’re wondering whether you have landed yourself a sauger or a walleye, the key is looking at the size of the fish and its dorsal fin. Sauger tend to be more slender than walleye and will not usually exceed three pounds. To put it into perspective about how much bigger a walleye can be compared to a sauger, the world record walleye weighed around 25 pounds compared to the eight-pound world record sauger.

The dorsal fin of a sauger will also be marked with black spots and won’t have the telltale dark spot of a walleye at its base.

Sauger can swim against fast currents with little issue and are successful predatory fish preying on small invertebrates and fish. What they actually end up eating ultimately depends on the time of year and the size of the sauger.

At the time of his world record-breaking catch, Mike was using a Garcia rod, Garcia 5000 reel, and a Cortland line baited with night crawler. The fish weighed 8 pounds 12 ounces so was the biggest fish of the species ever caught. As sauger normally weigh no more than three pounds, this world record looks like it will continue to stand for some time to come.

Sauger are closely related to walleye so share quite a few similarities. In fact, these two similar species actually reproduce together in some places. When a female walleye reproduces with a male sauger, you get the hybrid fish of a saugeye. This species has its own list of records and many anglers enjoy landing this hybrid fish just as much as any other species out there.

However, it’s worth keeping in mind that sauger are different from walleye, particularly in size and weight with walleye being substantially bigger of the two fish.

Sauger are migratory fish so their distribution does change throughout the year. They are one of the most widely distributed fish in North America and have a historical range extending across most of the central and eastern states from the St. Lawrence-Champlain system south, west of the Appalachian Mountains, to the Tennessee River in Alabama, and northwestward to central Montana and Alberta.

A story of note regarding the distribution of sauger is based on the Kentucky state record for saugeye. Sauger are pretty rare in the Cumberland River but they can occasionally be caught there. Angler Clay Smith landed a fish weighing just under nine pounds in the Cumberland River and initially thought it was a sauger. His fishing buddy thought the fish in question was a walleye but it actually turned out to be a saugeye that Clay had landed.

The old record that Clay Smith broke had actually only stood for two months but Clay’s catch beat the former record holder by more than two pounds.

Although bigger and smaller sauger are definitely out there, typically, they will measure in at around 12 to 13 inches in length when they are fully grown.

Saugers usually move upstream during March and May. This is commonly to spawn before moving back to their home location further downstream sometime between April and July.

As they are migratory fish, sauger have been known to travel a long way to find the best spawning locations.

To increase your chances of catching sauger, large rivers, lakes, and reservoirs tend to be a good choice. As a general rule, sauger prefer slow-moving, deep water so this is a good thing to look out for on your hunt for sauger.

When it comes to the best time of day, early morning just as the sun is rising, or late evening when the sun is setting seem to be effective sauger-catching times.

If you like using live bait during your fishing adventures, then minnows and nightcrawlers tend to work well although you can also use smaller fish like shad pretty successfully too.

It’s also worth keeping in mind that, in some locations, sauger will stay near the bottom of the water. If this is the case, you’ll have to get your lure down to their level to encourage them to bite and enable you to successfully land them.