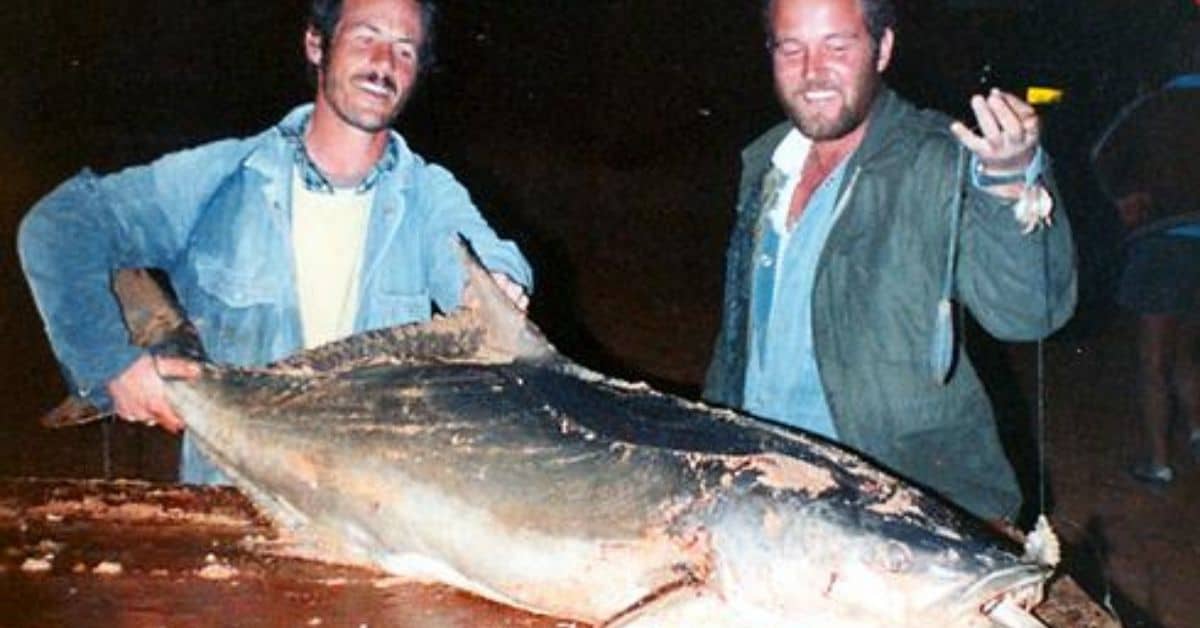 While it is not widely known, the biggest cobia ever caught was taken in Western Australia back in 1985.

The all-tackle world record catch weighed in at a massive 135lbs (or 61.5kg).

Angler Peter Goulding got the IGFa record fish casting a live bait with a 15kg line using a surf rod and reel.

The monster cobia was more than five feet in length and had a girth of 52 inches.

He caught a 92-pound, 10-ounce cobia off the West African coast of Guinea-Bissau off Acunda Island.

Using a 20-pound-test tippet, the maximum strength allowed by the IGFA for a fly fishing record, Guenec fought it for more than an hour.

Guenec, a keen angler and a fishing guide in his native France, e used a 9-foot, 12-weight rod with matching reel, each made by Temple Fork Outfitters.

The catch, which is expected to be ratified by the IGFA, would break the existing world record of 83 pounds, 4 ounces taken by fly fisherman Jim Anson on Jan. 2, 1986, at Key West.

Biggest cobia caught in the US

The largest cobia caught in the US that we are aware of was taken off Virginia in 2006 weighing 109 pounds – some 25lbs short of the world record.

And in Virginia, a record cobia caught in 2006 weighed 109 pounds. The fish was caught in Chesapeake Bay by Joseph F. Berberich II of Hayes.

The biggest cobia ever caught by whatever method is thought to be a 178lb giant taken by three spearfishers off the coast of Brazil. Because more than one of them speared the big fish, it won’t qualify as an official IGFA world record nor replace the existing record. It was nonetheless a stunning catch.

There was another cobia taken off Oman in the Middle East rumoured to have weighted 141 pounds, but this enormous cobia won’t enter the record books because the fish was never weighed on official scales.

Cobia are a dark brown, large, solitary pelagic (ocean-going) fish that reach up 75 inches in length and more than 170lbs in weight.

They are a fish that isn’t afraid to get up close to boats and can often be found close to the water’s surface. They are sometimes mistaken for sharks thanks to the way their large pectoral fins come out horizontally.

Cobia typically prey on crabs and crustaceans and this fish is sometimes known as the crabeater, black salmon or lemonfish in the US. They are also sometimes called black kingfish.

Cobia are known for following manta rays and whale sharks and feeding off crustaceans and other prey items that the ray stirs up.

Cobia are found in tropical waters of the Atlantic Ocean and also in the Indian Ocean off Western Australia and off the Pacific coast of Japan.

In the US, there are two main populations – an Atlantic population in waters off Georgia to the north and a Gulf of Mexico population extending through to the east coast of Florida..

As well as being a popular sportfish because of their size and fighting ability, cobia are also a really sought after eating fish. Check out our article on how to cook and prepare cobia for tips on making a decent meal if you are lucky enough to have caught a cobia.