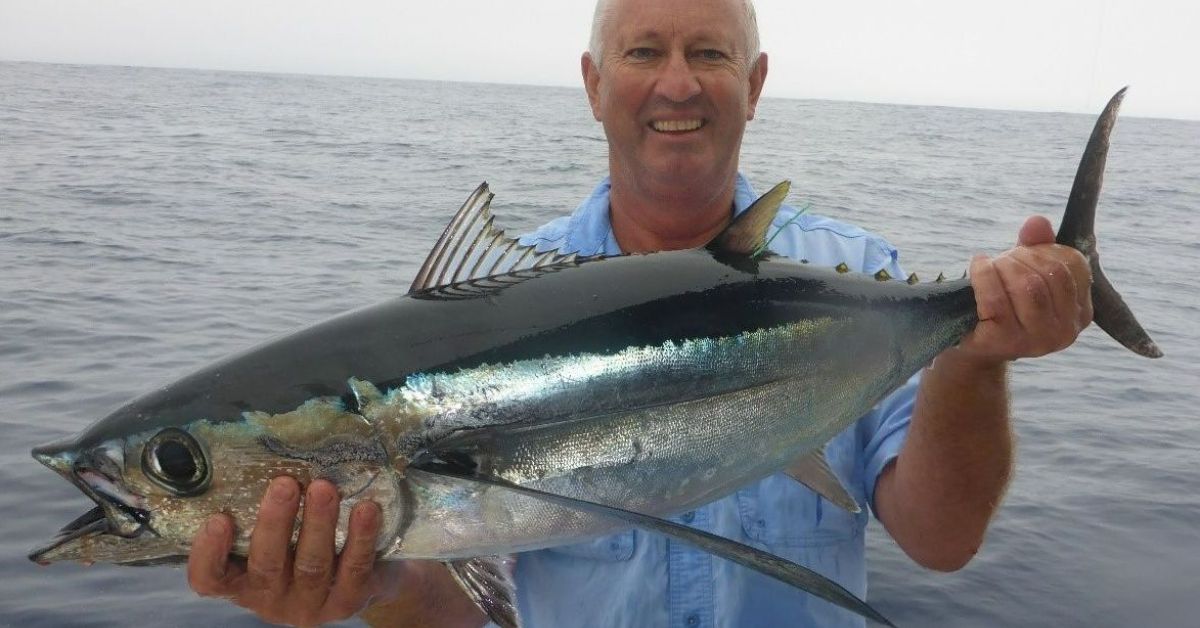 Albacore tuna may be known for its tasty fillets that is sold in stores all over the United States, but it is also a species of Tuna that can grow to some pretty impressive sizes.

Although it is one of the smaller tuna species, the International Game Fish Association world record albacore tuna might be bigger than you first expect. On average, this species of fish might not sound like giants of the deep, but there are some large specimens out there.

It’s some of these large tuna specimens that we are talking about in this article. In it, we look at a couple of the world records associated with albacore tuna and the anglers who have managed to catch some of the big ones!

Most fish of this species weigh in somewhere between 10 and 30 pounds. While they can get much bigger than this, it’s pretty rare to catch one that goes much beyond 60 or 70 pounds. That is unless you are angler Siegfried Dickemann on a fishing trip all the way back in November 1977.

On the trip, Siegfried was using a Noris-Shakespeare rod and an Osea line 900 9/0 with an 80-pound line. He was drifting a mackerel when his eventual record-breaking fish took a bite.

Despite the impressive size of this fish, there has actually been an albacore that was bigger and successfully caught with a rod and reel too. The fish in question holds the California state record and weighed 90 pounds 4 ounces. Unfortunately, for the angler who caught it, they were using a type of hook that the International Game Fish Association doesn’t approve so, therefore, the world record still stands at 88 pounds 2 ounces.

Whether you look at the world record or state record, these sea creatures are some of the biggest tuna specimens caught of the species. Despite their relatively small size compared to other world record tuna (the biggest yellowfin tuna ever caught was over 400 pounds and the world record bluefin tuna was over 1000 pounds), these fish are still big fish for the size the majority of their species grow to.

An 88-pound albacore tuna is certainly an impressive fish to behold.

When husband and wife, Scott and Sue Tindale, set out on a fishing trip together, they probably didn’t think that one of them would end up as a new world record holder, let alone both of them!

Scott’s fish was slightly smaller than Sue’s fish but there wasn’t enough of a difference for the record to be broken. This means that both Scott and Sue hold the all-tackle length world record for albacore.

Scott was using a Kilwell rod, a Shimano reel, and he was trolling a Black Magic Freedom lure.

Sue was using a Kilwell rod, a Shimano reel, Black Magic line, and she was trolling a Pakula lure.

It’s an interesting story that this husband and wife can share together – a fishing trip in New Zealand led them both to catch the largest tuna of this type and both becoming world record holders.

Thunnus alalunga. Albacore are also known as longfin tuna too.

Albacore can be found in tropical and warm temperate waters of the Pacific, Atlantic, and Indian Oceans. It is worth bearing in mind that these fish can swim up to 50 miles per hour and they can cover vast distances during their migrations.

While you can get Albacore that weigh up to 90 pounds and that are up to more than 30 inches long, most will weigh somewhere around 50 pounds or under and will be somewhere around 20 inches in length.

Albacore can be caught using bait or a lure. They are usually found by trolling and can sometimes be bought closer by chumming small baitfish.

It’s worth keeping in mind that if the trolled fish gets unhooked, it will swim away and the rest of the school will likely follow so you need to be careful to prevent losing a whole load of fish.

These fish have good eyesight so a fluorocarbon leader might be useful too.

Albacore are tasty fish and are the only tuna that can be sold as white meat tuna in the USA.

The flesh is light and has a mild flavor. The meat holds together pretty well so grilling Albacore can be a great option for cooking.