Where are Abu Garcia Reels Made? 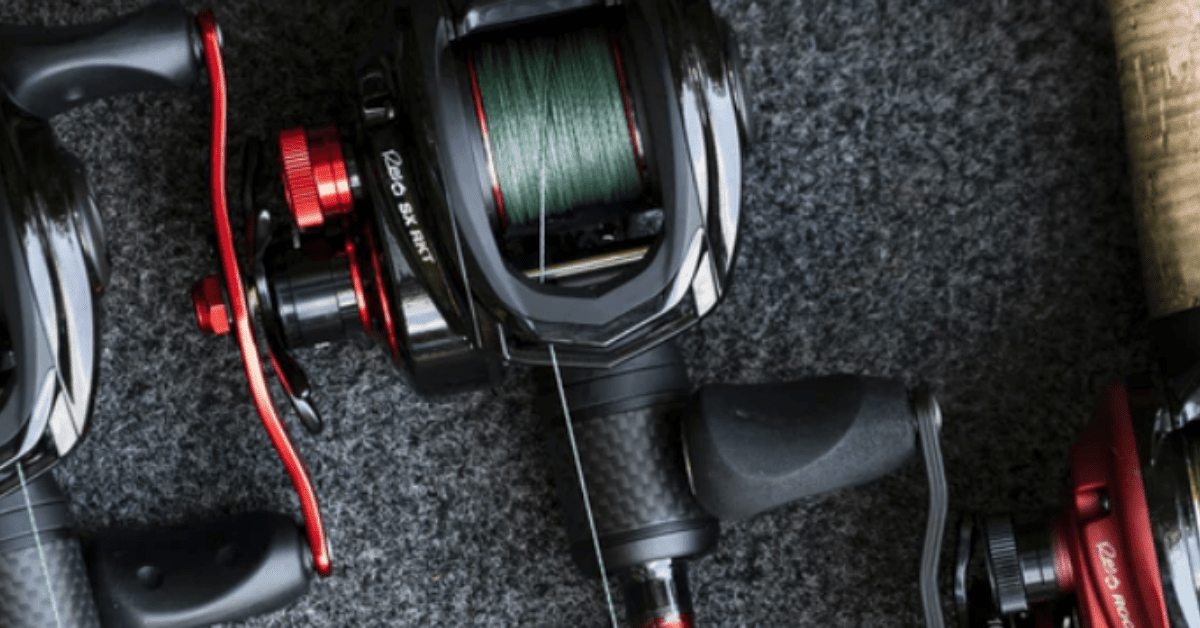 Where are Abu Garcia Reels Made?

Abu Garcia reels are very popular with anglers all over the world. Considering that your fishing reels are the most complicated part of your fishing equipment, it makes sense that most anglers want to feel confident that their gear is made to a very high standard.

Part of why Abu Garcia reels are so popular is that they are very well-made and can handle all the rigors of a successful fishing trip.

A common question asked by anglers tends to be “where are Abu Garcia reels made?” Although the company has its origins in Sweden, only a few of its fishing reels are still actually made there. The majority of fishing reels from Abu Garcia are now made in China, Korea, and Taiwan.

While this might be a bit disappointing to those who thought all models were made in Sweden, the quality of fishing reels manufactured by Abu Garcia is still very high regardless of where they were actually made.

In this article, we take a closer look at Abu Garcia fishing reels to help give you a better understanding of where they are made and how the brand came to be so well known for its fishing gear.

History of Abu Garcia as A Fishing Reel Maker

For the first 20 years of its existence (from 1921), Abu Garcia was a company that made pocket watches, telephone timers, and taxi meters. Once World War II began though, the demand for these products declined quite significantly.

That’s why in 1941, Abu Garcia launched its first fishing reel – the Abu Record.

Up until 1984, Abu Garcia was actually just known as Abu, hence the Abu Record in 1941. When it was combined with a US company called Garcia, the name Abu Garcia was used and has been used ever since.

Before merging to form Abu Garcia, the original company (Abu) had already made quite an impact in the fishing world. After the success of the Abu Record, the company went on to release the now world-famous Ambassadeur in 1952, followed by the company’s first-ever spinning reel in 1955 – the Abu 444.

The AbuMatic followed in 1956 with the Cardinal spinning reel coming 9 years later in 1965.

Other key moments in the brand’s history came after 1984 when the Abu Garcia name was taken.

In 2006 – The Revo low profile bait cast reel was released and had a pretty significant impact on the fishing world. This was followed up in 2009 with the release of the V-series rods of the Vendetta and the Vengeance.

In 2010 the first Revo spinning reel is released in the form of the Revo Premier and, in 2013, the Revo Low Profile range was completely redesigned to be lighter, more compact, and more powerful than before.

Abu Garcia continues to be a sought-after brand in the angling community so owning one of their fishing reels is a common desire of many fishermen out there.

Which Abu Garcia Reels Are Made in Sweden?

Only a few Abu Garcia fishing reels are still made in Sweden. In fact, only one range is made in the original factory in Svängsta, Sweden where the pocket watches were originally made. Considering this factory opened in 1921, it’s quite surprising that it is still operational to this day and survived all of the financial and physical obstacles (like a world war) that have been thrown at it.

The Ambassadeur range is still made in Sweden including

Which Abu Garcia Reels Are Made in Asia?

Abu Garcia fishing reels made in Asia include

No matter what Abu Garcia reel you have, you can be confident that it is well-made, long-lasting, and made to very high standards.

Despite only a few models being made in Sweden and the vast majority being made in Asia, the consistency of quality throughout the entire catalog of reels is extremely good.

The company has strict quality control that is clearly enforced in all factories regardless of what country they are in. In fact, you would probably find it very difficult to notice any differences in the quality of Abu reels made in Sweden to those made in China, Korea, or Taiwan.

Some of Abu Garcia’s most famous reels are the Ambassadeur reels that any fishing enthusiast would be keen to own. These are still made in Sweden but the quality is equal to that of the Revo models which are made in China and have an equally as large fan base all over the world.

In very simple terms, the reels made in any one of Abu Garcia’s factories all meet the extremely high standard set by the brand.

The current owner of Abu Garcia is the American company Pure Fishing.

Pure Fishing actually owns 19 brands and is known for being the world’s biggest producer of fishing tackle based on volume.

While Abu Garcia reel production might not happen in the US, the Abu Garcia owner is an American fishing company. If you like to support American businesses, then Abu Garcia could still be a good choice for you.

Production costs tend to be lower in Asian countries so it makes sense for the brand to continue to make a lot of its products there. Despite being US-owned, the brand still has deep connections to its original foundations back in Sweden with the original factory still being used in the production of some of the reels.

Abu Garcia – A US-owned Swedish company that manufactures its products throughout Asia – you can’t dispute that Abu Garcia is a truly international company.