What is Considered a Trophy Bass? Largemouth and Smallmouth 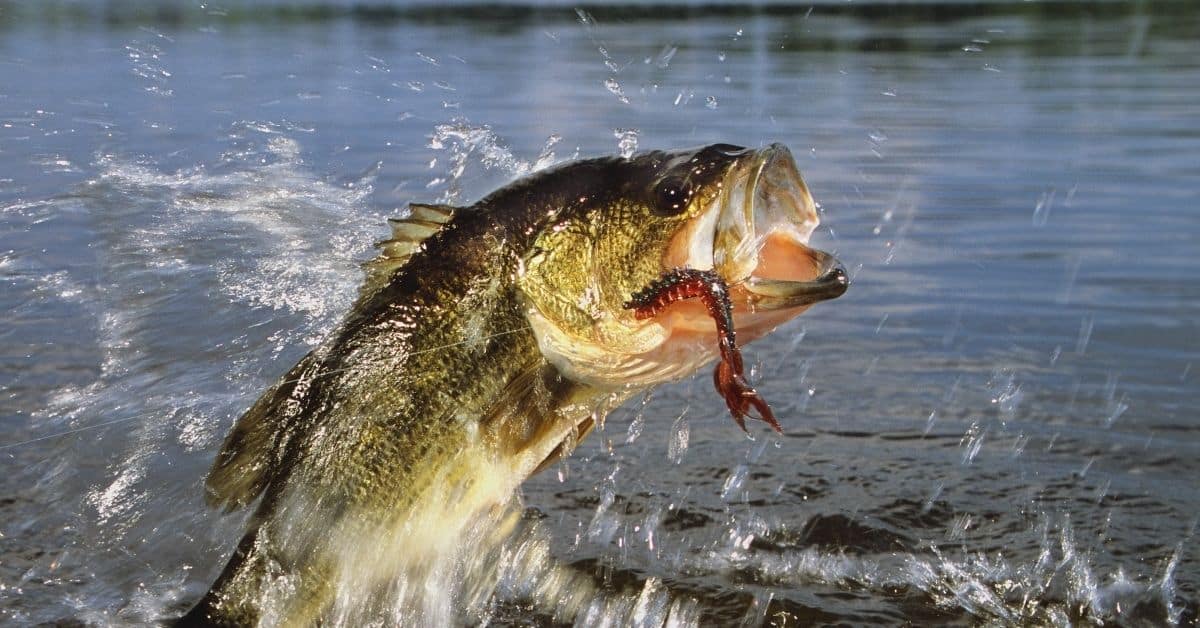 The answer can vary, and in this post, we will take a look at what anglers may consider to be a trophy bass depending on their location.

What is Considered a Good Size Large Mouth Bass?

A “good” sized largemouth bass depends on where you are fishing.

Largemouth bass in the southern parts of the U.S. or Southwestern bodies of water have to potential to grow much larger than in the northern U.S. like the Midwest.

The growth differences come down mainly to habitat and climate, and largemouth bass prefer warmer waters.

An angler in Wisconsin for example will consider an 18-inch or 3.5-pound bass to be a good bass.

In Southern states, this same bass is still considered a good fish, but the chances of catching a 5-pound bass are much higher, and thus more anglers may consider a 5-pound bass a good catch.

What is Considered a Trophy Largemouth Bass?

A trophy bass like a “good-sized” bass depends on your location.

In the Great Lakes region, for example, a bass weighing 6 or 7 pounds is definitely a trophy bass, while in some southern or southwestern waters, a 10-pound bass is considered a real trophy among anglers.

What is Considered a Good Size Smallmouth Bass?

Smallmouth bass don’t grow as large as their largemouth bass cousins, and they also are on the opposite spectrum in terms of regional growth, with largemouth bass growing to larger sizes in the northern reaches of their range, in particular the Great Lakes.

A good size smallmouth bass is typically in the 3-4 pound range in most of the waters where they are found.

What is Considered a Trophy Smallmouth Bass?

Trophy smallmouth bass will range anywhere from 6 to 7 pounds but some anglers have caught smallmouth bass in the 8-pound range, and the world record specimen weighed nearly 12 pounds.

The other bass species we have not yet mentioned is the spotted bass. Spotted bass are smaller than largemouth on average and is similar in good and trophy bass sizes as the smallmouth bass.

A good-sized spotted bass is around 4 pounds with a trophy being over 5 pounds, with the world record spotted bass weighing in at 11 pounds in weight.

Bigger lures do tend to catch bigger bass, but you will be surprised at how small bass will attempt to eat large lures, but in general, it will weed out much of the smaller sized bass.

This applies to baitfish more than other prey like crayfish, but look it this way, does it make more sense for bass to waste energy chasing down several small baitfish? Or does it make sense to expend less energy eating one or a few large fish?

You wouldn’t eat a meal of potato chips if you have the option of eating a large steak dinner, and this mentality works when a trophy largemouth bass is feeding.

Small baits will still catch trophy bass, as all predators are opportunistic feeders, and there are also times when small baits will outshine large baits, such as when the fish are in a neutral feeding mood.

What Pound Test do You Need for Trophy Bass?

When it comes to the fishing line, the bottom line is to go as high as you can while still giving effective presentations.

With braided fishing lines, you can punch way above the belt and easily run a 50-60 pound test if you wanted, but for other line types like fluorocarbon, 16 pounds is a safe bet for most situations and will work just fine even if you hook that 15-pound giant.

What are Some Top Locations for Trophy Bass?

There are quite a number of trophy bass waters out there. These lakes are like factories that constantly produce trophy largemouth bass in large numbers due to excellent habitats, great trophy bass management, or a combination of both.

The lakes that produce trophy largemouth bass are typically found in the southern United States, and northern Mexico an are truly outstanding bass fisheries.

There are many more lakes of the same caliber as the lakes mentioned above, but these lakes are undoubtedly some of the most famous for producing trophy largemouth bass.

For trophy-sized smallmouth bass, you have to travel pretty far north from the lakes where trophy largemouth bass are caught, but like with largemouth bass lakes, there are plenty of them.

While all of these lakes are in the northern part of the country, there are still some trophy smallmouth bass waters in the south, typically these lakes are deep and clear reservoirs where the fish have access to cooler water year-round.

While places like Sturgeon Bay are part of the Great Lakes, the Great Lakes, in general, all have great smallmouth bass fishing, and you never know what you will catch due to the vast and massive size of the lakes.

At the end of the day, the trophy is in the eye of the beholder, if a 5-pound bass is a trophy to you personally, don’t let anyone tell you any differently, and this goes for any species. Many anglers get so focused on catching big bass all the time that they forget to enjoy the fact that they are fishing, regardless of the size of fish they catch.