What Is CHIRP Sonar? A Complete User’s Guide 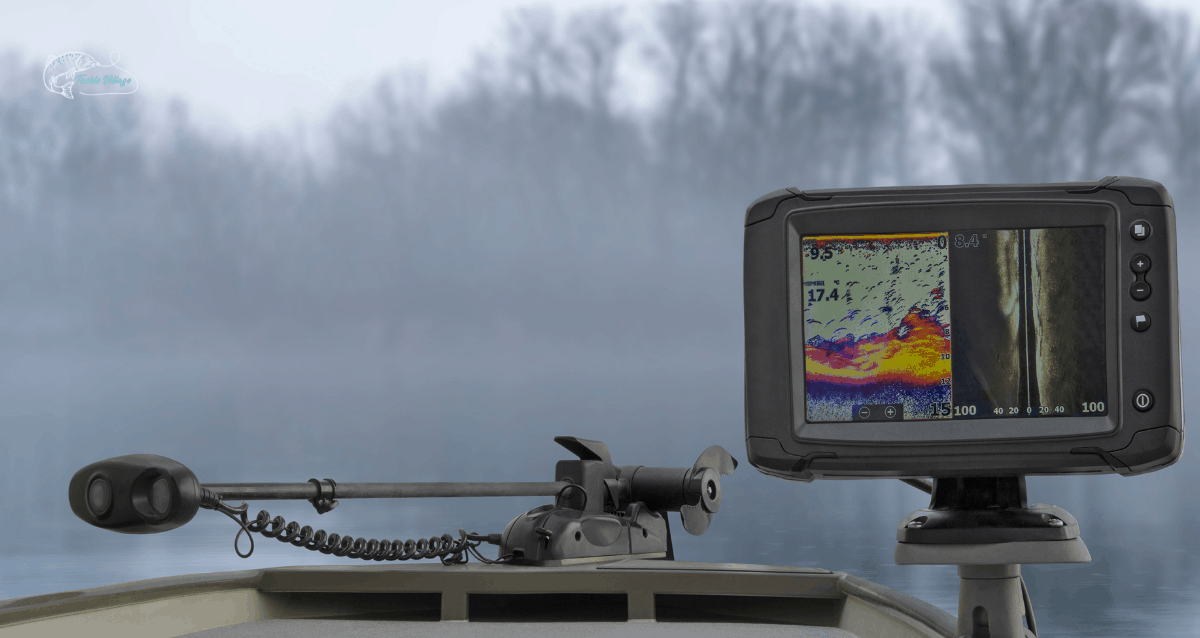 CHIRP sonar is a powerful new kid on the block that could change the way you fish. Find out what they are, how they can help you, and why you should consider investing in one of these fish finders.

CHIRP stands for Compressed High Intensity Radar Pulse. These devices have a wider range of frequencies than traditional sonar technology. They penetrate deep water to a greater effect and so, are the fish detecting gadget of choice.

Since they produce higher-quality images of fish, the seafloor, structure, and other objects too, CHIRP sonars simplify locating, identifying, and tracking your catches.

CHIRP sonars have grown in popularity in the last few years and are only on the incline. They’re almost effortless and have transformed how we fish. Let’s take a look at how these God-sent gadgets actually work (and help).

How Does CHIRP Sonar Work?

It sounds complicated, but it’s pretty straightforward. But, to understand why CHIRP stands out, we must first take a look at traditional 2d sonar.

2D sonar devices emit a strong pulse (or ping) of sound into a water column, then wait for an echo to return to it. If the pulse hits an object, the soundwave bounces off of it and reflects back to the radar. Sonars process these patterns into images that display where any acoustic disruptions occurred.

Standard sonar is an applaudable, but limited, method of finding fish. It has a lower broadband range because it emits pulses on a single frequency. Because of this, the data is often vague and difficult to decipher. Traditional transducers are also slower and less efficient than modern radars.

Another consideration is that these fish finders aren’t that versatile. High-frequency sonars give better data but are practically useless in deep water. Low-frequency sonars penetrate further, but they sacrifice detail.

A CHIRP sonar module uses pulse compression to generate more data at a higher resolution. In layman’s terms, they convert long pulses into narrow ones with higher amplitude. This increases the signal’s range and thus, detects more targets at a greater depth.

In addition to this, a CHIRP image will have improved target separation and decreased water column clutter, so they’re easier to read than single frequency, traditional sonar too.

High CHIRP vs Medium CHIRP vs No CHIRP

CHIRP sonar isn’t only about power— you’ll have to keep accuracy in mind before you settle on one. There are three types of CHIRP units that you can choose from, depending on what you intend to use them for.

A medium CHIRP fish finder gives you the widest coverage possible. At 83 kHz or so, they’re best for bottom tracking bait beneath your transducer.

CHIRP technology scans a broad range of frequencies, so it’s no brainer that they can process much more information than a traditional 2D sonar (or single frequency units) ever could. Still, it won’t fish for you, Here are a few tips that will help you make the most of your CHIRP sonar. 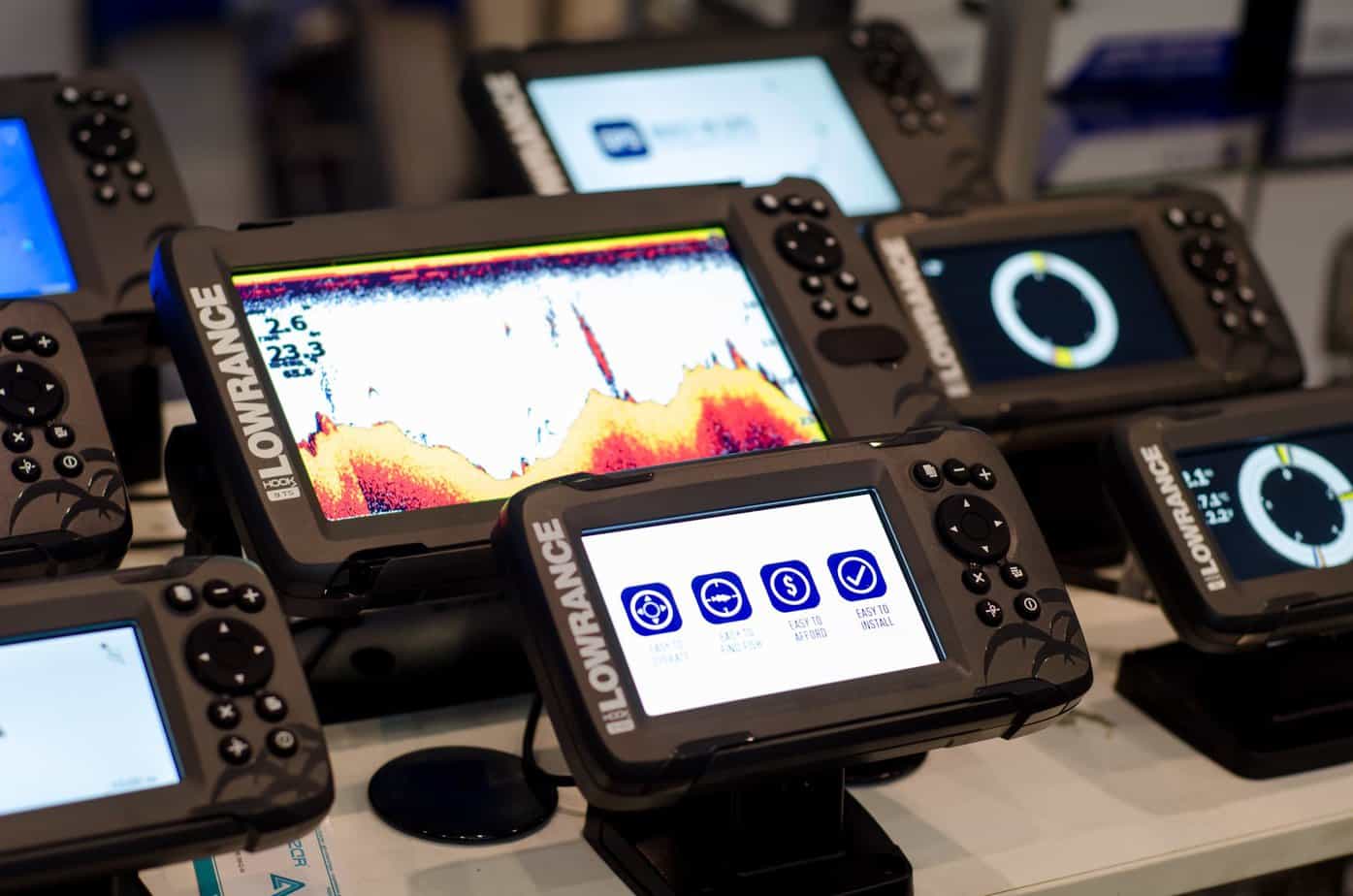 Tweak your sonar range. In areas of interest, decrease your CHIRP range to focus on your surroundings. This will display the area in greater detail, so you can better gauge the scale or prominence of fish and objects.

Know how to mount your transducer. Position your transducer just below the hull of your boat, at a slight, forward-facing angle. Your rivets and strakes should be out of the way to prevent flow disruptions. You’ll get more accurate readings. 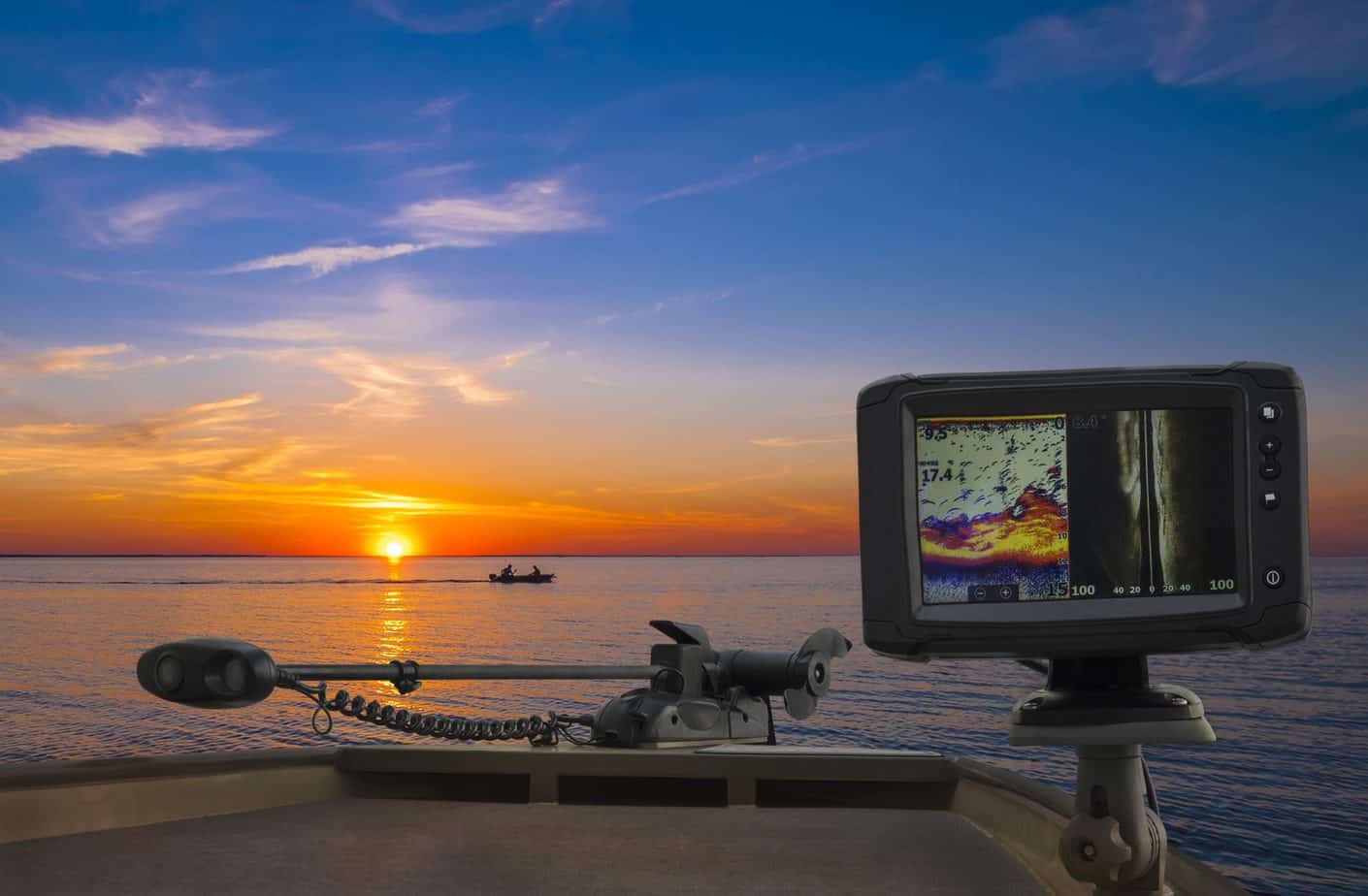 Change your color settings and contrast. Play around with your color settings until you find one that is easy on your eyes. Adjusting your contrast will improve the definition of your fish arches, and it will make it easier to discern between different objects.

Refine your sonar’s sensitivity. Some CHIRP sonar devices come preset for optimal sensitivity, but you’ll still want to tweak them. Doing so could reduce water column noise.
If your sonar is too sensitive, it will pick up on debris and ruin the clarity of your image. Likewise, if the sensitivity is too low, your fish finder might struggle to observe, track, or identify fish and smaller structures.

Use down and side imaging correctly. Many anglers don’t understand what side imaging is. To put it simply; down imaging is best for viewing what’s directly beneath your boat while side imaging is used to scout the unseen in a much wider area to the left and right of your water column. They’re not interchangeable, and you could be hindering your fishing by using them incorrectly.

Traditional Sonar vs Downscan vs CHIRP?

CHIRP technology outclasses both standard sonar and Downscan in a landslide.

Fish finders that use CHIRP have a longer, more frequent, and more effective pulse that spans a much wider range of frequencies. CHIRP sonar also has superior target separation, and displays more detail, so you can easily distinguish fish arches, targets, and structure.

You can still use an older fish finder if you prefer, but compared to traditional sonar, CHIRP sonar is leagues better and will improve your overall fishing experience.

The fact is that CHIRP transducers can help anglers catch more fish— with greater ease— because they’re simply more sophisticated.

Is CHIRP Sonar Worth the Cost?

All things considered, should you invest in a CHIRP sonar fish finder? Absolutely.

Anglers agree that, while single frequency tools still have their place and purpose, CHIRP transducers are a game changer that have truly revolutionized the way we go fishing.

CHIRP devices do cost more than single frequency sonar, but considering the quality, reach and sophistication, CHIRP’s price is justified. If you can invest in one, do.

When shopping for a CHIRP sonar, first take a look at its transducer specs. AIRMAR is the manufacturer of choice, brand irrelevant.

That said, there’s a multitude of CHIRP fish finders to choose from. Which unit you choose depends entirely on your fishing style, but to give you an idea of what’s out there, here are some top picks: