What do bluegill taste like? A Tasty Freshwater Fish 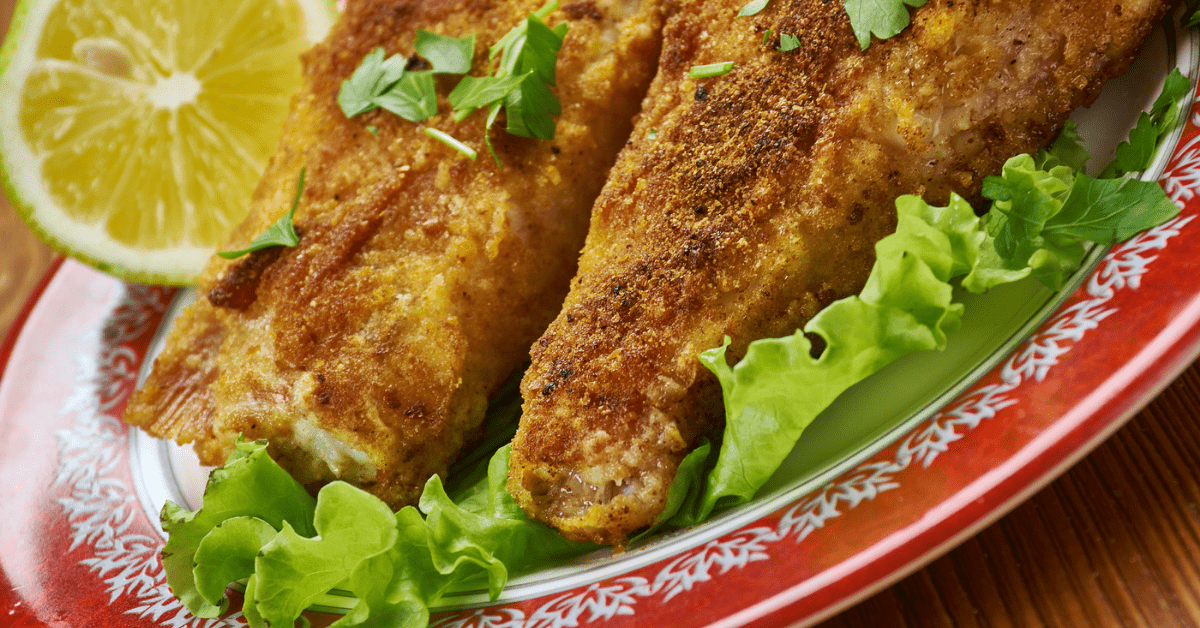 What do bluegill taste like? A Tasty Freshwater Fish

Small panfish are not only fun to catch but incredibly tasty to eat. One of the best-tasting fish is the bluegill. These small fish have flaky, white meat that is slightly sweet. Except for crappie, fried bluegill is one of the best tasting freshwater fish there is.

What is bluegill? The bluegill fish is a member of the sunfish family. The Centrachidae family, to which bluegill belong, also includes black and white crappie, black bass, and yellow perch. All of these panfish are highly desired as eating fish.

The bluegill is a small freshwater fish species native to North America. This plentiful little fish can be found in most freshwater streams, rivers, lakes, and ponds. The bluegill, like other sunfish species, stays relatively small. Most bluegills measure six to nine inches long and weigh less than a pound. They are called bluegill because they are a greenish-blue color with a dark blue spot behind the dorsal fin and a dark-colored gill flap.

Big bluegill will provide two small filets, one on either side of the body. The meat is flaky and white with a mild flavor. Like other freshwater fish, bluegill tastes best when pan-fried with a crusty coating. The firm meat holds together equally well in a frying pan or in a deep fry.

How to Cook Bluegill

Deep-fried bluegill is top-notch table fare in the southern United States. Dipped in a bath or egg and milk, then rolled in a mixture of white flour and crushed corn flakes or panko crumbs, nothing beats the taste of deep-fried, fresh bluegill. Because it is so prolific and easy to catch, this small fish is a popular dish at a large fish fry, often paired with potato wedges and coleslaw.

The best time to eat bluegill is the day after you catch it. Clean the fish by gutting and removing the head or by fileting. In my humble opinion, filets are much easier to cook and eat. Place the cleaned fish in a bowl of cold water in the refrigerator overnight. This helps soak out part of the blood that can create a fishy taste, although bluegill doesn’t really have that strong fish taste.

There are a few preferred recipes for cooking this fried fish. The favorite dish seems to be pan-fried bluegill filets. To prepare bluegill fillets, dip them in the egg and milk wash, then roll the filets in a mixture of salt, pepper, flour, and cornflakes. This creates a nice crunchy crust that will taste good, but not overpower the mild taste of the meat. For more flavor, add extra salt and black pepper.

Another variation, and one I personally use, is to combine the flour with cornmeal. Rinse the cold fish filets and pat them dry with a paper towel. Dip the meat in the dry mixture, then in the milk and egg bath, then back into the dry mixture. Drop the chunks into a pot of hot oil and cook until they float to the top. This recipe creates a delicious meal when served with fries and a fresh garden salad or slaw.

Some people like to remove the head and grill the entire fish with salt and lemon pepper seasoning. Others prefer the extra kick jalapeno and lime adds. Check out this recipe from BackCountry Hunters.

No matter how you prepare it, this tasty fish is good eating. It has become so popular that many restaurants now offer friend bluegill on their menus. One thing that you should not do is eat bluegill raw.

How do You Catch Bluegill?

Even though they are small, bluegill are fun to catch. Many anglers prefer to use ultralight tackle with a small hook and live worms for bait. The secret is to only use a small piece of worm, just enough to cover the shine of the hook. Bluegill have small mouths, but they snatch the bait and run. This makes it fairly easy to catch one. They are a great fighting fish and feel like monsters on light tackle.

Because they are caught so easily, bluegill make the perfect first catch for novice anglers. If you want to teach a kid to love fishing, take them to a farm pond full of bluegill and rig the line with a bobber and bb shot weight. Suspend the bait in shallow water, about 3 feet deep. Like crappie, bluegill look up to eat so the bait should be slightly above the fish. Bluegill like to hide in cover, so fish near weed beds.

The Best Lures to Catch a Large Bluegill

Most anglers will have an arsenal of baits prepared before a fishing trip. While you can easily catch bluegill on a worm, some anglers prefer to use artificial lures. Like fishing for other panfish, you will need small lures than can be presented near cover or in shallow water that may have weed beds or debris. The thing to remember about artificial lures is you need to use something that will get the fish to eat it. Additives like sprays and dough-based pellet baits can be added to artificial lures to make the plastic smell and taste like common fish.

Spoons are concave, spoon-shaped pieces of metal that swing back and forth in the water when retrieved. This mimics the motion of a small fish. When using a spoon for bluegill fishing, be sure to use a small one, perhaps one inch or less and weighing 1/8 oz or less.

Grubs are short, wormlike plastic baits with curly tails. When retrieving these cast baits, the reeling action causes the long, thin curly tail to wave and twist. This movement is designed to attract the fish. Grubs are available in many colors, patterns, and sizes. When fishing for bluegill in brackish water, try lime green, chartreuse, or white. In clear water, use orange, red, or blue to attract bluegill fish.

Spinnerbaits can be jigs, grubs, skirted jigheads (get one here), minnows, or insect-like. These artificial fishing baits have an extra L shaped wire attached that holds a small, spinning silver disk. The idea behind spinnerbaits is that the silver spinner will attract the fish through movement, and the fish will want to eat the artificial bait.

The Carolina rig is popular among crappie fishermen, but works equally well for other fish. A Carolina rig is not a lure for fishing, but a method of attaching a lure to the reel line. It consists of a short piece of leader line, about three feet long, attached to the main line with a swivel. A bullet weight and bead are placed on the main line, before the weight. The weight secures the lure to the bottom, or near the bottom, but allows the baited hook to float above the bottom. This also keeps tight lines from the reel to the weight, making it easier to indicate a strike.

The inline spinner uses the same small spinner as spinning baits, but it is attached to the main hook shaft, rather than an additional wire attached to the hook shaft. These lures usually have several beads of various colors or a few beads and a plastic grub. These are another cast and retrieve type bait.

How to Clean a Bluegill

The bluegill fish is more round and flat than bass or trout. Most of the meat you can eat will be on either side of the ribcage, from the dorsal fin down to the belly. Fileting bluegill is much like any other fish. You want to make a cut just behind the gills to free the meat from the head. Using a very sharp knife, cut along either side of the dorsal fin from the head to the flat part of the tail. You can then grasp the flesh and peel the meat from the bones.

If you prefer to eat the whole fish, use a dull knife to scrape the scales away from the skin. Gut the fish by making a slit from the tail opening to the head along the underside of the fish. Wash the fish in clean water and dry it before seasoning and cooking on the grill or in a frying pan.

I think fellow anglers would agree that bluegill is a favorite fish. Not only are they plentiful because they are prolific breeders, but bluegills can live in just about any freshwater. You can even catch them in the dead of winter through an ice hole on a lake. Like crappie, they are a fun little fish to catch, and they taste great. Bluegill is a delicious fish to eat. The flesh is white, firm, and flaky. Depending on what they eat, bluegill can have a mild or a sweet taste.