How to Catch Shad For Bait and Keep It Fresh 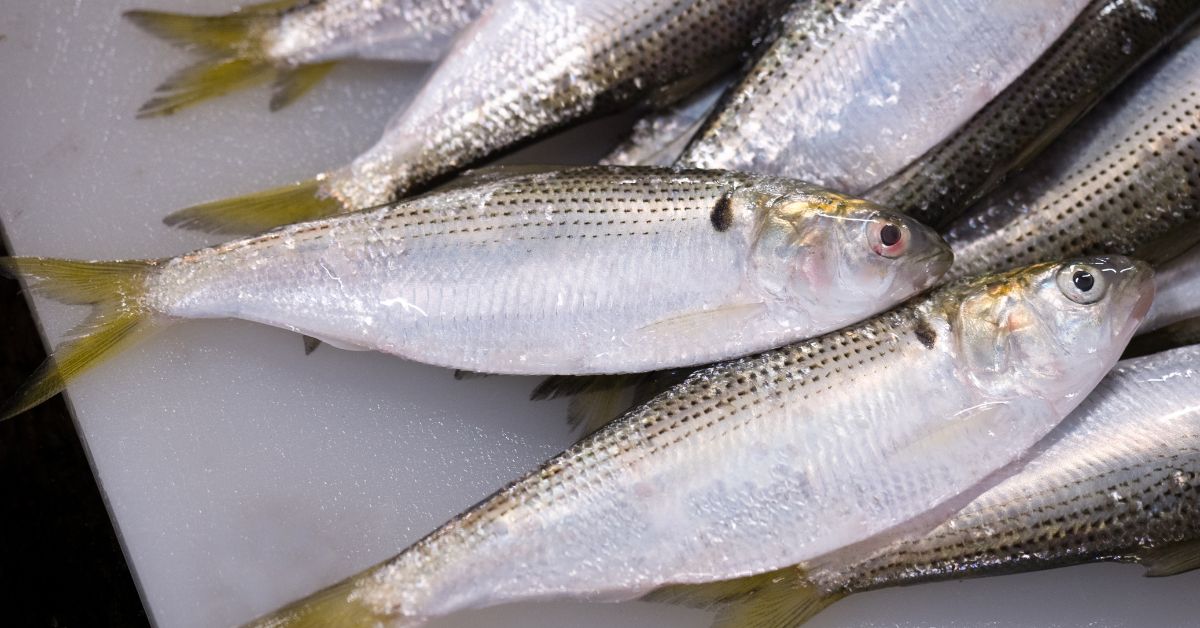 How to Catch Shad For Bait and Keep It Fresh

Having an ample supply of live or cut baitfish for your next fishing trip can be an important factor to consider. Especially if you are going for fish that will only strike at actively moving or intense smelling baits.

Shad are an excellent bait fish to have around. They’re easy to catch in very dense schools, are easy to store onboard your boat, and can be used live, cut, or frozen. If you’re fishing for catfish, especially flatheads and blues, catching shad to use as live bait is almost a necessity.

Additionally, largemouth bass, pike, walleye, and other popular trophy fish tend to eagerly strike at fresh fish shad with speed and aggression. This zest in striking deeper water American shad makes it easier for anglers to ensure a solid hookset as well as get an exciting fight when luring the fish in.

There are several different types of American shad, though anglers will most likely be dealing with one of the two most popular; Threadfin shad, and Gizzard shad. These two shad are quite different from each other when comparing their size and action in freshwater rivers and lakes.

Gizzard shad can be found much larger, and do better in colder water. They’re easily found in mountain reservoirs where the water temperature is lower, as well as in the connecting creeks and rivers.

They can be up to a foot in length and can be identified by their silver color, as well as the 35 rays in their lower body fin. In addition, you may notice they have what looks to be an overbite with the upper jaw pointing further out than the lower jaw.

Threadfin shad on the other hand are much smaller and will mature at less than 6 inches in length. While there are some Threadfin that may reach 7 or 8 inches, this is extremely rare and their smaller size makes them the best shad for walleye fishing in stained water. Unlike the Gizzard shad, Threadfins do not tolerate cold water as well, so are normally found in warmer lakes and reservoirs.

One of the most notable identifying factors in Threadfin shad is their body color. You will notice they have a pale yellow color on their fins and along the spine. You will also notice that their jaws align properly and neither the top nor the bottom is protruding further than the other.

Where to Find Shad

Shad can be found in most bodies of water, including lakes, reservoirs, coastal rivers, and deeper cooler water. One of the easiest ways to locate schools of shad is by using a fish finder as shad dart around from one spot to another. These electronic sonar devices are extremely useful in locating your targeted trophy fish, as well as schools of baitfish such as smaller shad and minnows.

Shad will normally group together around boat marinas in the early morning hours to feed on small shrimp that are attracted to the dock and mooring lights. If you’re specifically targeting Threadfin shad, look for water that has somewhat warm water temperatures but is well aerated when shad fishing.

Aeration can come in the form of naturally moving water such as a feeder creek or a connecting riverhead. These highly oxygenated areas are not just good for baitfish, they’re also a prime spot to look for trophy fish such as bass, pike, and catfish during spawn months.

How to Catch Shad for Bait

One of the easiest ways to catch shad once you have located them is with a cast net. This can be done from a boat or from the shore, depending on where you notice the shad spawn gathering together. Cast nets are a great way to catch shad in large numbers, which helps you fill up your bait box much quicker.

In addition to using a cast net for catching shad, you can also try shad trawl nets to catch shad. These can be used for shad fishing from your boat as you slowly move through the water trolling for other fish. This shad fishing method does not deliver as many fish at once as a cast net, but does have the potential to keep supplying fresh and live shad throughout your fishing day.

If you plan on using a cast net, look for one that is smaller mesh with a decent amount of weights. While smaller mesh nets will sink slower than larger mesh, it reduces the chance of fish getting their gills stuck in the netting.

How To Keep Shad Alive as Bait

Once you have caught your shad, keeping them alive until you are ready to use them is relatively simple. If you have a baitfish box (click here for the best deal) onboard your boat, place them in there with an adequate amount of water and aeration.

What Can You Catch With Shad as Bait

There are a variety of fish that will willingly take shad from your line. Additionally, these fish will accept shad whether they are live, frozen, or cut. Depending on the fish you are targeting, different shad presentations may get a better response. But in general, all of the following fish will take shad in almost any way you choose to fish it.

Flathead, Channel, and Blue catfish will all very eagerly take shad. It’s extremely rare for any of these catfish species to refuse shad, whether it is live, frozen, or cut bait.

If you’re targeting catfish on light tackle during the spawn season or any other time of year, but have had trouble with these fish taking your lures or other bait, try most shad species for some almost guaranteed results.

If you’re fishing for big stripers, shad are an extremely well-liked food for them. Larger shad will be your best choice in this case, but they can be used in a variety of ways.

Both live and cut shad are much better than frozen, but striped bass will take frozen shad in many cases as well. It’s a rare day when a striper refuses to strike a shad.

One of the biggest benefits when fishing for largemouth bass is that they will eat almost any type of lure. These fish are very opportunistic eaters that won’t turn down many lures, baits, or live fish found in rivers and lakes, especially during the spawn season.

However, largemouth bass can become very suspicious of certain lures or baits they see often. So if you are fishing for largemouth bass in a heavily fished area near shore or along the rivers, consider using live shad instead of an artificial lure in order to make a catch.

While these fish can be somewhat more shy than other trophy type fish, walleye will eagerly take smaller-sized and young shad on light tackle, especially during the spawn months. They can be difficult to catch on artificial lures in some areas due to the overabundance of many anglers in that area.

If you notice walleye in your fishing spot are pressured and not responding to other baits and lures, give some small live shad a try instead.

These aggressive fish will take shad without any hesitation. In fact, shad makes up a huge amount of their natural diet throughout the year. Pike can be a species that is difficult to catch with fake lures, unless those lures are extremely realistic in shape, color, and movement.

In general, fishing for pike with live baitfish as your lure is a very effective way to land these monster fish.

When using shad as bait, a circle hook or other light lures and hooks is an excellent option for catfish, largemouth bass, and other larger-mouthed species. The whole shad, or cut parts from it, can be used perfectly well on most circle hook lures.

Jigs, spinners and small spoons on a fly rod are also good choices for small shad species, or young fish that don’t have enough weight for a full heavy hook and rig. In this case, cut shad or young whole live shad make great fighters on the end of the spoon or spinners that can attract trophies in clear shallow water near the shore.

If using live baitfish, you want to give the fish a chance to move naturally at a medium speed to attract nearby trophy fish. Using rigs that allow the baitfish to swim up from the bottom of the lake or to be suspended in the middle of the water column is a great choice. Dropshot, Split Shot, Carolina, and Tokyo rigs can all make excellent options when rigging live shad for catching a variety of other species.