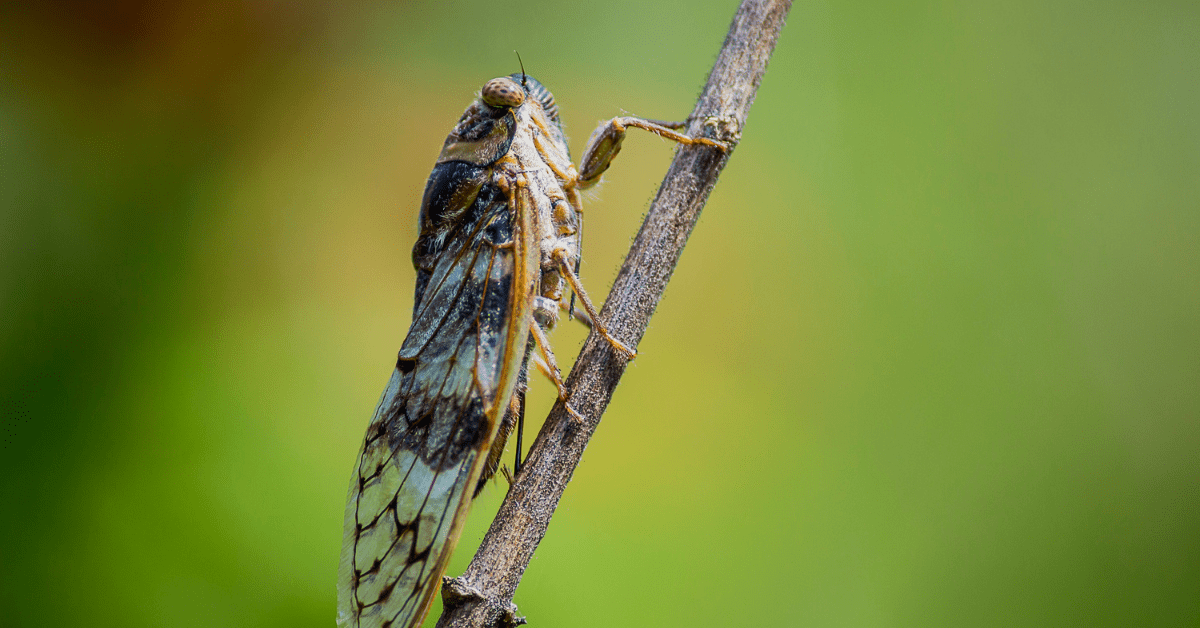 Every angler has a fabled hatch on their list. Here in the Rockies, we have the Mother’s Day Caddis hatch, summertime tricos on the Platte, and let’s not forget the big bugs like the Salmon Flies or Green Drakes. If trout had a calendar, they’d probably have all of these times circled, just like us fly fishermen. I know other areas have huge hatches, too. I wonder how many anglers, though, have cicadas as their top hatch.

While we don’t get the massive periodical cicada hatches as the Eastern US, like North Carolina or West Virginia do, have dozens of species of cicada that, when around, are on the menu of gamefish. For those who know, an epic cicada hatch brings more excitement than any other, which is why we’re looking deeper into the clumsy, bug-eyed, well, bug that fish go coo-coo over.

Cicadas are giant insects with large eyes and are known for the male cicada’s noisy mating call in trees that is reminiscent of an irritating child’s crank toy. There are over 3,000 different species of cicada that can be found all over the world. These bugs live most of their lives as nymphs underground. When the immature cicadas emerge from the soil and climb into nearby trees, we consider this a hatch.

Many species hatch annually and are heard starting in spring. Other cicadas, known as periodical cicadas, remain underground for 13 and 17 years, emerging as a predictable and awesome display of nature. Once hatched, cicadas will mate and die off within two to three weeks. That is if the rather clumsy, poor flying insect doesn’t fall prey to the myriad of predators that feed on these easy targets, including fish like bass and hungry trout. Large fish will not pass up a chance for a high-energy meal that is utterly helpless once it falls into the water.

When Do Cicadas Hatch?

Many types of cicada hatch every year. The periodical cicadas, the ones that only hatch in 13 and 17-year intervals, tend to create the cicada mania publicity. Look for annual cicadas, and the periodical ones, to hatch starting in mid-May to early June and last throughout the heat of the summer.

How Long Is the Cicada Hatch?

Cicada hatches will last throughout the summer. In North America, peak cicada season is in August or September, but you’ll likely know it from the sound. Fly fishers can target trout with patterns throughout this time and other gamefish when it may be too warm to target trout safely.

Where to Find a Cicada Hatch

When the insects hatch they molt and climb high into trees. Target water that has overhanging branches and tree lines. Since cicada does not fly well, it is in these areas that fish will find unlucky bugs or spent cicadas that have reproduced.

How to Fish a Cicada Hatch: 5 Essential Tips

When fly fishing cicada hatches, focus on river banks and lake shores with treelines. Cicadas spend their adult lives in trees. Despite larger wings, cicadas are not able-bodies fliers and often fall into the water trying to get to adjacent trees to find mates. These are hot spots where bigger fish use the shade the trees provide to wait out the heat of the day and the dog days of summer.

Beef up Your Tippet

Targeting feeding fish during a hatch can be action-packed and often piques the interest of larger fish. This is no time for a dainty 5x or 6x tippet; you’ll need a heavier leader. Attach up to a 20-pound test to a 9-foot leader. With heavy flies, have a fly rod and line that can turn over bulky flies. Famed guide and fly designer Blane Chocklett uses a “7- or 8-weight fly rod with a medium to fast action like the TFO Axiom II-X with a line like the Scientific Anglers Amplitude Tropical Titan or Mastery Bass Bug [fly line].”

Land Your Fly With a Splash

Cicada are not skilled flying insects. In nature, the bug is likely to have miscalculated the elevation necessary to leap a distant tree. If I had made such a critical error, I’d frantically try to avoid the water landing resulting in a loud crash. If life wasn’t bad enough for Mr. Cicada, it is about to get much worse as the splash and struggle to escape the water’s surface is likely to resonate as a dinner bell for area fish.

Don’t Be Afraid to Twitch Your Fly

Once the bugs hit the water, they won’t have the presence of mind to tell themselves to stay calm. Instead, it will struggle and attempt to free itself after a few seconds from its water predicament – to no avail. This should suggest to any fly angler that movement can be advantageous. Fish may be attracted to this struggle and move to investigate. The same action may activate the fish’s predatory instincts to eat the fly.

Twitching won’t always work, and it is crucial to have a keen eye for how fish react to your fly to decide the best way to present the fly. Just because twitching fly patterns work one time is no guarantee fish will respond to it the next time.

Don’t Be Afraid to Change Patterns

I’ve found that fish are less discriminating during the beginning of a hatch than when they have time to get a look at a few. For this, you are more likely to succeed early with traditional flies that are “close enough” to the cicadas. Large and smallmouth bass anglers will find success this time of the year with bass poppers and sliders that have similar coloring. Trout fishermen can slap similarly colored Chubby Chernobyl or Amy’s ant on the water and get takes. Then, as the hatch goes on, search out flies designed as cicada imitations and cover lots of water.

An effective pattern can range from carbon-copy representative to utterly impressionistic. The fly you choose out of your fly box depends on how long the hatch has been going on. Tying flies like a Chubby Chernobyl early in the hatch, but fish become more selective as the summer wears on.

Carl “Boomer” Stout’s Cicada pattern was inspired by the smaller annual cicadas that hatch along the Green River in Utah from mid-may through June. The multi-colored legs attract the trout, while the white hair on the foam body keeps this dry fly highly visible on the surface.

A variation on the MassHopper from Umpqua Signature Tyer, Josh Smittherman, the Massicada resembles a child’s toy. Bulbous and buoyant, the massicada should be plopped onto the water’s surface under the shadows of trees.

Though other species come in countless color variations, orange is a popular color for many, which is why the cicada bomb is always tied with the orangey color. The cicada bomb looks like a large bass popper. Be sure your rig turns over large flies and then is strong enough to hold on as this cicada fly will turn the heads of big fish.

Reminiscent of all types of chubby bugs, the Chernobyl is a valuable pattern in many situations, including cicada mania. Use this fly early in the hatches and in high, discolored water when brown trout, stripers, and even carp are less pedantic on their cicada fly critiques.

Once a fly hits the water, there is no getting out; these unlucky bugs will drown face down. Others may have completed their life cycle and simply fall from their perch. The Spent Cicada floats on the surface, but its red eyes face down, perhaps as a trigger to feed trout.

Fish are opportunistic. No matter what species you target, feeding trout, striped bass, carp, or even catfish, you will be surprised by them at some point, and you’ll be amazed by what they will eat. Cicadas on the menu are no different than mousing for brown trout or tossing a duckling fly for pike and musky. Fish will take what they think is (a.) an easy meal and (b.) can fit in their mouths. Fly fishing cicada hatches show that you, too, are opportunistic; you too can take what you’re given; you too can cast aside tradition. If you can catch fish with a cicada pattern, what surprises will you uncover? 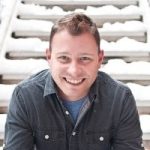