Are Lake Trout Good to Eat? 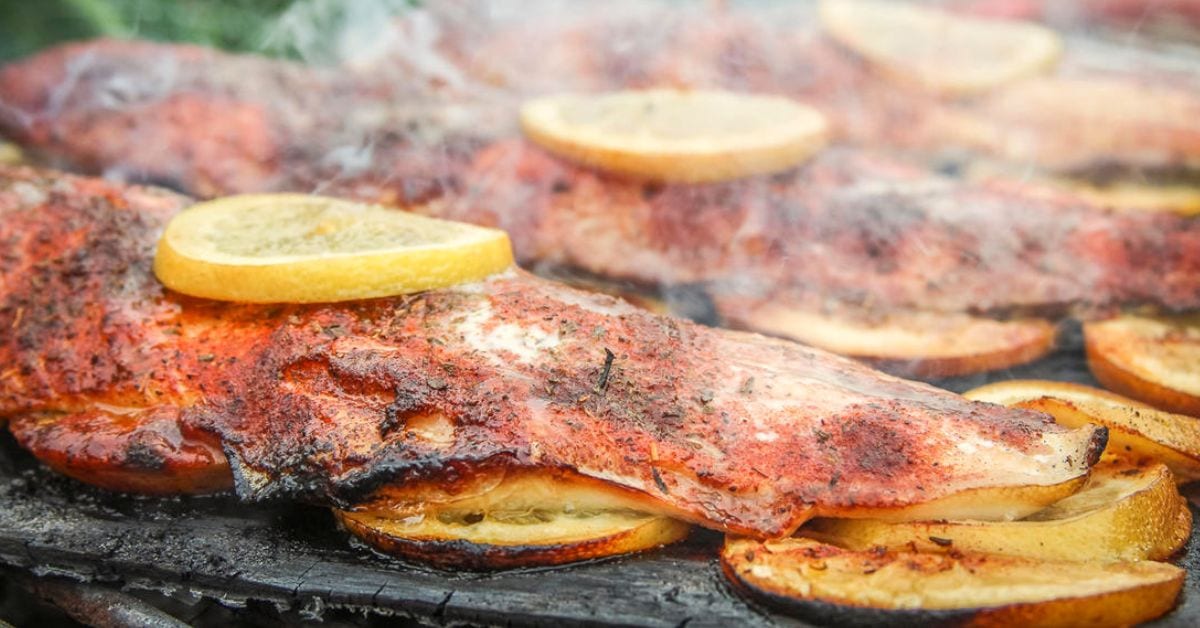 Are Lake Trout Good to Eat?

Are lake trout good to eat? This is a debated topic among anglers, with many saying that the lake trout is a subpar tasting fish, while other anglers are big fans of the lake trout. If prepared correctly, lake trout can make for some great table fare.

Can You Eat Lake Trout?

Lake trout are fine to eat in moderation, but there are guidelines on how often you should eat them.

Like with many types of fish, lake trout retain toxins the older they get, and can contain high levels of mercury or other toxins that are bad for humans.

For example, it is recommended that when fishing on the Great Lakes, you only eat one lake trout a month due to the average levels of toxins that are found in the fish in these bodies of water.

People do eat lake trout, and while you might not find it offered in stores and restaurants, anglers actively fish for species and harvest them for the table.

Lake trout is not nearly as common in terms of table fare compared to other trout species like brook trout, rainbow trout or brown trout.

Lake trout meat is typically orange in color, but it can vary from white to reddish in color depending on the fish.

Lake trout meat is similar in color to that of a brook trout, and this is because they are closely related. Lake trout and brook trout aren’t actually members of the trout family, despite their names, and are members of the arctic char family of fish.

Lake trout definitely have more of a “fishy” taste compared to fish with more mild flavors, and this is one of the main reasons many people do not like the taste.

The older and larger a lake trout gets, the more it will have a fishy flavor, and many anglers prefer to keep the smaller ones for food depending on fishing regulations.

How does it compare to other trout?

Compared to other trout the lake trout is definitely the least popular, with trout anglers preferring to put brook trout, brown trout, and rainbow trout on the table.

In areas where brook trout are found, they are probably the most popular species to keep for dinner.

Other species of trout have milder flavor compared to the lake trout, hence the increased popularity among anglers.

Size does matter in terms of taste, and this is true for many fish, in particular the larger fish species like lake trout.

The larger the fish gets the more contaminants are contained in the body of the fish, and the fishy flavor also increases with age and length.

Everyone thinks of keeping the largest fish they catch for the table, but in most cases, the small to medium-sized fish of a species are better tasting than the large ones.

What Is the Best Way to Prepare It?

If you intend on harvesting a lake trout for the table, the first thing your should do is bleed the fish by slitting its’ “throat” or area just behind the gills.

If you leave the blood in the fish, it will give the fish a bad taste if isn’t cleaned or filleted immediately.

You should keep your lake trout in a cooler with ice or in cold water until you get back to shore and are able to clean it.

When cutting your lake trout into fillets or steaks, there are a few things you can do to improve the taste of the fish.

The red strip or line of meat that runs down the length of the fillet is known as the bloodline or mud vein.

When the bloodline/mud vein is removed, it will result in a better-tasting fillet when comparing it to fillets eaten with the mud vein still in it.

The bloodline has a large amount of blood in it because it is part of the fish’s circulatory system “hence the name,” and it is also full of nerves due to being the lateral line, which the fish uses to detect tiny vibrations in the water to track down prey.

Another step you can take that can help alleviate and fishy taste is to do what many walleye anglers do and give the fillets a saltwater bath. Soaking the meat in salt water will help remove toxins, blood, or contaminants in the meat.

You will notice after giving the fillets a short soaking in cold saltwater that the fillets will appear lighter in color and look cleaner. So anglers even use soda like Sprite as a soaking medium.

Lake trout are also fatty and very oily, you will want to remove any fat from the fish, the fatty oils and fat are one of the reasons that taste so fishy.

Can You Eat Lake Trout Raw?

You can if you really want to or are starving, but keep in mind that the lake trout is a freshwater fish, and as a result have higher levels, or chances of containing parasites.

Parasites are less of an issue with saltwater fish which is commonly eaten raw, so cooking it is your safest bet.

The flavor of a raw lake trout would probably not be good when compared to fish commonly eaten as sushi.

Can You Freeze Them?

Yes, you can freeze lake trout, and thanks to their firm meat they will not turn mushy like other fish after freezing.

It would be best to use a vacuum-sealed bag (get one here) when freezing lake trout, as this will keep the meat firm and fresh for longer periods of time.

If you do plan on freezing lake trout, you will want to eat it relatively soon, and not let it sit in a freezer for long periods of time.

While their flavor is up for debate, the health benefits of eating the fish are actually pretty good, when done in moderation due to the contaminants such as mercury that we discussed earlier.

Lake trout is an excellent source of protein, and they are packed with Omega-3 fatty acids, niacin, and vitamin B12, all of which are great for keeping your heart healthy and promoting brain development.

There are plenty of recipes out there to use for lake trout and if the proper care is taken you might just find that they aren’t as bad as some say. If you are after a great lake trout recipe, try this one for Grilled Blackened Honey Lake Trout from Michael Pendley of Timber 2 Table Wild Game Recipes.